Pima Air and Space Museum and the Davis-Monthan Boneyard

Went out to Tucson last weekend ahead of some business meetings I had in Tempe on Tuesday. Primary purpose: visit the AMARG and the Davis-Monthan Air Force Base airplane boneyard (I think “boneyard” sounds less ominous than “graveyard”, although I suppose maybe it shouldn’t). Tours of the boneyard are facilitated by the Pima Air and Space Museum, located around the corner from the base. The museum and the boneyard were both cool. 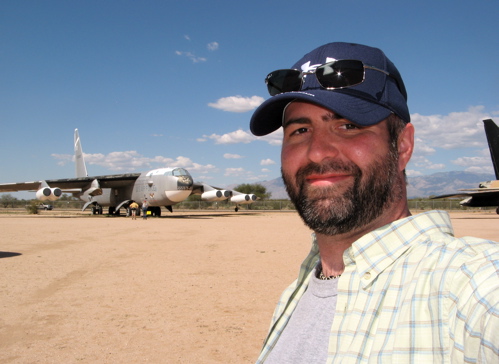 The B-52 above was one that dropped several of the x-planes — you can see the spar on the right wing where the planes were carried pre-drop. 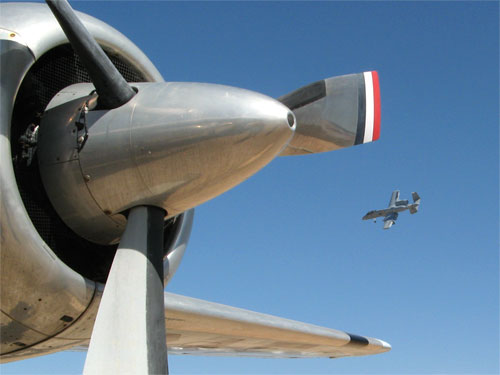 Above is an A-10 Warthog banking hard over the top of Davis-Monthan AFB as seen between the prop blades of the DC-6 that used to be John F. Kennedy’s Air Force One. 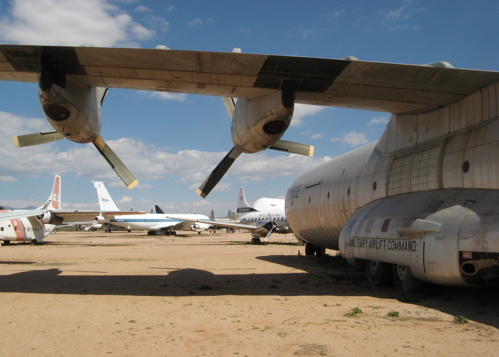 Above is a Douglas C-133B and the view from the far end of the museum’s 75 acres of airplanes.