For work. And I’m not actually a big Sufjan Stephens fan, I just couldn’t get that song out of my head while I was there. Spent Sunday and Monday with my brother and his family before heading to the conference. Returned home last night. Had a good time. Got caught out in a sudden rainstorm while trying to hike at Starved Rock, a park located 90 minutes south of the city. Also went to the Field Museum downtown after which we, again, got caught out in a sudden rainstorm (while waiting for a taxi). Conclusion: Chicago has a lot of sudden rainstorms.

Also, my brother and I went to a Cubs game on Tuesday night.

Other conclusions: There are a lot of overweight people in Chicago. A lot of white people as well.

Here are some photos, which include some white people to whom I am related, although no overweight people regardless of relation status. 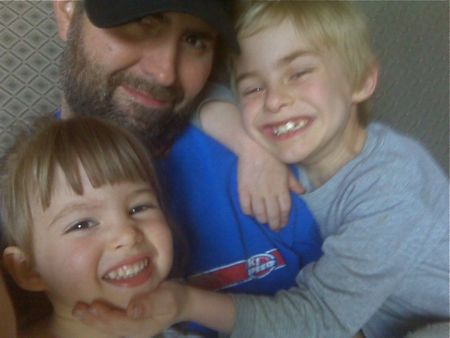 Me and my bro’s kids (a cell phone-quality photo). 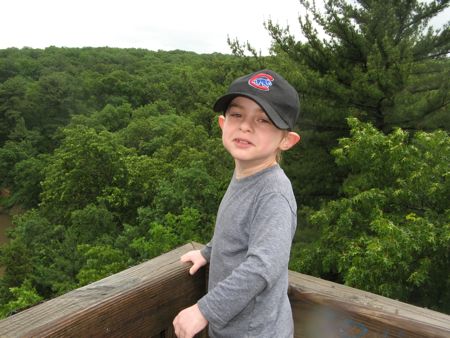 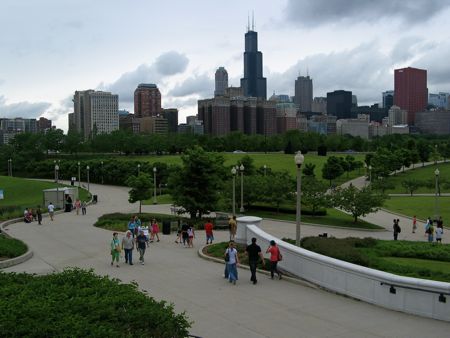 The Chicago skyline with Grant Park in the foreground. 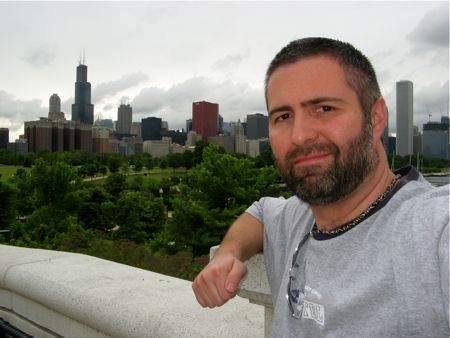 Proof I was there (or “proof that I photographed myself leaning against a wall and then photoshopped that on top of an image of the Chicago skyline” — you choose). 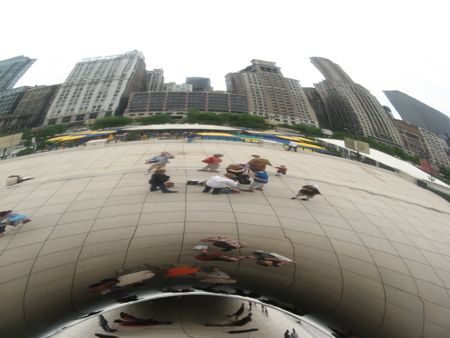 Sister-in-law: Have you seen the giant mirrored bean?

(Or at least, that’s how I’d like to remember the conversation — and I don’t think she reads the blog anyway. And if she does, she’s never commented. So I’m safe.)

Apologies if the above photos aren’t amazing. Every photo I take looks like a potential award-winner when viewed on this Mac Book Pro glossy screen, so I’ve assumed they’re brilliant.