Visit to the Chino Air Museum (Planes of Fame)

First off: best experience on the 91 ever. Ever. It was like the 909 had decided to give up driving completely on Sunday, much to the delight of the 949ers venturing inland. If the 91 were like that all the time, I’d start flying out of Ontario. Honest: *Ontario*. 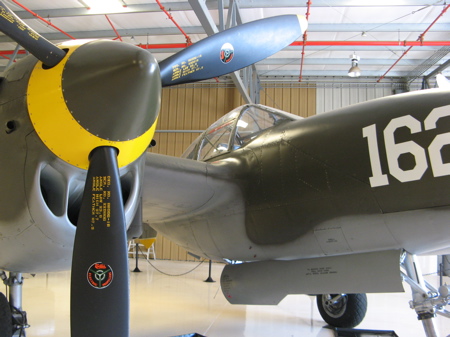 As it turns out, P-38s are about as weird-looking in real life as they are in not-real life. 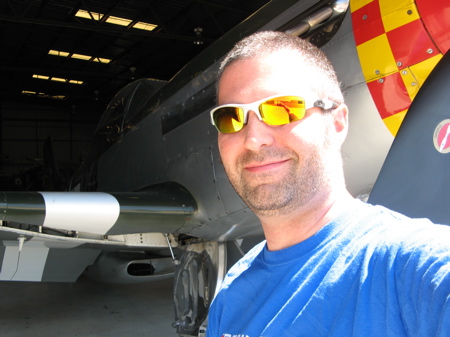 Me? I’m as weird-looking in real life as otherwise as well, thank you. And I’m totally blocking your view of one of the three restored P-51s they had there. 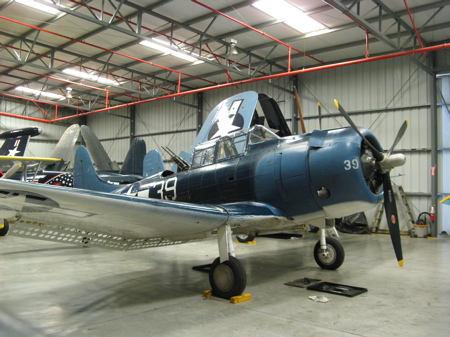 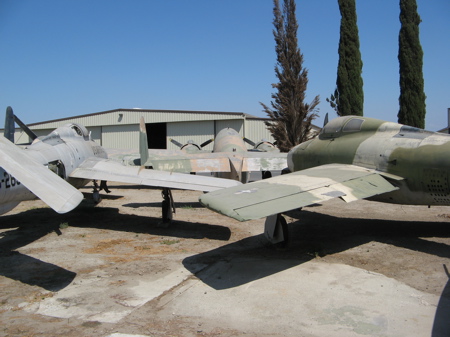 Seems like every air museum has its derelict plane section. I like this shot from the standpoint that it makes me feel like these poor old planes just want to out and fly again. And, yes, this is coming from the guy who thinks the movie Cars was kind of dumb because, well, why are they cars?!

It was a pretty cool museum for its several World War II-vintage airplanes. Esepcially cool for me as a self-styled connoisseur of WW2 (sort of). I think this was the first SBD Dauntless I’ve seen in the — well, not the wild. I guess this is pretty much just a zoo. But the cool thing about this museum is that it’s actually more of a restoration shop, meaning that they restore the planes back to flyability. Meaning that the P-51s, on given weekends, taxi out to the runway at Chino Airport (to which the museum is attached) and, like, fly. As do a number of these other airplanes.

Of course the docents are imperfect. I asked one if they had an F4F in their collection.

For you see, an F4F *is* a Wildcat. And it was put away in some post-flight hangar somewhere, so I didn’t get to see it. Plus I’m guessing it’s an FM-2 more than an F4F, meaning that, I guess, he was technically correct in the first place. Except that no one would (intentionally) say that his museum doesn’t have an F4F when it, in fact, has an FM-2.

Can’t imagine there are more than five or six flyable Wildcats left in the world.

It’s a good 2-hour flight museum. $11 for adults, $4 kids. And apparently they randomly send one or two planes up every weekend, except for certain weekends when it’s pre-meditated.