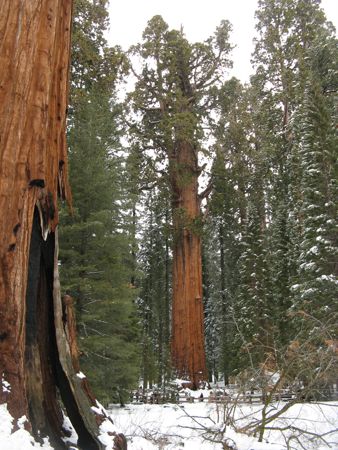 General Sherman, the “largest living thing on earth”. There are people at the foot of the tree, for comparison, some of whom were relatively large — I assumed they were from the midwest. 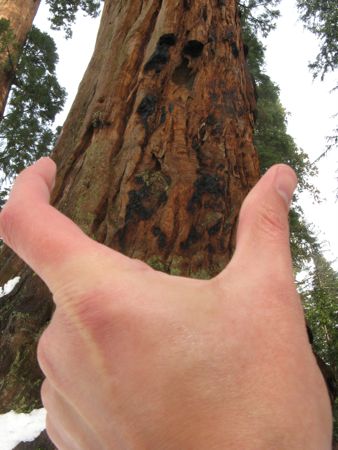 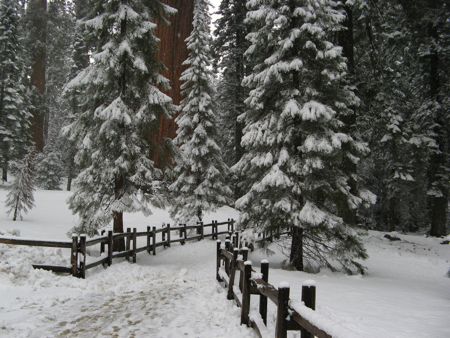 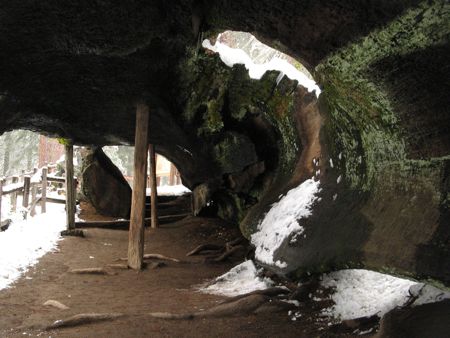 All in all, though, the trees were noteworthy and there was snow.