Houses I’m Not Trying to Buy in Pittsburgh

There’s not an immediate Plan B if I don’t get the house I posted about yesterday. I mean, Plan B is to wait around and see if any similar REOs come up in the next several weeks probably. And if not, then punt and just buy best-available whatever.

This isn’t about Plan B, though. This is about my having looked at, like, seven houses today and most of them being variations on awful that I hadn’t necessarily considered possible. The sloped rooms and all. I mean, really. Here are the seven:

Here are some photos. Everyone likes photos. (All but one of these are from nos. 1 and 4 above; really should have photographed the lamb’s blood in no. 3.) 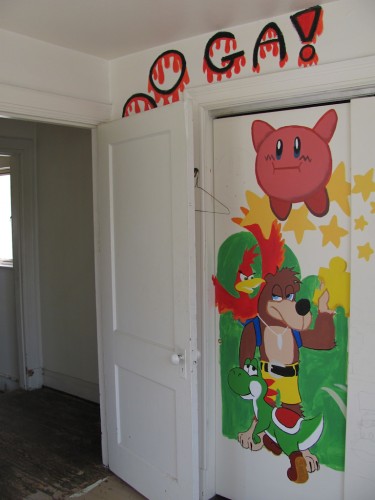 The shame of it is that the artist didn't sign his (her?) work. 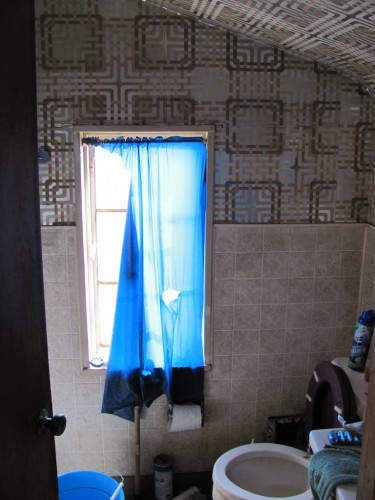 You can't *really* tell, but the wallpaper in this one is reflective silver. Would have worked great in East Germany.

(Which is not to say that it doesn’t work great in Pittsburgh.) 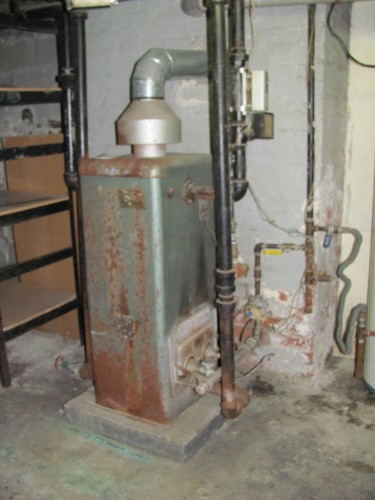 A boiler! My agent said it needed to be replaced (by a NEW boiler!). And unfortunately we didn’t not come into contact with any of what he called “octopus furnaces”. 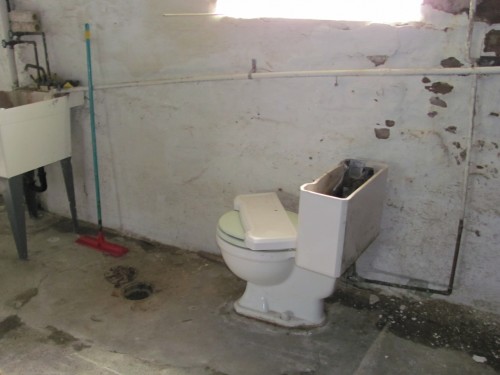 This is a real, functioning toilet that’s in the middle of the basement floor (or off to the side, I guess). Apparently this is a thing here in the Burgh — it’s actually called a “Pittsburgh toilet”. According to legend, the steel mill worker would come home covered in soot and slag, enter through the side door, then head to the basement to… well, take a crap I guess. There was probably once a shower head down here next to the toilet, which may have helped with the soot.

And no walls. Basement toilet stall walls are gauche. Or they were 100 years ago.