The less preamble the better. 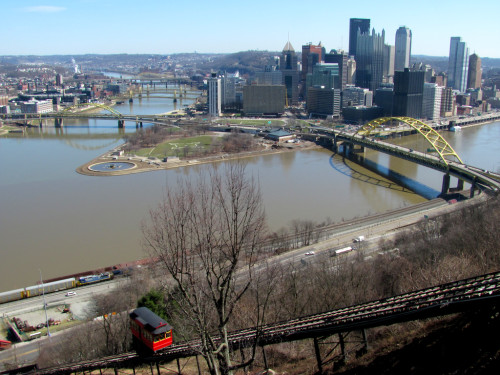 The One View. Downtown Pittsburgh and the "golden triangle" taken from the top of the Duquesne Incline on Mt. ("Mt.") Washington.

And with that out of the way, here are some photos of driving on 376 from the airport into the Oakland part of town where Pitt’s campus is. It’s not a great photo essay, but whatever. 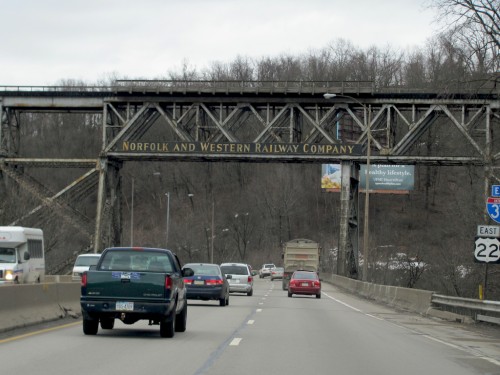 There are a lot of railroad overpasses there. I get the impression that if Pittsburgh ever needed to get its steel economy rolling again, the infrastructure would be ready for business again within about a half-hour. 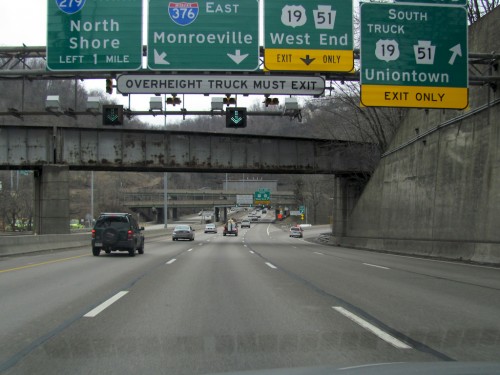 Getting close to the Fort Pitt Tunnel. 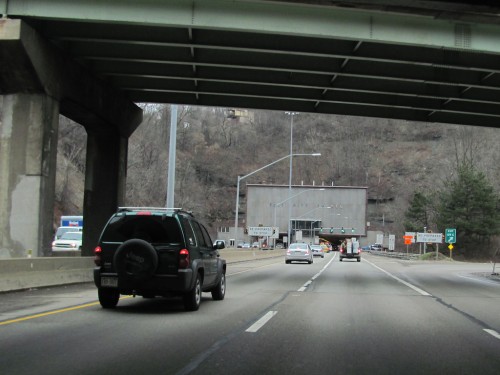 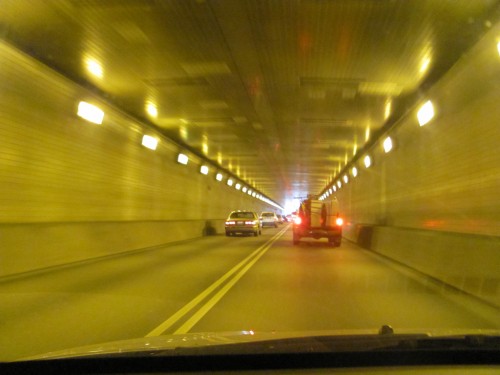 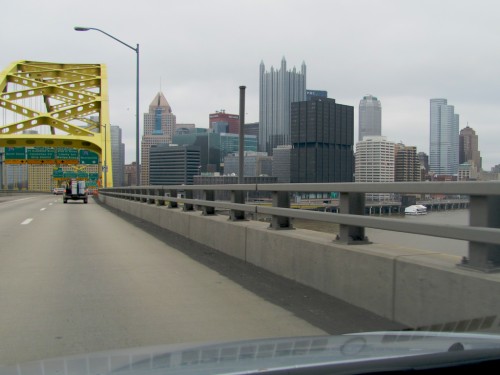 It’s hard to capture the drama of exiting the Fort Pitt Tunnel heading into downtown while trying to simultaneously operate a motor vehicle at 60 miles an hour. That said, the sudden view you get when you exit the tunnel is about as dramatic a moment as a person can have while driving. Especially if you do it at night. Highly recommended, especially for a first time entering the city. 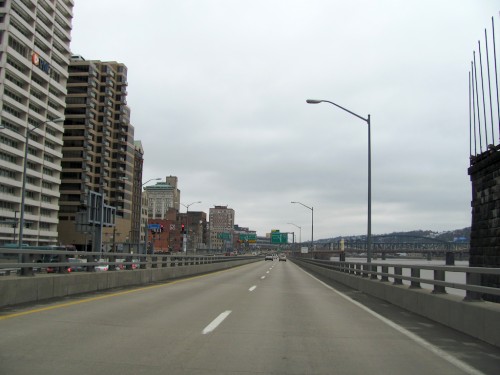