First of the Gang to Die 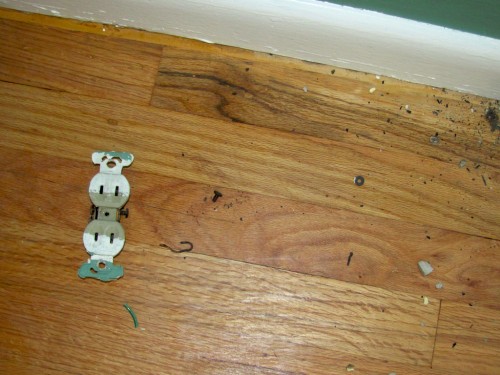 My greatest victory of the project so far: fixing the one bum circuit in the upstairs. I’ve had only occasional electrical in my living room and two big bedrooms. For some reason it took me a month to figure out that the problem might be caused by one bad connection at the start of the circuit. Then it took me two more weeks to figure out that the outlet in the corner of the living room — you know, directly above the breaker box in the garage, might be the first outlet on the circuit. Then I replaced it and everything worked and, yeah.

Here’s what the inside of that outlet box looked like: 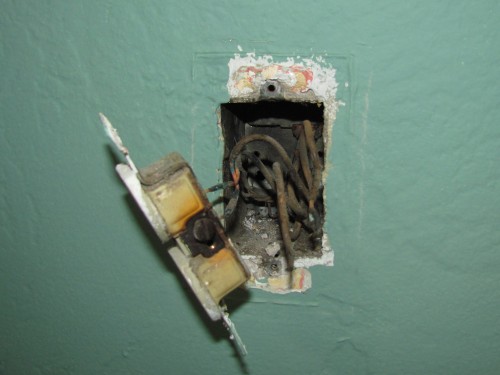 You can sort of see that the shielding has worn away on those wires there. I guess that’s bad. Trimmed them down, taped them up, stuck them back in the box. Brilliance on my part. Also, turned out that these old outlets are grounded after all (even though they’re two-prong outlets), which is sort of super.

I’ve also started (very gradually) swapping out the other outlets and light switches. 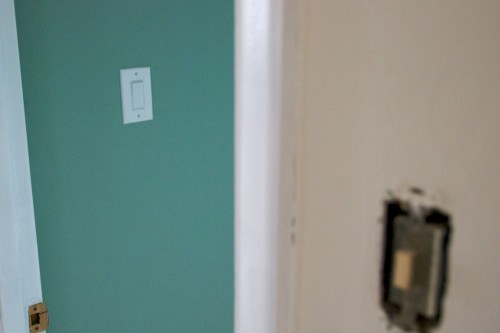 The old push-button switches look all cool and stuff, but in reality they just sort of don’t work well and I’m replacing them. But cool-looking.