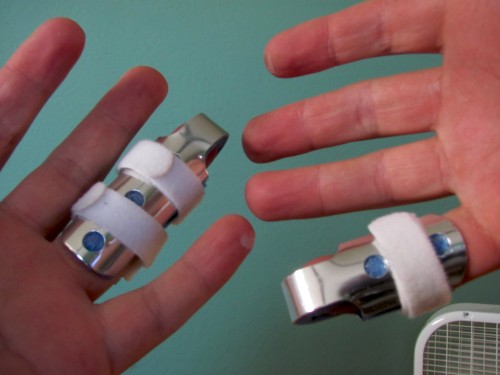 There’s nothing like a medical condition that makes you feel old while at the same time emasculating you. Because it’s most common in women over 40. Anyway.

Not sure whether this means I just stop doing anything with the house or what. It’s going to be hard to be here without trying to do stuff, since:

Guess I should’ve gone to Oregon for the family reunion. It’s amazing how pretty much everything I sort of am interested in doing requires me to grab stuff. I’m not sure I should even consider hiking in WVa, since all the interesting hikes there have river crossings and I’d be mad trying to do them without poles. Also unsure about fishing, since it’d require me to have my hands in curled-up positions.

Instead I’m heading to Southern Virginia — it’s cheaper than Oregon on short notice and most of what there is to do there is passive (read: a lot of looking). It’ll keep me off my hands for a few days and then when I get back I can maybe re-evaluate. Also, in case you were wondering, it doesn’t make sense to visit a doctor until September when I have real insurance and not the kind with the $5,000 deductible.

I dunno. Maybe this is the blown transmission of the house renovation months. I swear I’m not just trying to find excuses to avoid painting doors.