Went to PNC for a couple of Pirates games on their last homestand (they lost the second game — stupid Padres). Great park, great atmosphere, seems really well run and their aren’t any potholes in the concourses, which makes it feel like you’re not in Pittsburgh. 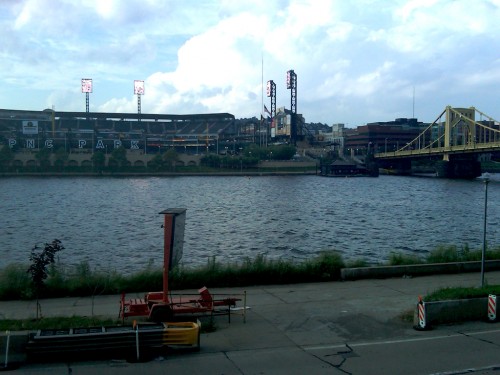 Coming in from the east (or south), the recommended parking is all downtown. Works out pretty well — $5 parking and a 10-15 minute walk, depending on what garage you ended up in. The walk is also cool as the closer you get to the park, the more fans you’re walking with and then crossing the (pedestrian-only on gameday) Roberto Clemente Bridge makes for a pretty dramatic final leg of the journey. 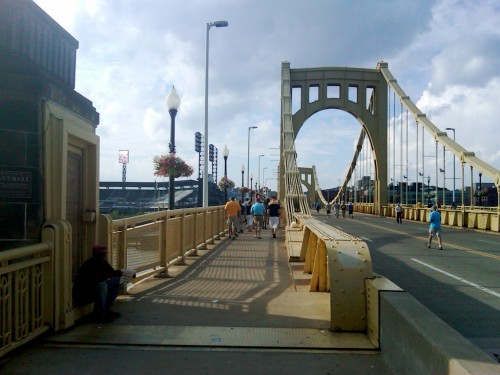 The views from the park side of the Allegheny River are also pretty good. 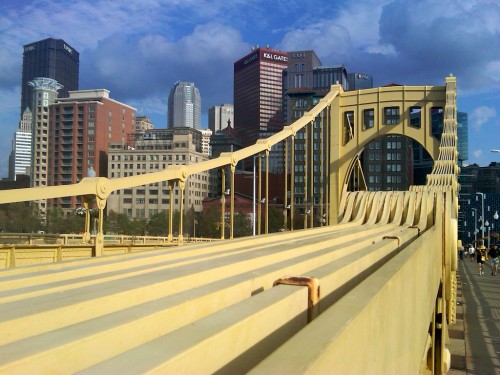 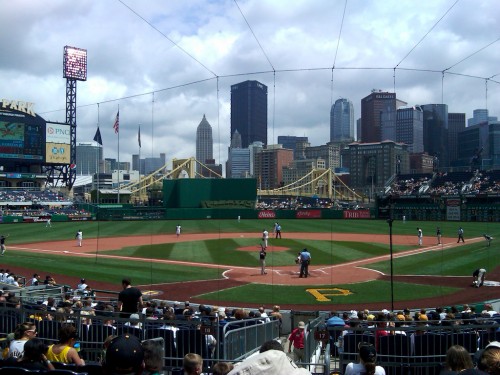