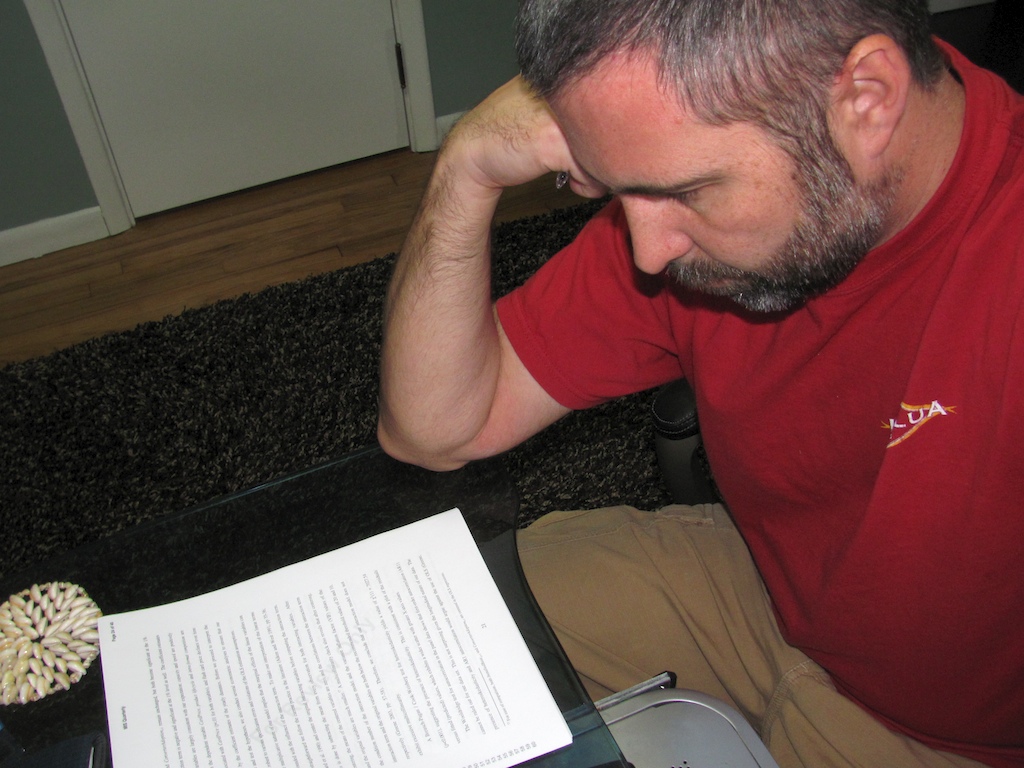 Labor day a year ago, I was waking up at 4:30 AM and heading out onto the Nina Moose River with a rented canoe, heading toward Lake Agnes in the Boundary Waters Canoe Area. This year on Labor Day? I’m writing blog posts in order to avoid doing readings for school. What a difference a year makes. 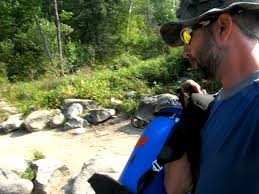 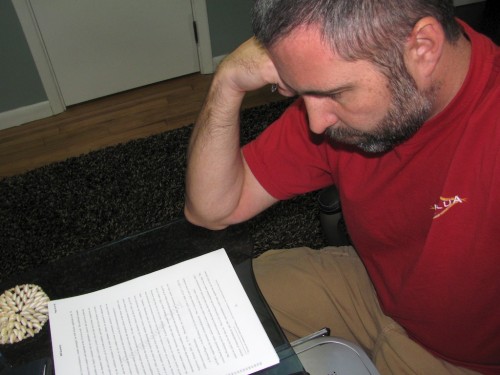 I miss that trip like I assume most people miss, like, people. I start getting choked up when I start flipping through my photos. Seriously.

Oh well. In memory of the events of last year, here’s an FAQ made up of a few questions I’ve been asked a lot and a much larger number that I’ve never been asked. I guess it’s more just a Q.

Q: What was your favorite place?

A: I understand why that seems like a good question, but it’s not. Seriously, think about it. I was on the road for 129 days, each of which included a very different experience from the one before. What set of criteria could be used to reasonably answer that question? I haven’t come up with one.

Q: What was the prettiest place then?

A: Seriously, that’s the same question. Going back through my photos, I think the Sierras were the most photogenic, but while I was there I don’t know that I felt I was in a prettier place than, say, the Hoh Rain Forest, Glacier, Pictured Rocks, Cathedral Canyon, or in its own way Manhattan.

Q: In which of the places you visited do you think you might want to live?

A: That one’s probably better, although it involves accessing information that had nothing to do with the trip, e.g., average tax rates. But whatever: the Nevada side of Tahoe, Western Oregon, the Spokane area, Western Montana, Northern Michigan, and South Carolina.

Q: After four-and-a-half months, weren’t you sick of it?

A: Not at all. If I could figure out a way to do that as a full-time gig without starving to death or running out of gas, I would absolutely do it. Aside from the fact that it was getting into mid-November and getting pretty cold for camping, I was very disappointed when it was over.

Q: What was the best part of it?

A: I think anyone who might have asked this one was hoping I’d name a state or a park or something, but, yeah, no. The best part of it was being almost entirely free from group social norming, while at the same time feeling like I was making legitimate, productive use of my time and energy.

Q: Do you think it would be as good if you did it again?

A: Probably not as good. One of the other great feelings I had on the trip was the constant feeling of discovery. Obviously I did not “discover” the Adirondacks or Pedernales Falls, but I’d never been there before, so it was all brand new. I imagine it wasn’t *quite* the same as Columbus “discovering” the “New World”, but I’m guessing my feelings were at least 80-percent of the way there. That said, I really enjoyed living out of my truck, traveling from place-to-place, and engaging in a wide range of activities that I couldn’t do while strapped to a desk and executive chair. I think those good parts would always be there for me and that they’d be enough to make re-engaging in that lifestyle a worthwhile endeavor. There are a few more things that I’d like to do such as whale watching california. So I may have to schedule a trip in the not too distant future.

Q: Wasn’t it hard to sleep/eat/shower?

A: Not really. After the first week sleeping in the truck, cooking over my JetBoil or Coleman stove, and looking for campgrounds with showers or a private site to set up my portable shower bladder was just normal. At first I felt a little deprived without running water, convenient lighting, or the ability to sit up in bed without hitting my head on the camper shell ceiling, but I got over that. In fact, after the first few nights, I generally slept as well or better on the trip than I did prior to it or have since.

Q: You had a very detailed itinerary. Did you ever feel like you’d over-planned?

A: Not once, no. I planned the exact right amount for me. If I’d done less planning, I would have done less and felt guilty about wasting opportunities. This was another one of my favorite parts of the trip — it was a great stoke to my ego to plan a detailed itinerary, packing list, and considerations for road life and then for that plan to work out exceptionally well.

Q: Is there anything you wish you would have done differently?

A: A more fuel-efficient vehicle would have been nice (although it would have to be large enough to sleep in still, which really limits the options and, from a cost perspective, running my pick-up with its crappy mileage was a more cost-effective solution than purchasing a purpose-bought vehicle, although it was recommended that I check out some Used Chevy Dealers). I also took some stuff I didn’t need (the generator never came in handy, I didn’t ever use the X-Box except so that I could say I did, and I could have easily done without my bicycle and inflatable kayak).

Q: Was four-and-a-half months the right amount of time to see all the lower 48 states?

A: Apart from the fact that I wished the trip had gone on longer, yes, that was a pretty good duration, although it also includes about seven days “off” so I could work on grad school applications as well as about seven additional days spent waiting for my transmission to get fixed. If I’d gone less than four months, I think I would have felt deprived to some degree.

Q: Did you visit everywhere you wanted to visit?

A: I visited everywhere I *planned* to visit. I would have liked to have gone to the Everglades and Florida Keys, but they were a long way out of my way and it was the wrong time of year for either location. I also woud have liked to have visited a few places in the mountains in Colorado and spent more time in Southern Utah, but, as earlier implied, it was getting too cold to comfortably camp in those locations.

Q: What did you learn about yourself on the trip?

A: I’m still parsing that one. I was surprised at how much I enjoyed it. I was surprised at how rarely I wished there were other people around — I’d imagined that if I indulged my asocial tendencies to the degree planned on the trip, I’d eventually realize I needed people more than I thought I did; it didn’t turn out that way and while I was happy when I got to see friends and family along the way, I was hardly unhappy when I didn’t.

Q: What did you learn about the country?

Q: What did you learn about people in the US?

A: They’re scared and like the security of groups. I think I always knew that and I think it’s possibly less prounounced in the US than it is in other parts of the world, but still, the trip kind of brought that home. There aren’t a lot of people who are willing to risk arriving at independent conclusions or taking independent actions based on objective considerations.

That’s been further hammered home after the trip. I’ve had numerous people tell me they would “love” to do something similar — but they never will, because doing a trip like this poses some social risk (family, job security, whatever). In what sense, then, would they “love” to do a trip like mine? I’ve come to accept that when people say they would “love” to do something, what they really mean is that if they had infinite time and resources and there were no possibility of social repercussions, they would consider doing it.

A: Generally speaking, when conversations occurred, people were disarmingly friendly. This was considerably less true of old people in Oregon and more true of middle-aged and older single guys, who seemed to have a native understanding for what I was doing and why. Some of the regions that I’d thought would be the most stuck up (Vermont and Maine in particular) had, in fact, some of the most gracious and easy-to-interact-with people that I met. From a random-person-you-meet-on-the-street perspective, Americans are pretty cool.

Q: Where did people have the best accents?

A: The Maine accent was compelling, although I only understood about 80-percent of what the master practitioners were saying. I was also taken aback when I got to (inland) Virginia, heard some locals talking in a diner, and realized they weren’t faking it.

Q: Where was the best driving?

A: Aside from “anywhere where there were no cars”, the upper two-thirds of Michigan were excellent. The drivers there were generally fast, competent, and cooperative.

Q: Where was the worst driving?

A: The South. They dawdle on the road, stop and turn suddenly and without warning, and are wholly impolite when behind the wheel. They will not let you merge and have no compunctions about honking any time you seize the initiative due to their uncooperativeness.

Q: What part of the country felt the “most free”?

A: What an odd question; fortunately, I’ve considered it and have an answer. I was shocked to discover that the western states, from a number of perspectives, feel considerably more weighed down by Big Brother than eastern states. The most aggressive anti-driver messaging in the country is in Wyoming, where every road sign threatens you somehow (“if you speed, we will catch you and you will pay”). There seems to be considerably more trust in a number of the country’s older places, e.g., the midwest and extreme northeast. But the answer is Texas or South Carolina.

Q: Do you think you’ll do another road trip like this again?

A: I hope so. I’m going to be trying to justify doing it after my third year of grad school here, department-willing. I’m also hoping to take a road trip through BC and Alberta and up to Alaska next summer during break.

Q: Why don’t you write about the trip and try to sell it?

A: Because the after-the-fact reflections on the trip would come off as life-affirming as this post. And even if they didn’t and I went with a tone and content set similar to what was on the road trip blog, who would pay money for that? And even if someone would, they still wouldn’t pay very much. I think people who haven’t checked into it usually over-estimate the amount of money made by writers. Writing pays like it’s an avocation, not a vocation.

So there you go. One day I’ll write my coffee table book. It’ll probably be about as upbeat as this blog post and, no, no publisher will pick it up — but that’ll be okay. I’ll be the only one who needs to read it anyway.