Spooky and Peek-a-Boo Gulch II: Revenge of the Slot Canyon

Right, so headed out to southern Utah a couple weeks ago to meet up with two of my brothers and go backpacking in the world’s longest hikable slot canyon, Buckskin Gulch. Then it was too cold (per the ranger, the puddles were waist deep and, per the weather report, it was below freezing overnight therefore, per common sense, we considered the likelihood of frostbite), so we bailed on that one and drove up to Escalante* instead.

I hiked Spooky and Peek-a-Boo Gulches about the same time last year. It didn’t change much during the intervening 13 months. Here are pictures (obviously). 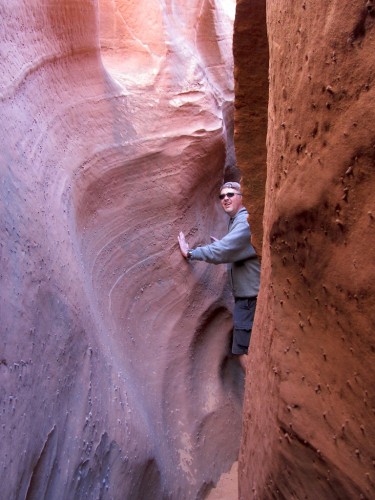 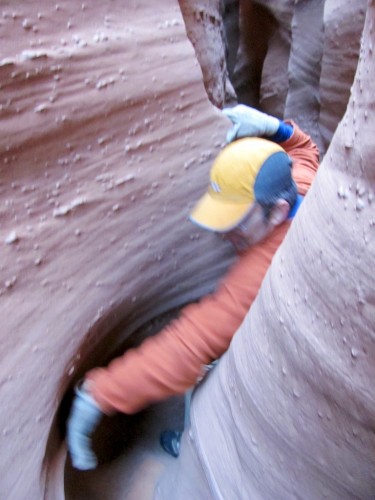 Getting through the gulches requires some amount of athleticism (or your older brother to offer you a hand): 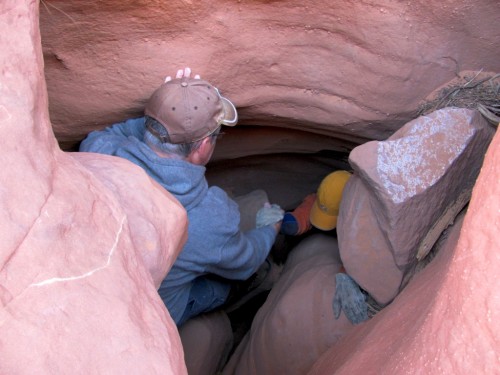 It was sort of a rock-fall chimney that you had to climb through. I took the photo from the top part (I went first since I was athletic enough), Garry’s at the middle part, and Craig’s coming up from the bottom.

And then Peek-a-Boo has cool little features like this: 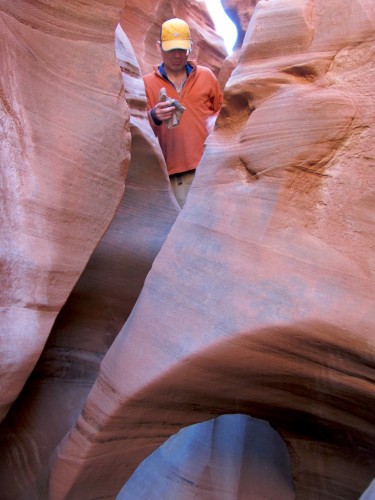 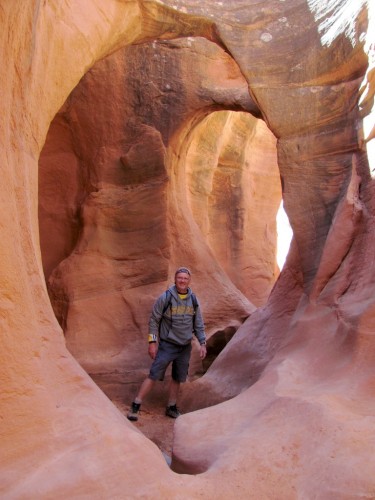 And then there’s the 20-foot drop to exit Peek-a-Boo, which isn’t as bad as it sounds. This is an awesome hike, btw. It doesn’t hold a lot of surprise for me at this point, but I’d do it again tomorrow just because it’s a fun set of situations to have to navigate.

Then we went to Lower Calf Creek Falls, which I’d also visited before (on the road trip). Not much wonder there, either, but a nice, easy hike and still pretty. 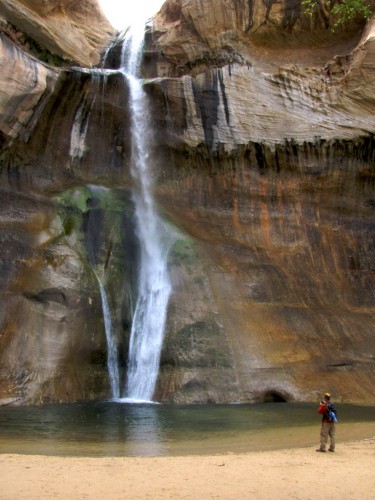 And then we went to Coyote Gulch on an overnighter, but that warrants its own post. Not that I’ll necessarily get around to it, just that it’s warranted.

* That is to say, Grand Staircase-Escalante National Monument**, which is accessed via the town of Escalante.

** AKA, the Bill Clinton Came in Third in Utah, So He Didn’t Care about Pissing People Off There by Surprise-Executive-Decreeing a National Monument That Locals Didn’t Want Monument.