I was there for a conference. By and large it’s a nice place for a conference. It’s like being at work, but with nicer weather. And yeah, I know, I can find a problem with anything. But that’s because there are, in fact, problems with everything.

I am nevertheless comfortable in asserting that Maui is the least interesting of the Hawaiian islands with which I’m familiar. I can see why someone would like it, but those antecedents of “like” would correlate strongly with that someone and I being generally incompatible as co-vacationers. FWIW. Maui would be great for someone who wants nice weather, a mega-resort, a mall with expensive boutiques and galleries, sub-par restaurants, and resort-style golfing.

Here’s a photo of sunset from the hotel pool: 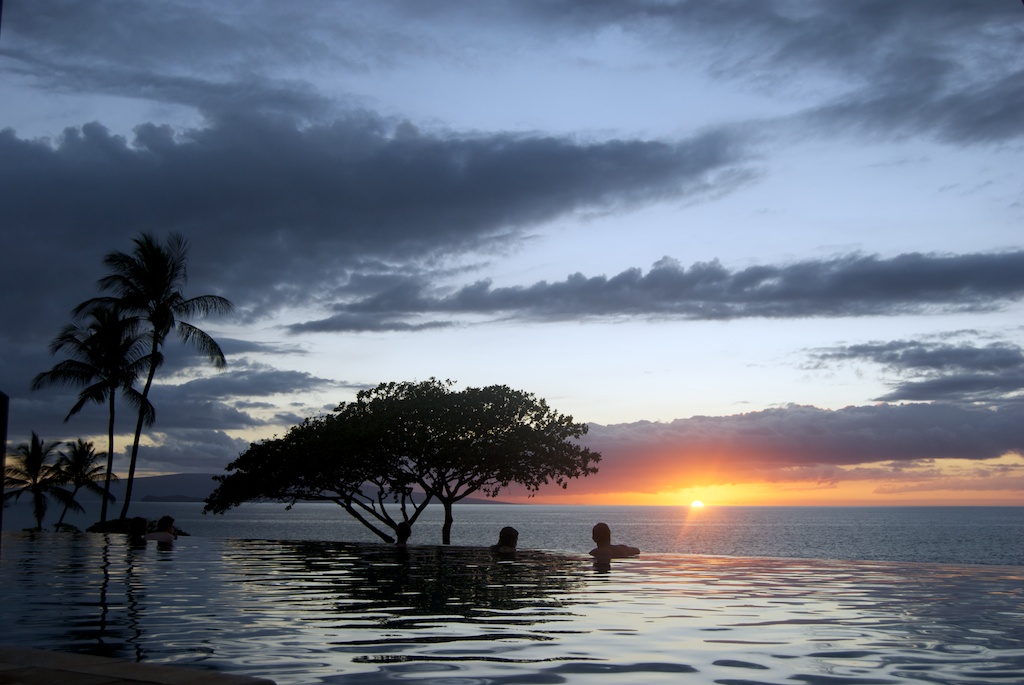 I think it’s a nice photo and all, maybe even enticing. But what amount of time on your Maui vacation could staring at sunsets across pools productively take up? I’m going with eight. The second sunset you stare at is cliché, and by the third one you’re just desperate for meaning. Um, IMHO. So then what are you going to do for the other 6 days, 23 hours, and 52 minutes?

Well, there are a couple things. Maybe even three:

So it’s got that going for it.

Here’s a photo of a bird taken from the lanai of the hotel room at the mega resort that we stayed at (because it was close to the conference): 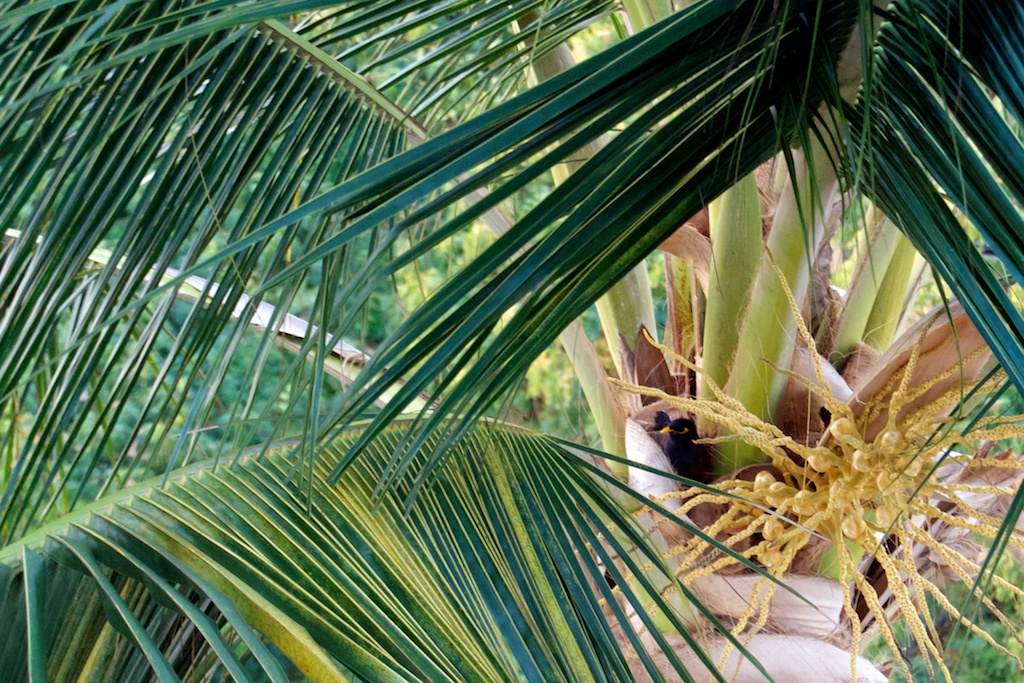 See that little black bird in the tree? Awcute, right? Except that it’s loud, it’s everywhere, and it’s a non-native species. In a sense, it’s a type for the real problem with Maui:

*Tourists*. And there’s nothing for them to do. No way to disperse. Just sitting around the pool mutually reassuring themselves that they’re doing something interesting.

The place is dominated by the mega-resort whether in Kihei-Wailea, or the whole Lahaina-Kaanapali mega-hotel-opolis. It’s hard to break free from these places and there aren’t a lot of reasons to do so (other than the three above and to buy groceries at Wal-Mart). Maui ends up feeling like the Las Vegas strip, but without all the stuff to do.

Long story short, I’d like to go to this conference again, but probably when it’s on some other island.

Here’s a picture of water: 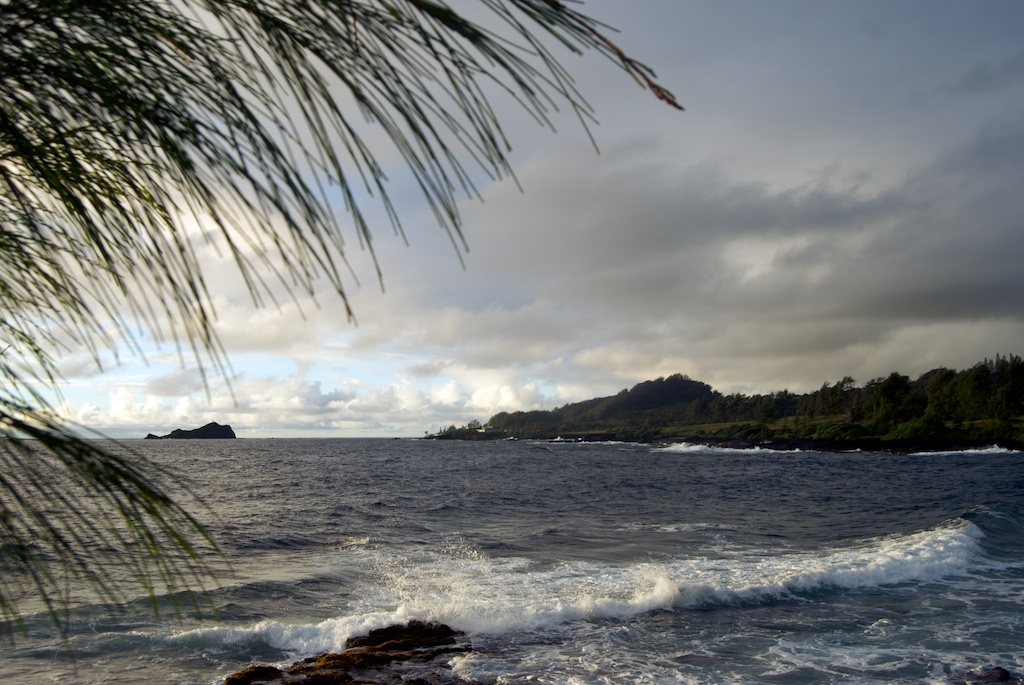