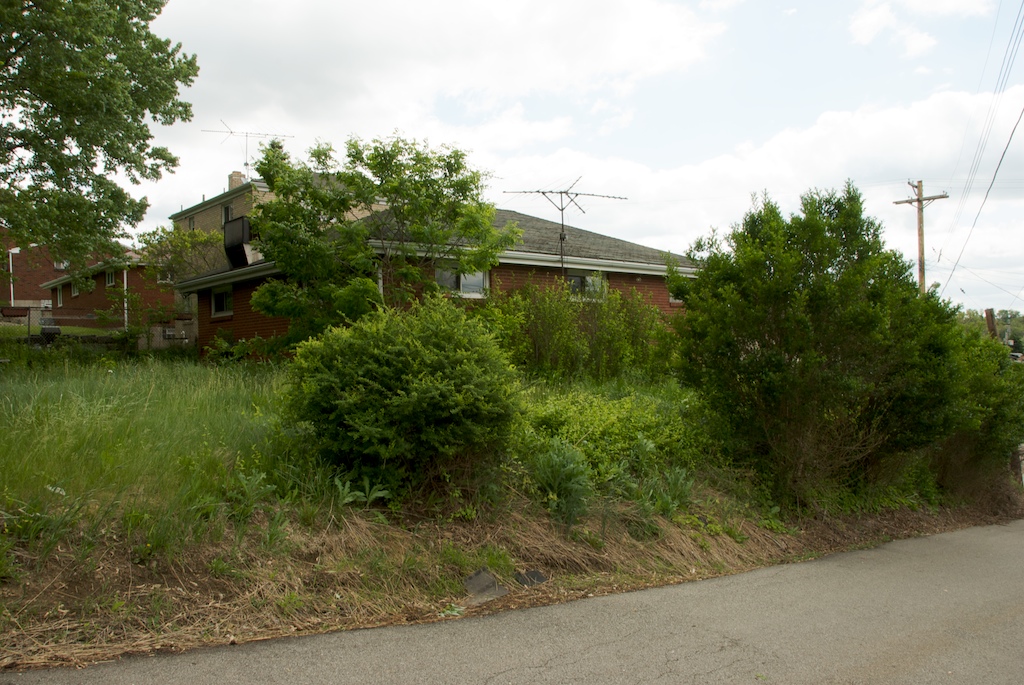 Side Hill Lie, or: How to Make Stuff Grow on a Vertical Slope

Which implies I’ve “made” something grow. I don’t think I have that kind of power to begin with. And anyway, I’m not sure any growth has actually happened on the vertical slope. And if the slope is purely vertical, is it still a “slope”?

Still working this angle, but wanted to at least get the names of plants written down somewhere.

Here are some before/after pics. The before is from when I moved in (almost two years ago), the after is from this morning. There were a few stages in-between. Mostly not pictured. 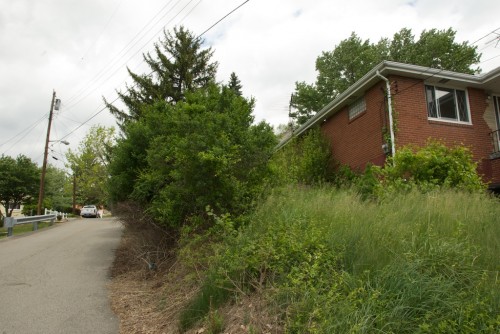 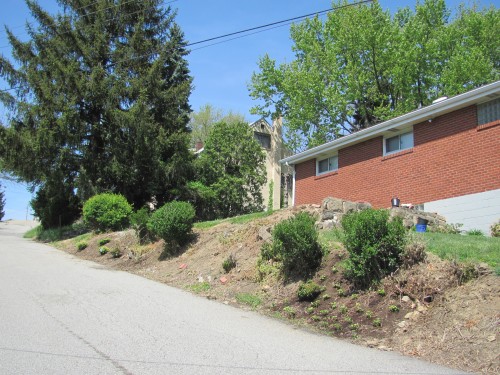 It’ll look better once it’s got mulch on it. The little green guys in the foreground are pachysandra. The guy at the nursery said they’d be great, but everyone online says that full sun will scorch them. We’ll see how it goes. I’m kind of holding off on buying any more flats until — I dunno. I don’t think this will get answered in the next few weeks. I should have gone with plumbago.

The established plants are privets even though they look like they’re just more box woods. In the before photo, they’re the plants that are 10 feet high or whatever. A couple of them got hacked down to stumps at some point and are now trying to come back. I wish them good luck. At the bottom of the two privets in the foreground is a “valley rose pieris”. When it gets bigger it will look less like a weed. And I still think adding bark will help.

Here’s looking at the back half of this side hill (if you’re bored already you can just stop reading — it’s fine). 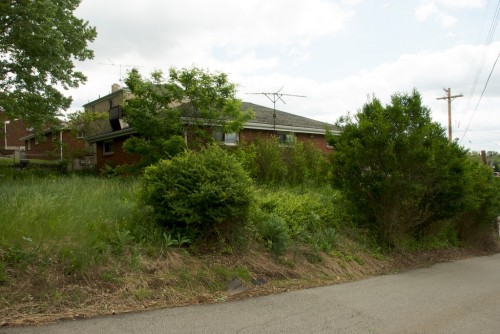 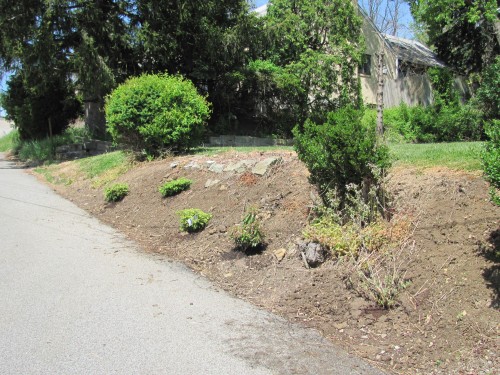 The after photo is from the other angle. It’ll be okay. The thing that looks like a pile of sticks in the foreground is a butterfly bush; it will supposedly look better in a month. Then there’s another privet behind that, then another pieris, then those three other green guys are bird’s nest spruces. Swell. Up above those is one of the survivors from the yardpocalypse that preceded my arrival (it’s just a mature boxwood). I’m thinking I’ll try and fill in some of these blank spaces with more ground cover (either the pachysandra or the plumbago).

Just one more area. This is the side yard just above the side hill. 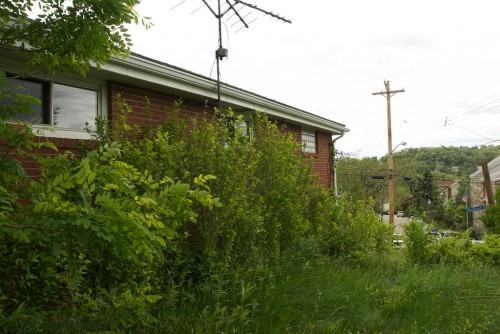 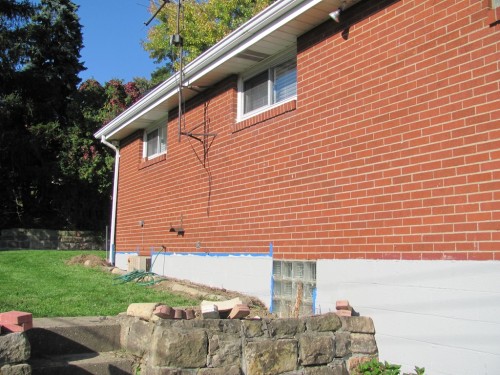 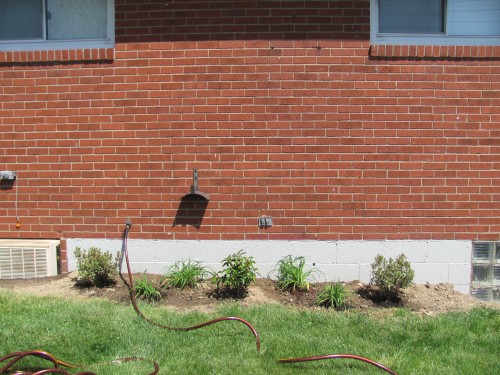 It’ll look better with mulch. And with the hose put away. From left to right, silver sword azalea, little business (¿) daylily, stella d’oro day lily, peppermint mountain laurel, stella d’oro day lily, little business (?) daylily, silver sword azalea. Which of course ignores the air conditioner in the one window well and the other window well that doesn’t have a well liner.

One of the missionaries in the bad ward told me one Sunday that the thing he missed most from home was being able to dig things. That’s who took care of the rose-of-sharon (continued thanks).

I’m hoping the a/c pushes into the house rather than out of the house. I’d have to dig if it’s out. Probably a lot.

PS, I also transplanted a hydrangea out of the front yard and into the back yard where there’s a little more shade. In its place I planted three new azaleas that were on sale for $5 each.