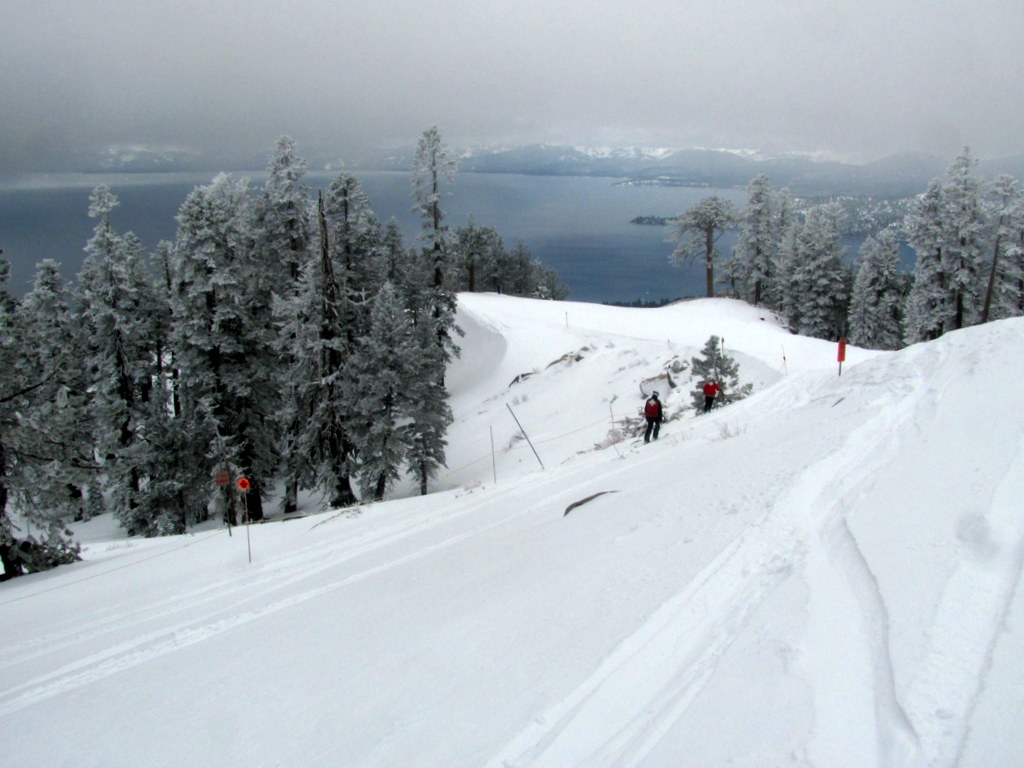 I wrote all these up on the plane ride home. FYI.

I’m probably just a sucker for ski resorts with lake views, but I loved Diamond Peak, despite its shortcomings and quirks. I liked the laid-back vibe. The unpretentiousness caught me off guard (I figured Incline Village’s hill would be  more uppity), parking was easy, and the random lift strangers were friendly and engaging. The skiing was also pretty good. Spent most of the day on Crystal Express sampling the diamonds with occasional forays on Lakeview. Snow was chopped powder most places, with some fun in-tree, un-tracked around Eagle Bowl and a few other gladey places elsewhere on the mountain 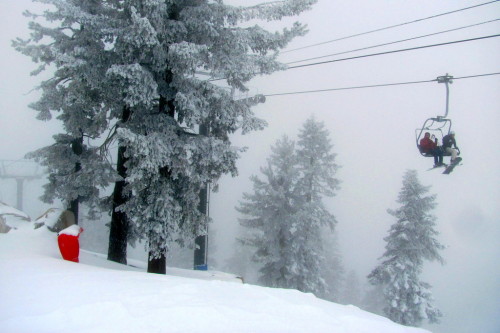 A little fog at the top of the express lift. 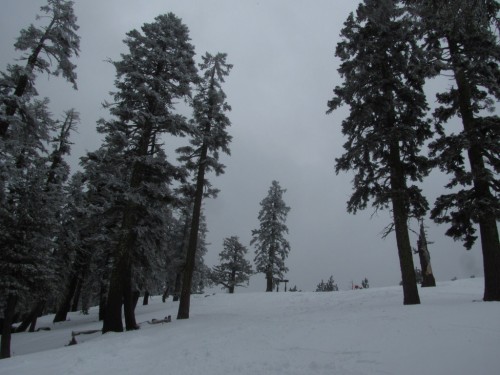 Looking up-run (this was “Lightning”, I think). 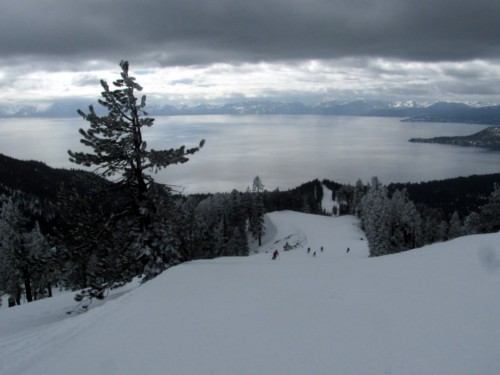 View from the ridge. 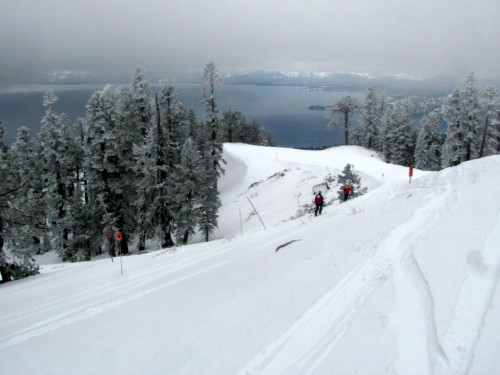 View from the sort-of untracked.

I took these using my goofy video cam: 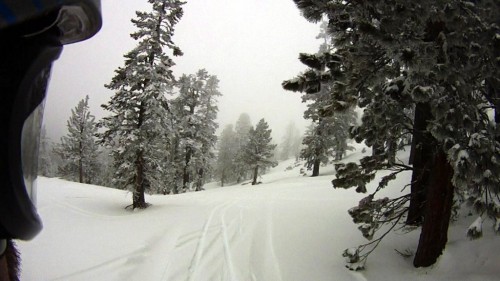 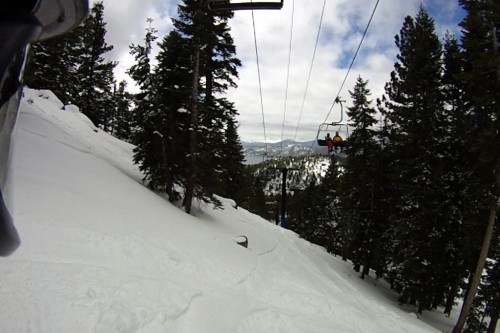 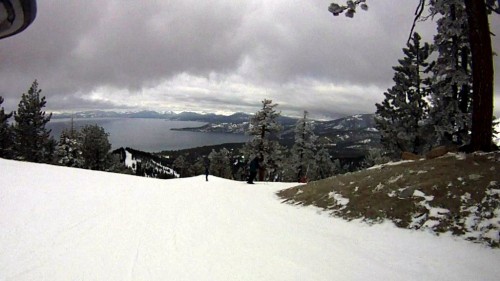 The place would probably start feeling small after a couple visits in a season, but I liked Diamond a lot.

Wrap-Up (for the Whole Trip I Guess)

The trip turned out to be phenomenal. I like spring skiing days and I liked getting to experience powder conditions that I haven’t seen since I decided to start skiing again last season. At the risk of igniting an east coast-west coast debate, by Monday afternoon I’d decided my next year’s ski trip destination wouldn’t be Vermont again after all. Even if Squaw wasn’t as transcendent as hoped, the trip overall was generally very nearly euphoric. I was mad when the lifts closed down every day and when I skied my last off Diamond on Friday, it felt like I was, I dunno, being sent back into some sort of dungeon or something.