It was supposed to be five days, but then I got bored, lonely, and dehydrated. Plus the fish weren’t biting on flies and it was super-crowded. Nice place, though!

At one point, I had the perfect recommendations in mind for how everyone should do this hike. Now? We’ll see.

Here’s the prime payoff pano of Island Lake. I worked two whole days for this.

First night I hiked to Upper Sweeney Lake, which was about a five-mile walk from the Elkhart Park trailhead.

The first couple miles of the hike are talked about in un-glowing terms (e.g., “tedious”). I can see what they were getting at, it’s sort of a tree-prison, but it’s a gently-sloped tree prison where the trees aren’t entirely right on top of you and that opens up into meadows often enough. In other words, it’s a tree prison you can live with (with which you can live, sorry). 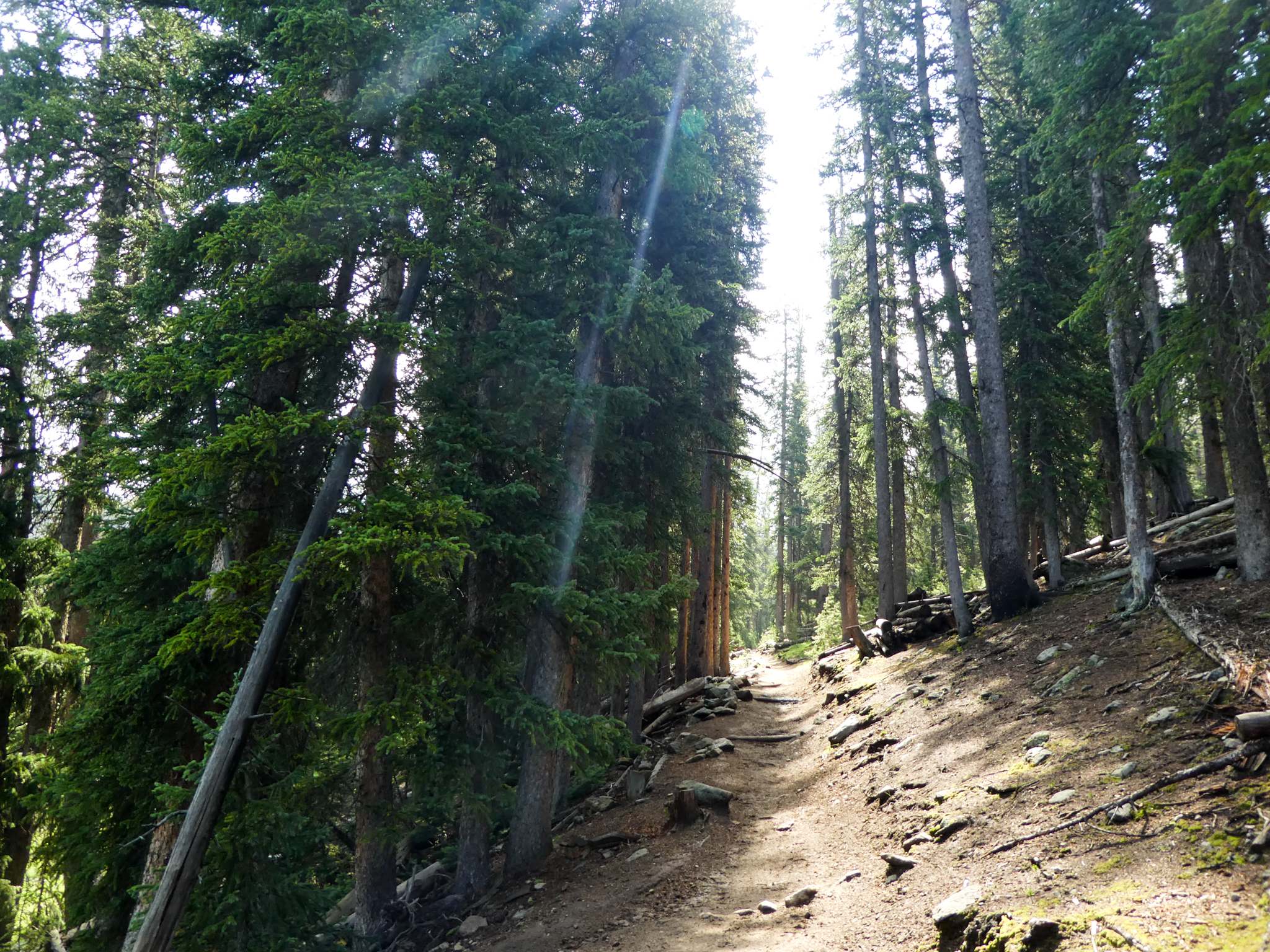 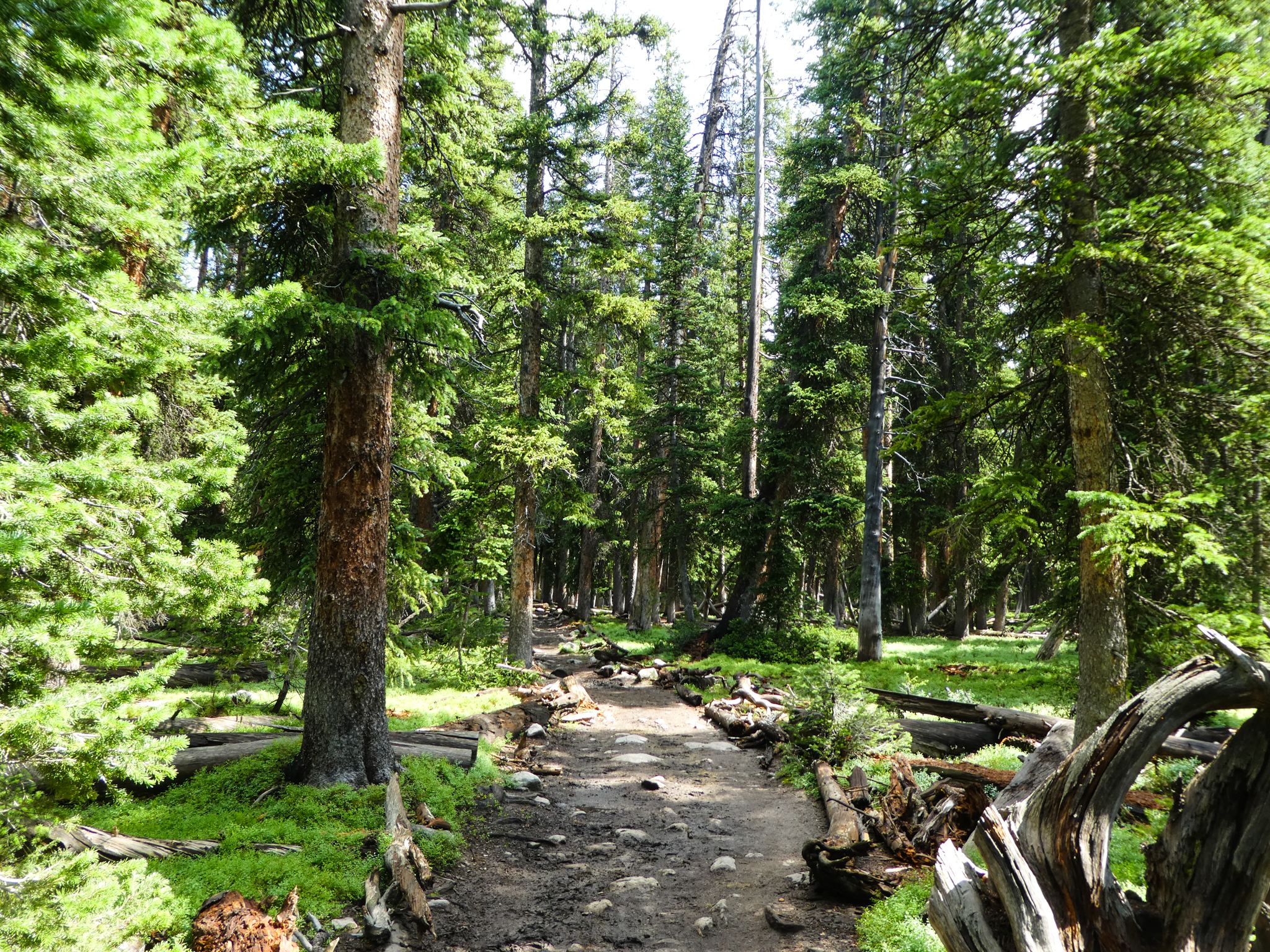 Eventually the trail breaks into a large meadow (possibly “Elkhart Park”), from which you can see the jagged Wind Rivers in the distance. This is the point where the trail branches (it’ll reconvene later): photographer’s point to the north, or the Sweeney lakes to the east. I went east. 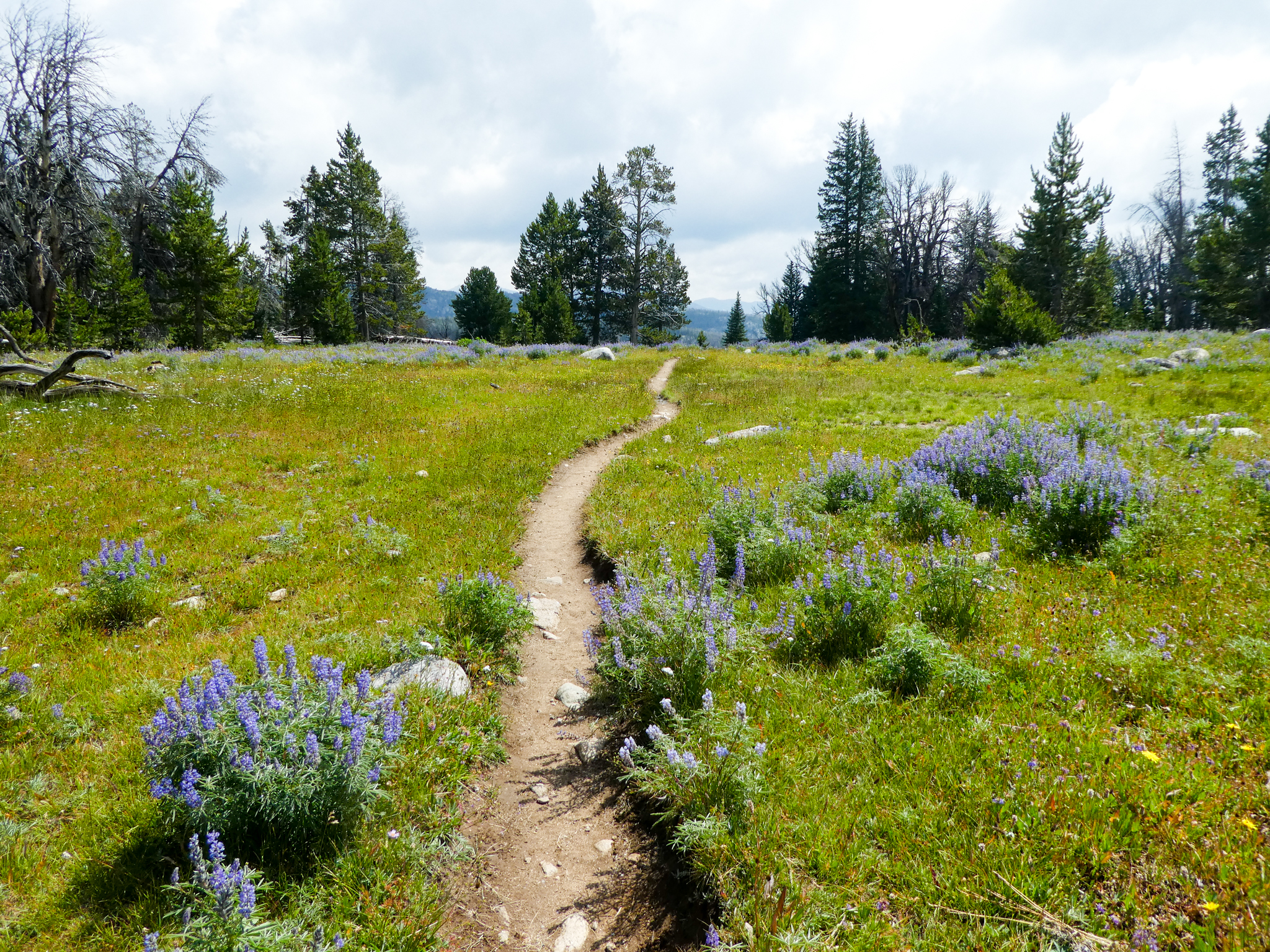 The trail then drops into a basin, where I encountered my first lake of the trip: Miller Lake. This hike is eventually all about lakes, and this is arguably the least photogenic. I mean: 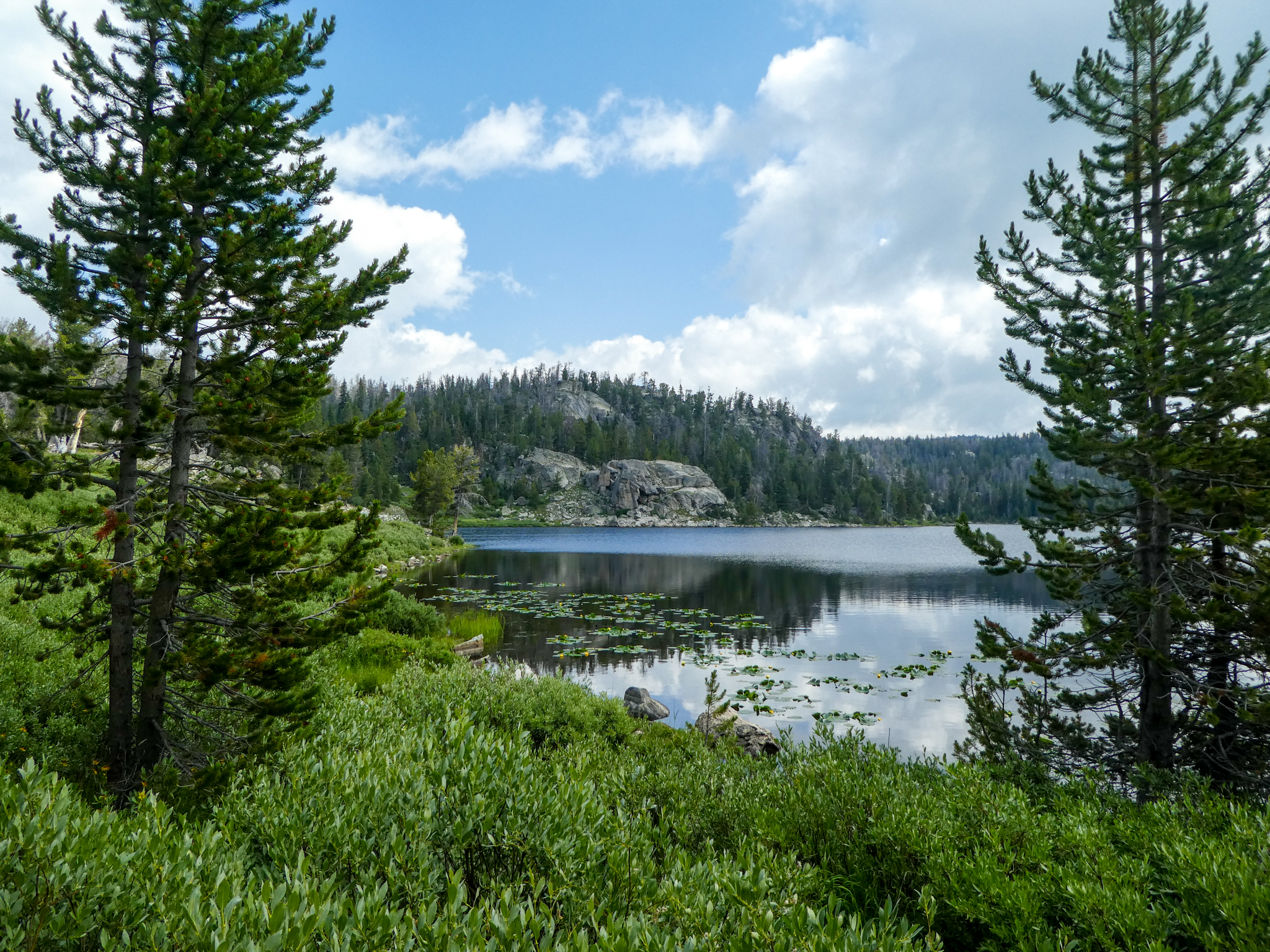 I skirted Miller Lake and kept going till I hit Middle Sweeney Lake. 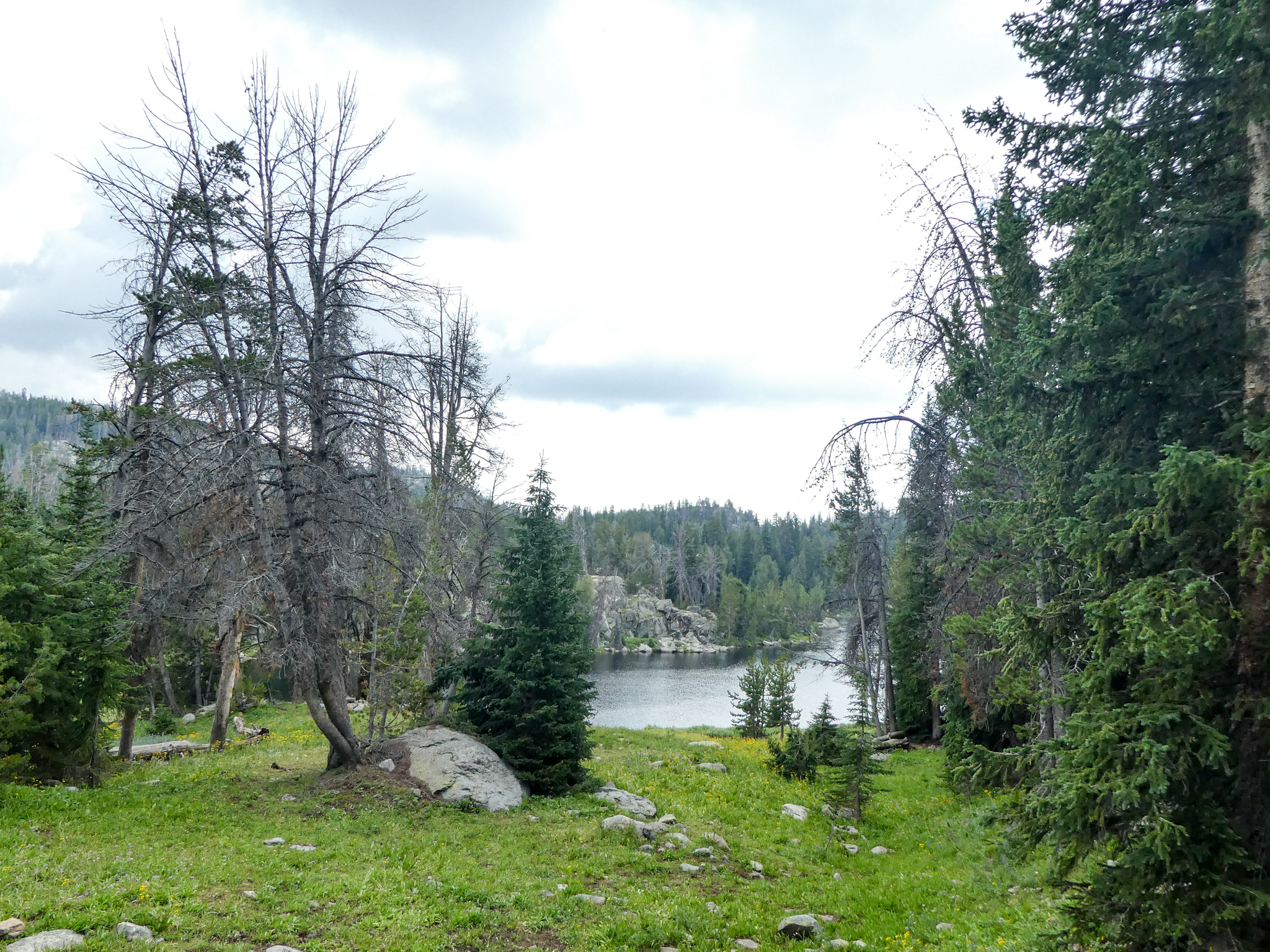 So: most of the good lakes were on the second day. Just above Middle Sweeney, then, I hit Upper Sweeney, which was my objective for the day. The problem with this trip, to some extent, is that most of the good camping locations between the trailhead and Island Lake are either only 4-6 miles away, or are Seneca Lake, which doesn’t actually have great sites and is 10 eventually pretty steep (a lot of up-and-down) miles from the parking lot. 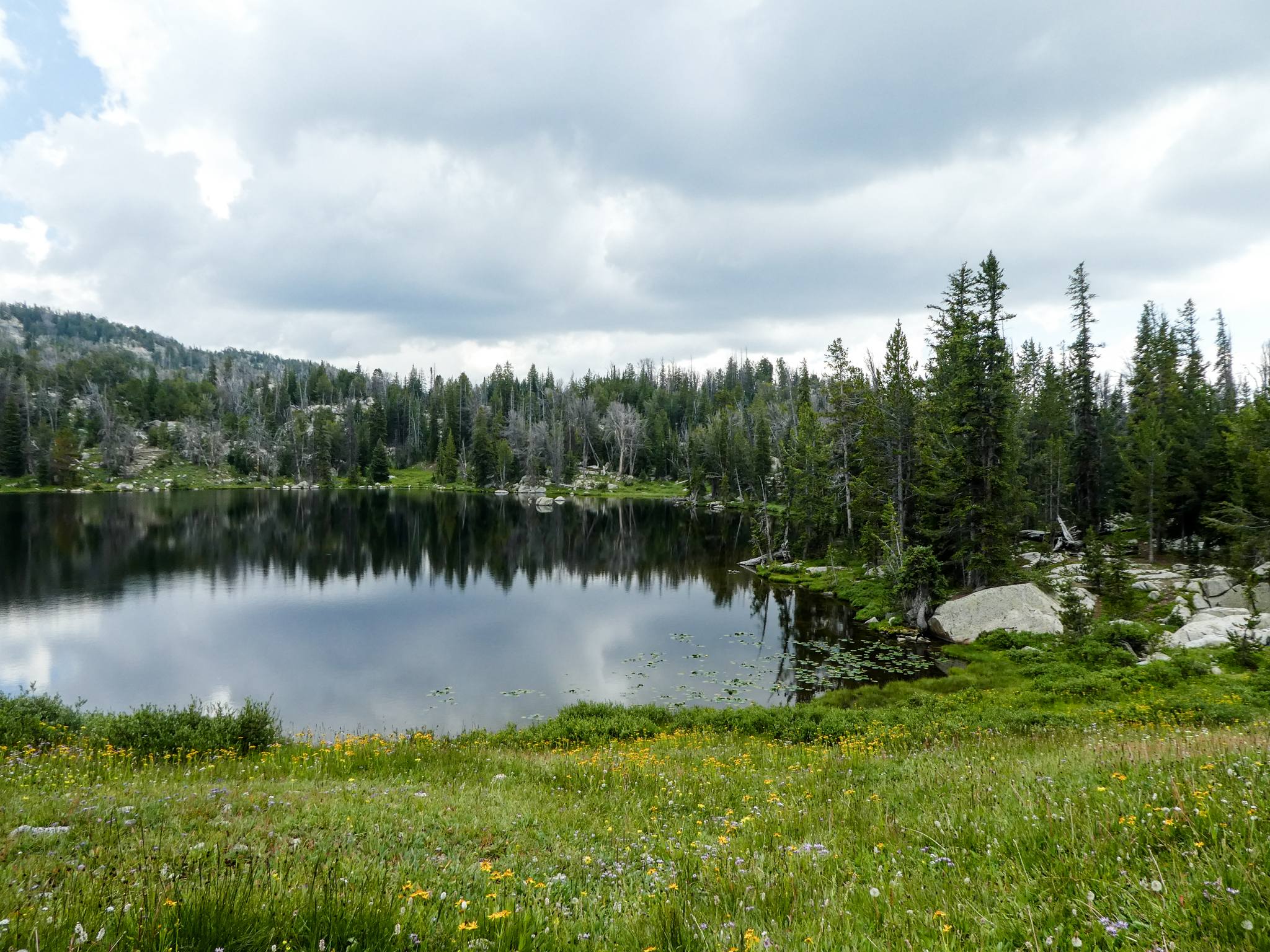 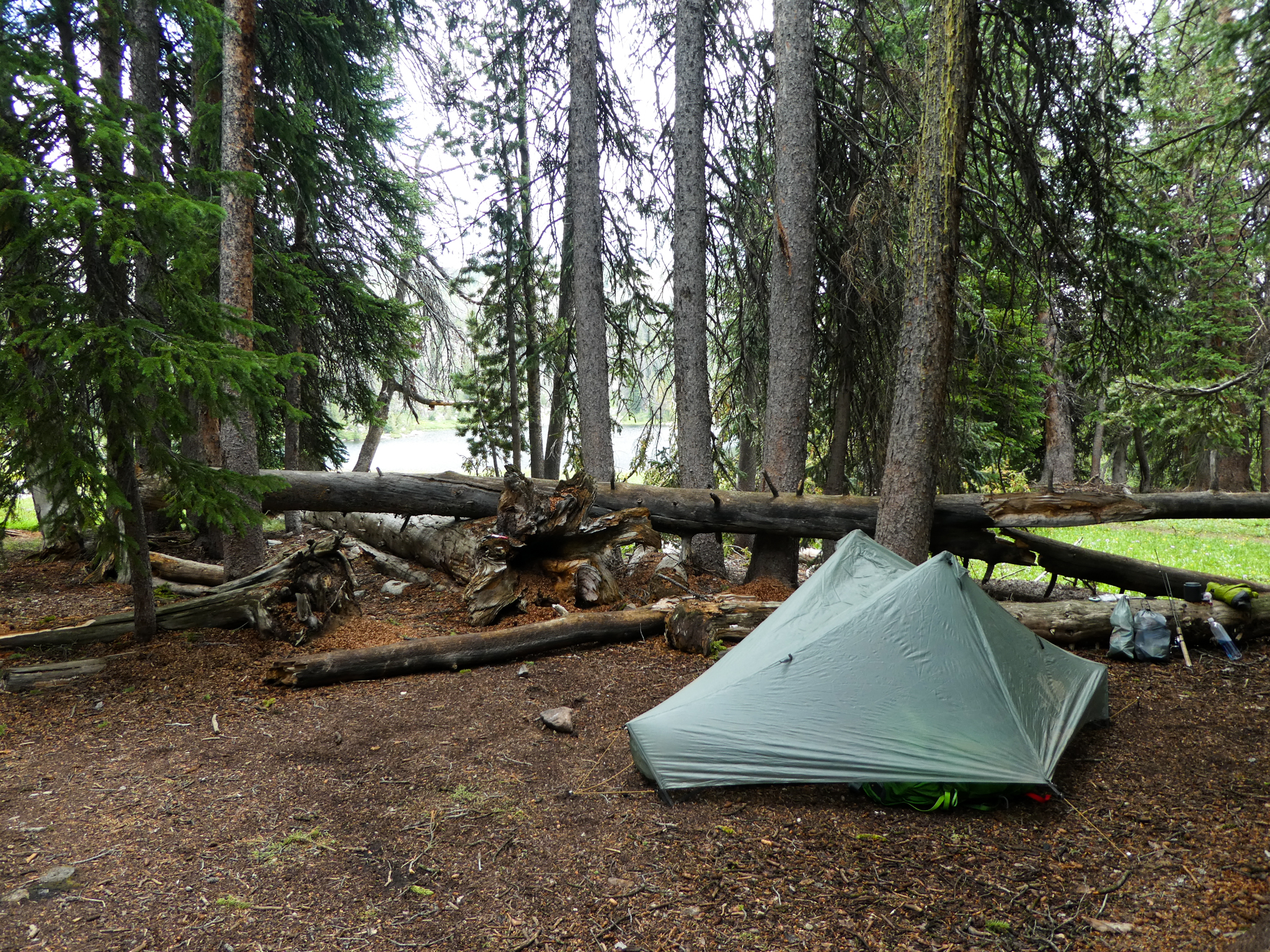 And then I made a campfire (!). I rarely make campfires, but there was a (not-literal) ton of wood around. It had been sprinkling (rain) off and on, so the wood was a little wet, which added to the challenge as well as the sweetness of the victory. 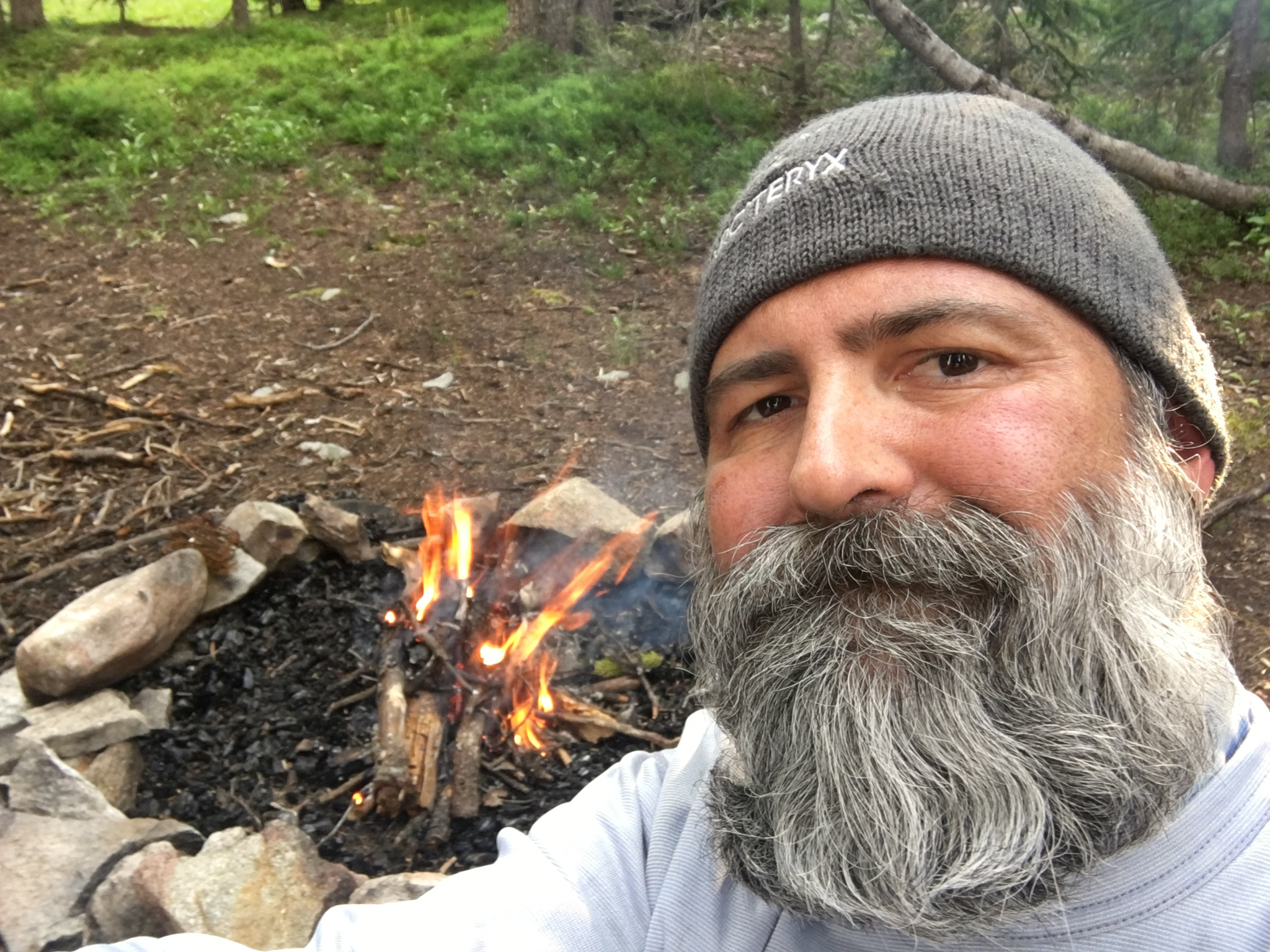 About two hours later I went to sleep.