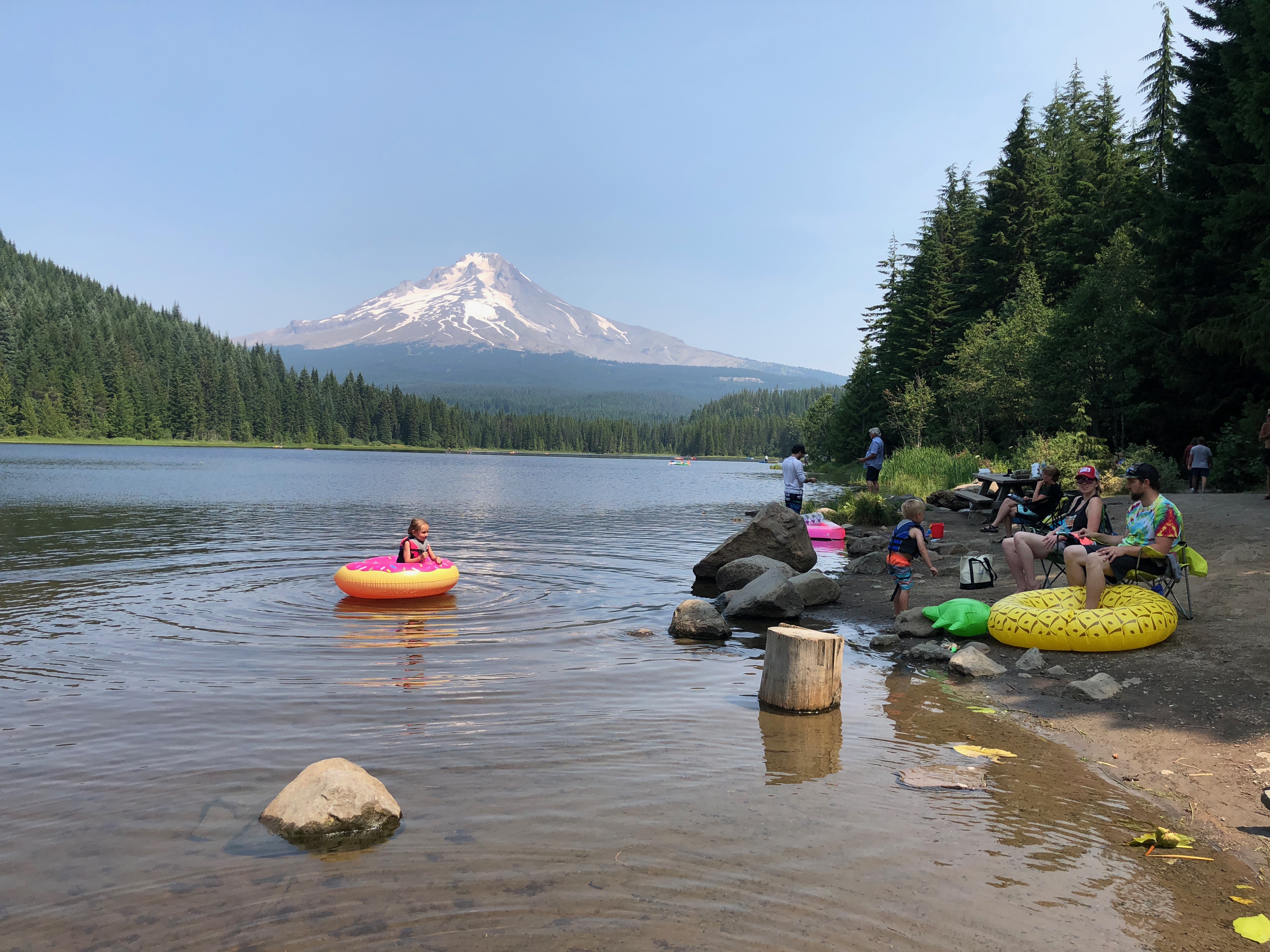 These blog posts are pretty perfunctory. Go somewhere, post about it a year later because you feel like you have to. One day I’ll look back at all these posts and understand how I never had the time to become an astronaut.

On the last full day I was in Bend, Aela and I hiked to the Blue Pool, which isn’t all that close to Bend and was swarming with people. This is the best photo I took.

This was (is) apparently the McKenzie River, but it is not the actual Blue Pool itself. The actual pool has a bunch of people standing around it and is a little deeper. Imagine!

Anyway, then we took off. On our way out of Bend, we stopped at Smith Rock State Park, which would be a great place to visit if you were in to rock climbing, which I am not.

On the way to Tacoma, we stopped by some other place around Mt. Hood that was stuffed full of people.

We then stayed in an oddly expensive hotel in Gresham near a wireless pastry place.

And then here’s how my dog behaves in hotel rooms:

Anyway, then headed up to NE Tacoma where the dog could interact with some of her cousins.

Then from Tacoma, I was kind of interested in looking at an investment property in Red Lodge, Mont., because I like Red Lodge, Mont. On the way we stopped in, I think, Kellogg, Idaho? I dunno. It was a very cheap motel and there were a lot of bikers.

Just outside of town we went on some hike that celebrated the rescuing of a bunch of firefighters that got caught up on the mountain during the fire of 1923, when a guy found a mining tunnel as a way to get his group of people underneath the fire.

Interesting story. Not a lot to photograph though. This might’ve been the mine entrance:

And then we got to Red Lodge and I found a real estate agent that showed me a bunch of just really badly designed townhouses. There was one with reasonably nice finishes, but insanely badly placed windows (like the bottoms were all five feet off the ground). Plus the kitchen was upstairs for no good reason.

We traveled on the way back via the Beartooth Highway, which is one of the better highways in the world (from a scenery perspective at least).

Somewhere along that highway, we got out and walked down a ravine toward a river.

Or maybe it was a lake. I dunno. There was a creek involved. At one point the dog had to swim six feet to get to me, which was the first time she’d ever swam. So, you know.

And then, because Google Maps is stupid and because I’m stupid for believing Google maps, we passed through Yellowstone on the way home because that was “faster”.

And when we got home, it turned out that the UPS guy had finished hanging the drywall in the kitchen.