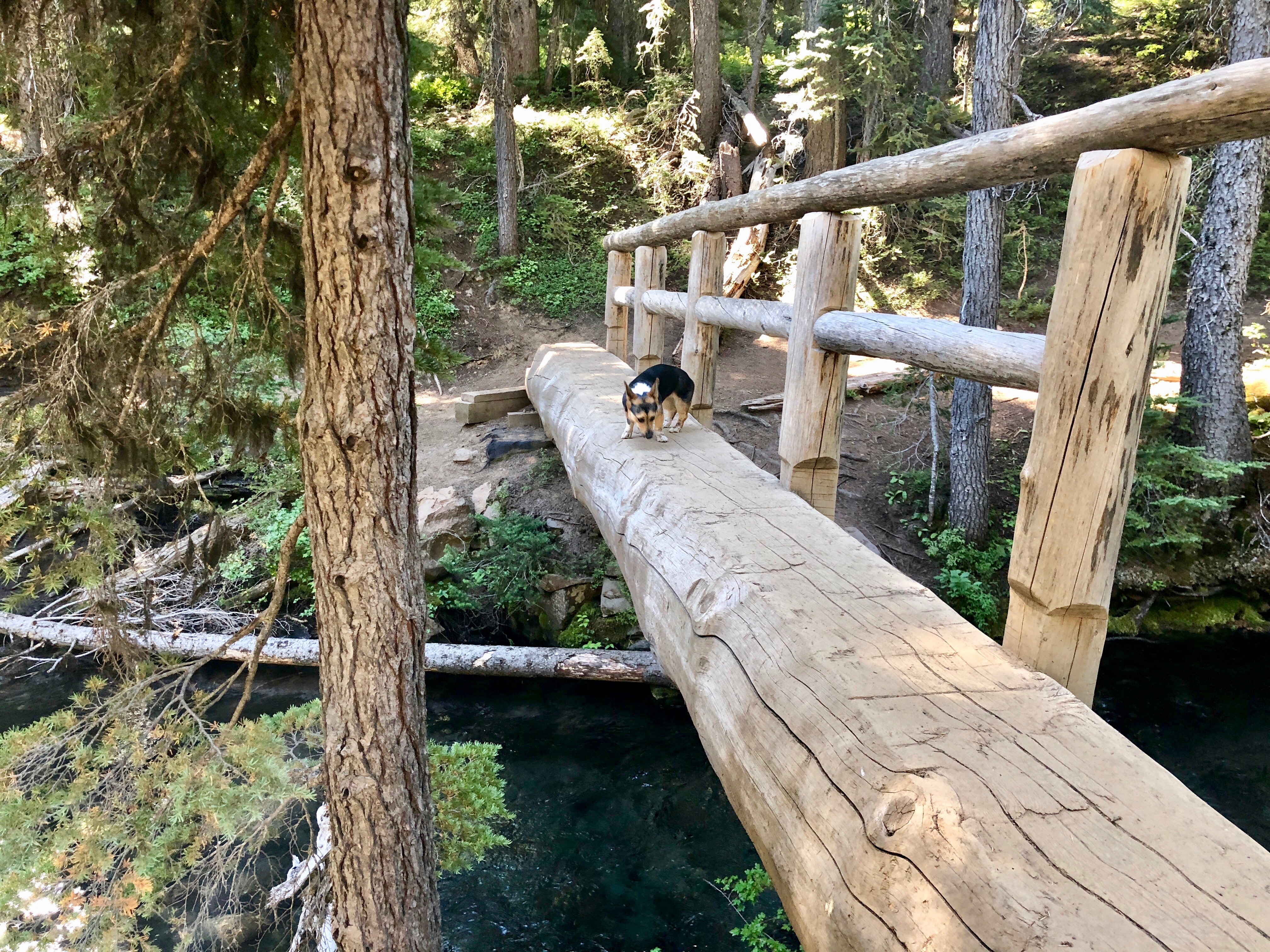 I did nothing but tourist hikes on this trip. TBH, though, I think pretty much every hike you can do out of Bend ends up being a tourist hike. Kind of like when you go to the Wind Rivers and there are a million other people there even though it really shouldn’t be a tourist hike.

(If you want a better photo of the falls, there are only a trillion of them available on the Internet. This one’s special because the dog is in it, behaving like any of the cranky septigenarians who swung by after brunch.)

Anyway, from there there’s a trail that follows Tumalo Creek and checks off at a bunch of different, smaller waterfalls. I took this trail up to… somewhere. There was a forest service road, a parking lot, a couple of trail junctions, and a lot of mosquitoes.

Here are some photos.

This was the next waterfall up the trail:

This was some other waterfall.

And I believe this one is called “Double Falls”.

Whoever it was that got to name all the waterfalls in the western US really let the world down. Wish we had some of those backwoods Appalachia place names out here — “Falls of Otter” would have been at least a little better.

The hike is better than I’m making it sound. The creek is pretty, there are a ton of waterfalls. The lighting is a little tough with the trees, but otoh it would’ve been a pretty hot day without the trees. And then, once we got down to the paved part of the trail, all the tourists wanted to talk to me about my dog.

On to the next.