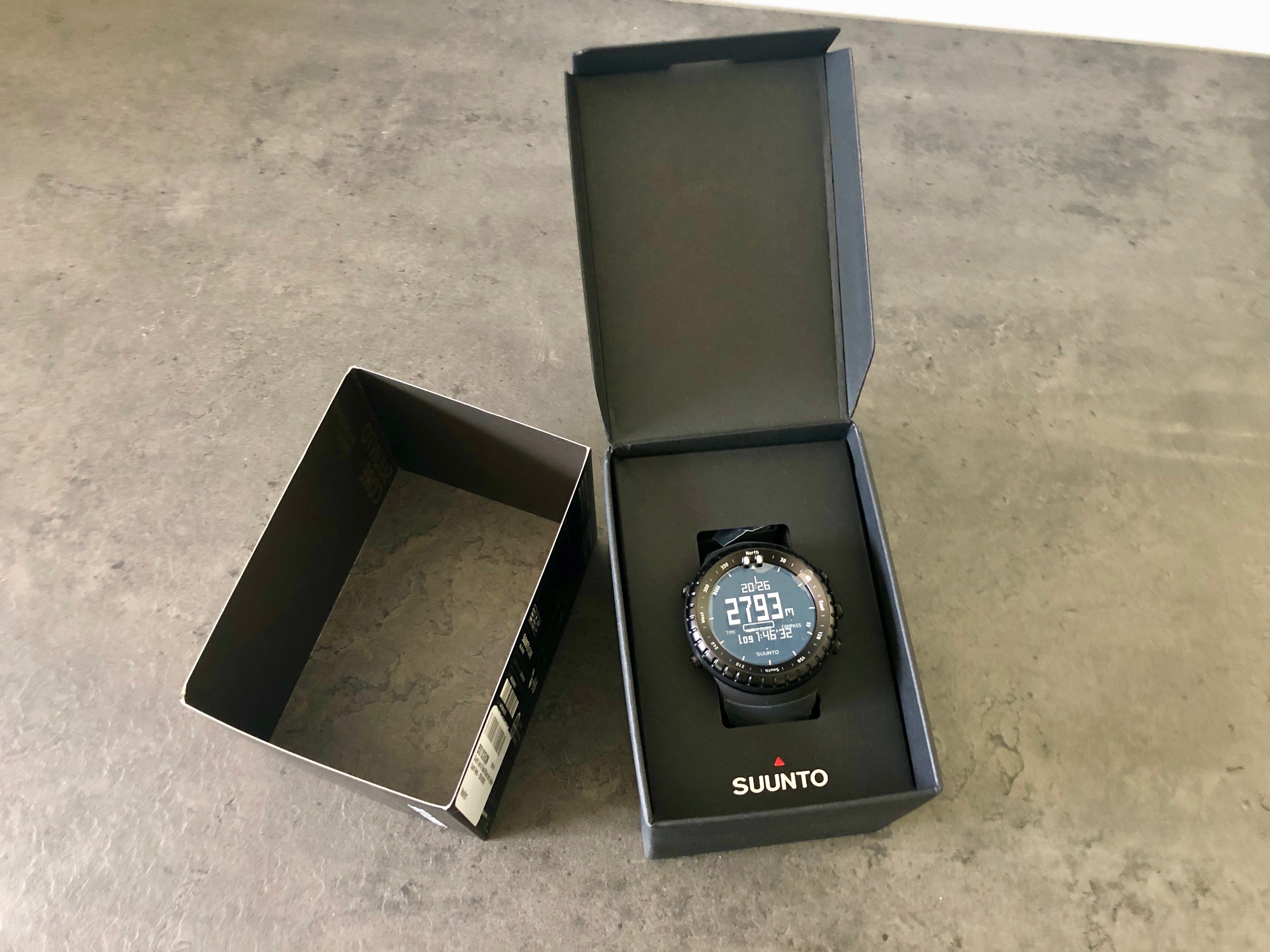 This is a true story.

This one was basically the same as the first watch, only the display was black-on-gray rather than gray-on-black. Here, I’ll show you.

I don’t know why I started buying the watches. Yes I do: I was bored at work and unable to motivate myself to do “academic research” and somehow this killed time (ha!) in an appealing way.

At some point I was cognizant of feeling like I needed another quartz watch besides my CWC and I wanted it to be decent, like $100-200 somewhere, and then everyone on The One Watch-Enthusiast Website was all about the Casio G-Shocks, which then took me into the world of ABC watches somehow, which then meant I ordered these six watches, four of which were ABC watches.

I really wanted to like the Suuntos (they’re from Finland! — that should’ve been listed as a pro), but I kind of didn’t. I think, mostly, the case just looked huge and felt heavy or something, plus pushing the buttons wasn’t immediately gratifying. Loved the wide band though.

I regret not keeping the 600. When I made the decision to keep only the 3000 and the Ironman, I did so while cognizant of the fact that I would always regret not keeping the 600. It’s hard to describe how exciting it was watching the hands scramble out of the way when I pushed the button to see the barometer reading the first time. Maybe some day.

The 3000 seemed like it did its job correctly, looked fine on, and it was easy to justify it to myself (it really would be nice to be aware of elevation status while hiking). The 600 had all the same features, but they were always going to be less prominent.

And then the Ironman was cheap enough that if the dog buries it in the backyard, hey, who cares?