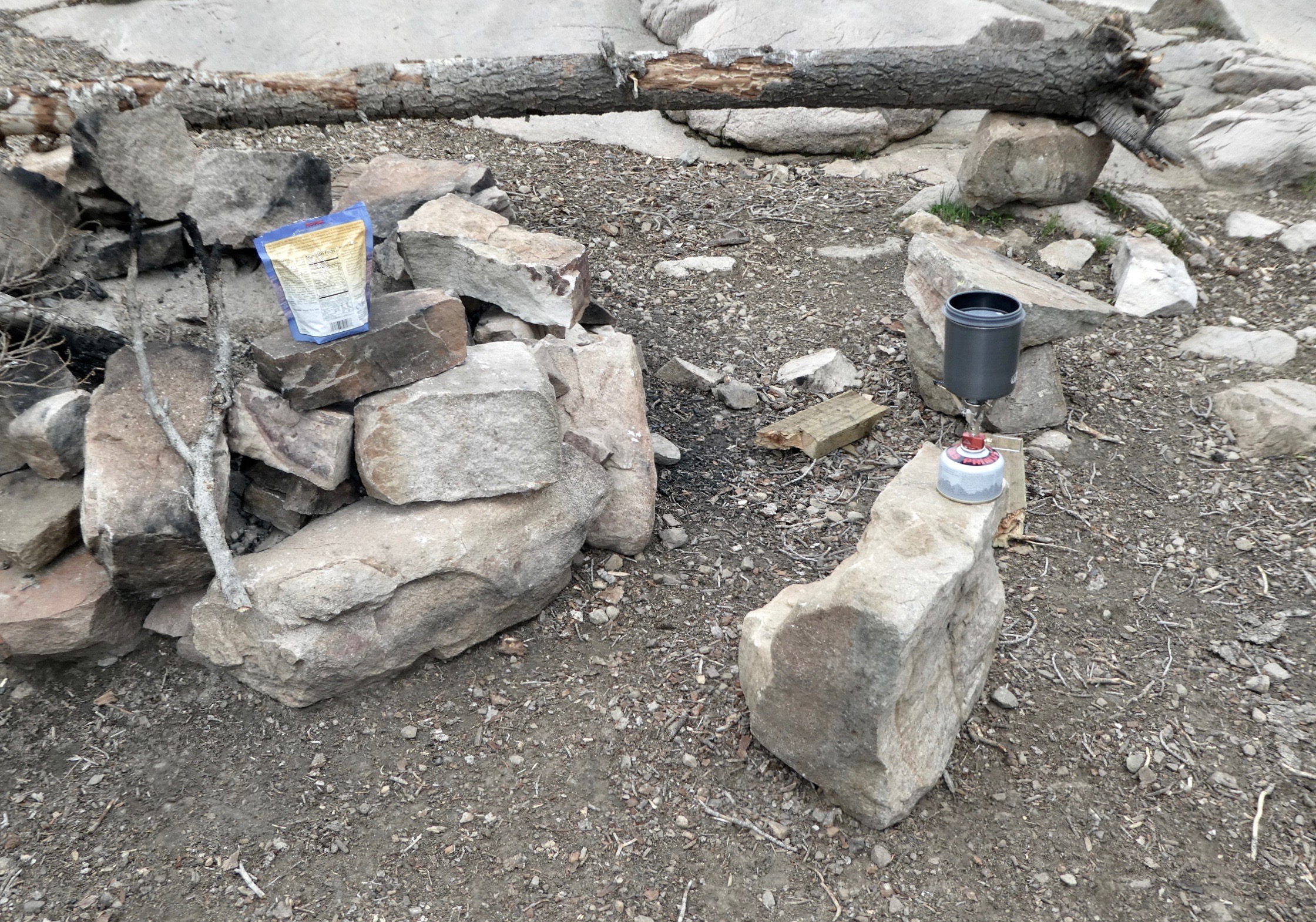 I Don’t Actually Enjoy Backpacking, I Just Keep Doing It

It’s sort of a type for my life in that sense.

I go backpacking sometimes. I’m not really a serious backpacker and I don’t know that it’s a particularly integral part of who I am, but still: sometimes I pack up, drive somewhere, walk somewhere, then sleep on the ground for a night or more.

Over the last 10 years, I’ve gone on backpacking trips to Paria Canyon, Coyote Gulch, Mt. Robson and Berg Lake, Keyser Brown Lake in the Beartooths, Seneca Creek (in West Virginia), Fox Lake and Glacier Lake (both in the Beartooths), the Virgin River Narrows (a few times), Ibantik Lake in the Uintas, Island Lake in the Wind Rivers, White Pine Lake and Steam Mill Lake (in Logan Canyon), and most recently, Stough Creek Basin (also in the Wind Rivers) and Martin Lake Basin sort-of (Beartooths). So that’s a rate of about 1.6 backpacking trips a year, which is probably above-average for a middle-aged American during peace-time.

That said, the following is literally true:

I don’t so much enjoy backpacking. I have never gone on a backpacking trip where I didn’t at some point think this is terrible, I’m never going to do this again.

So why do I keep doing it?

I don’t know. Really. Here’s the best I’ve come up with.

So anyway — this year to the Sawtooths then?