At Move-In vs. Current: 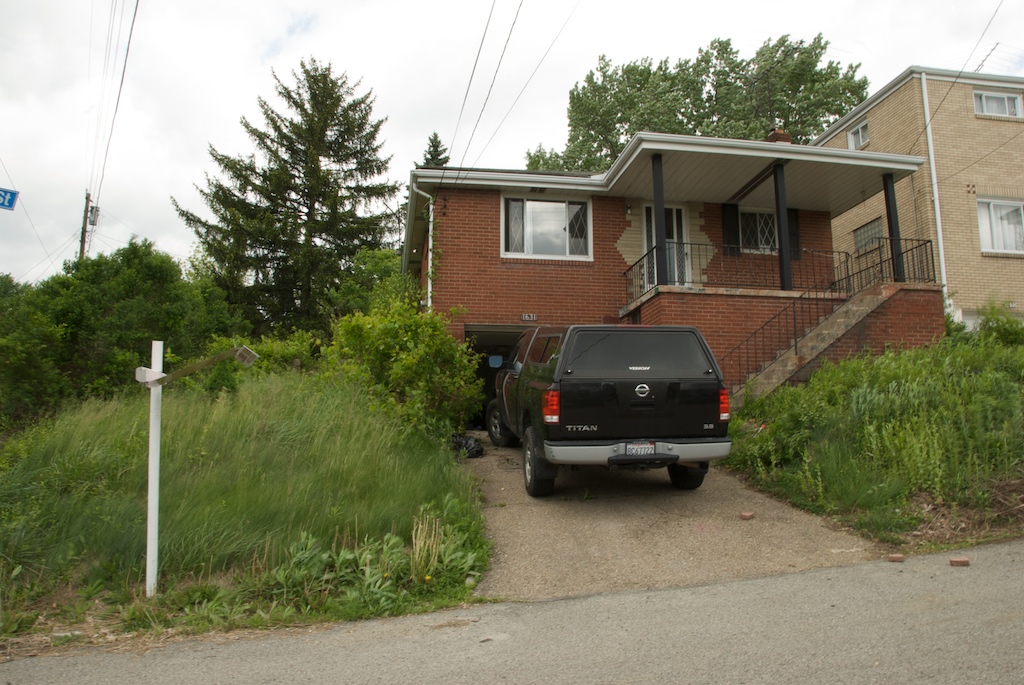 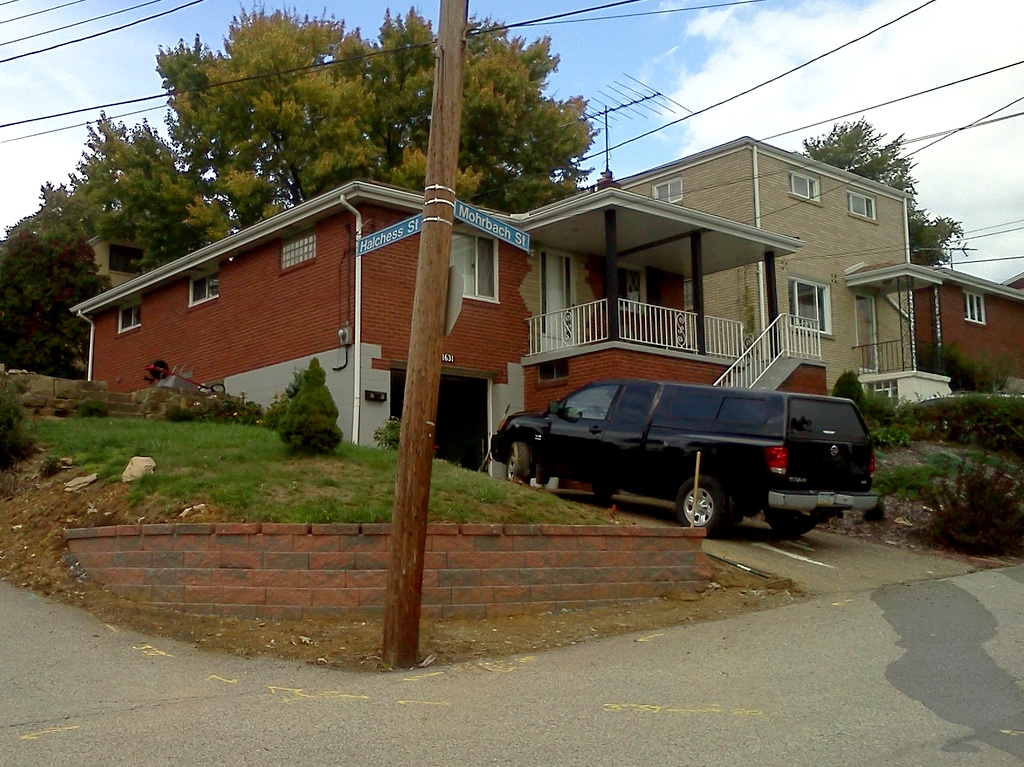 So the cap blocks aren’t actually done yet. I just set them on top. They need cut so they don’t have those gaps on the face. We’ll see when it happens. And sorry the angle’s off. Never took a before-photo of that corner — probably because the telephone pole is in the way.

Okay so then here are a bunch of “during” photos. 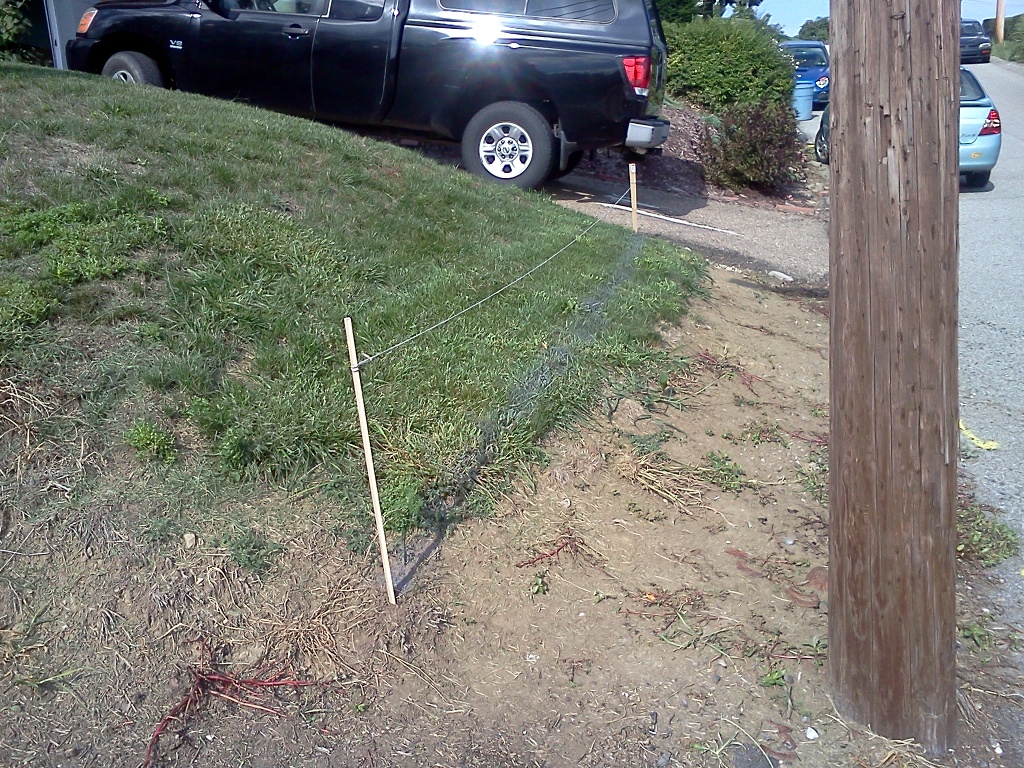 Trench, dug (although once blocks started going down, a lot more digging commenced): 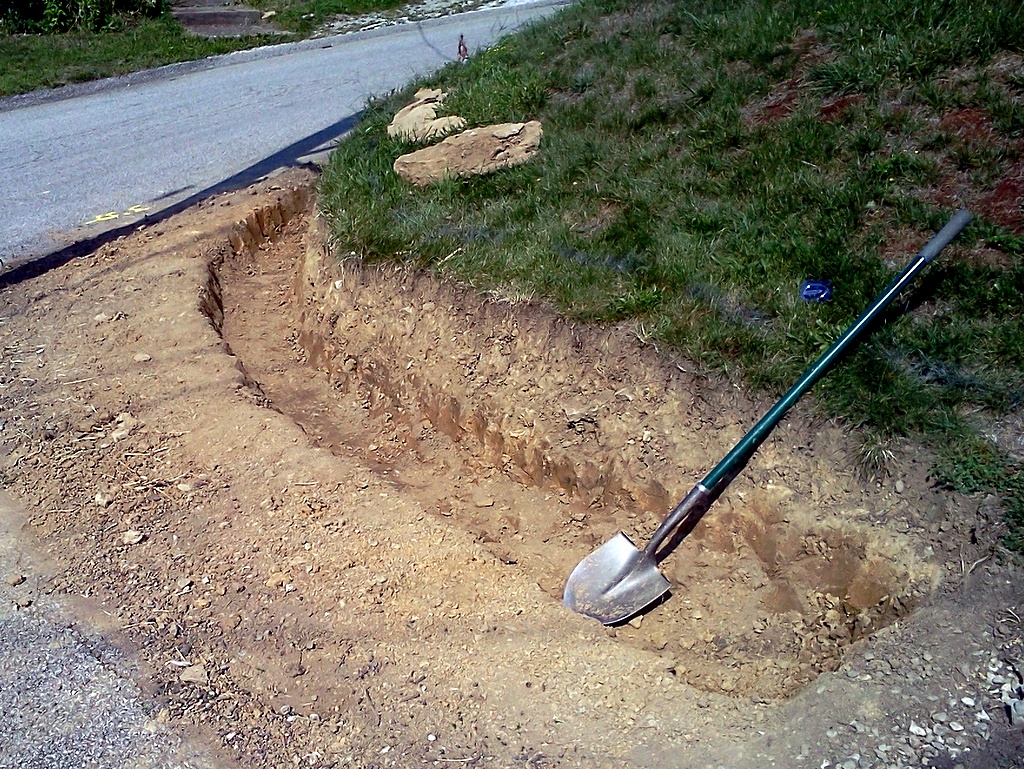 A literal ton of bricks (one of four): 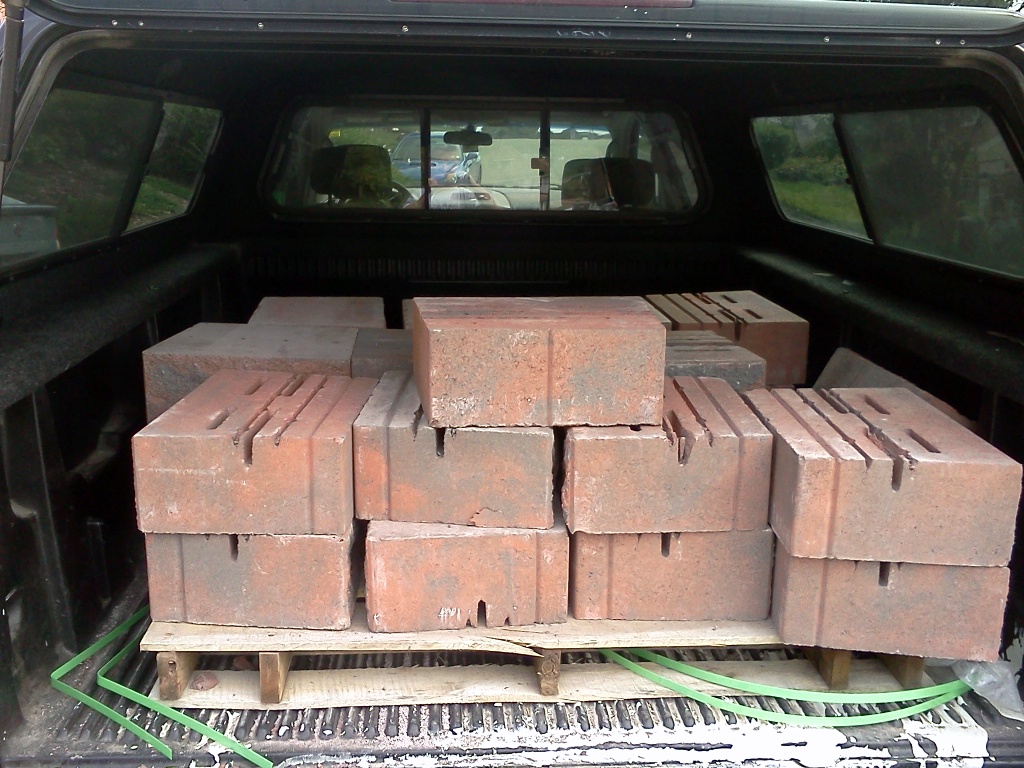 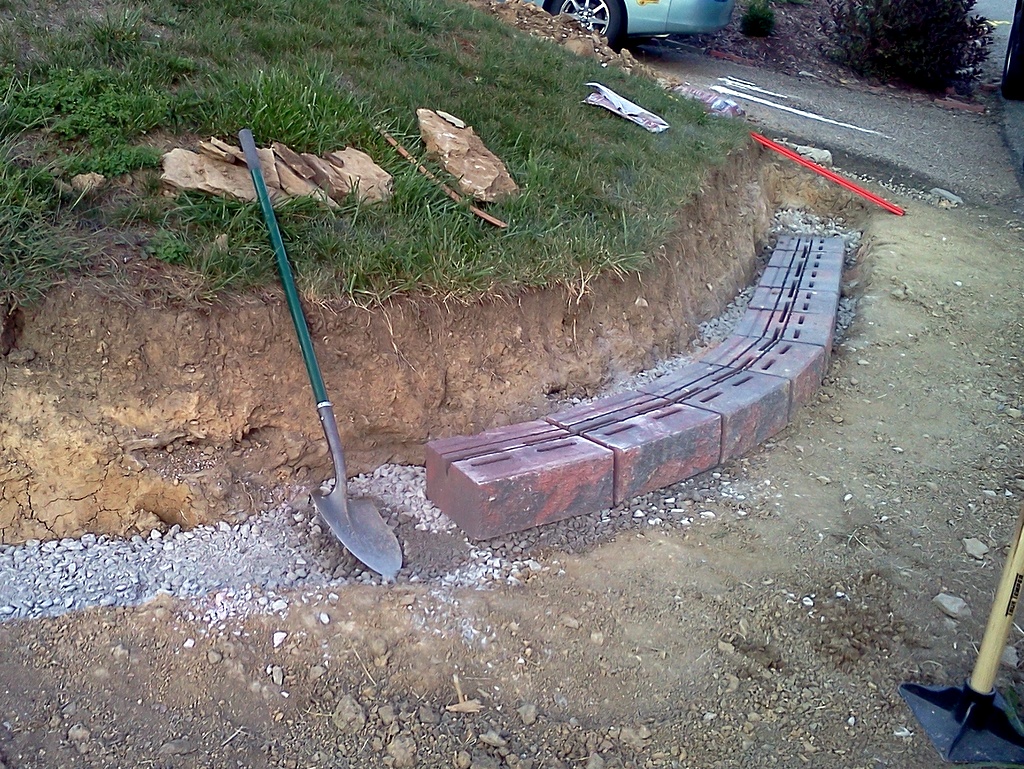 Second course, with some back-fill: 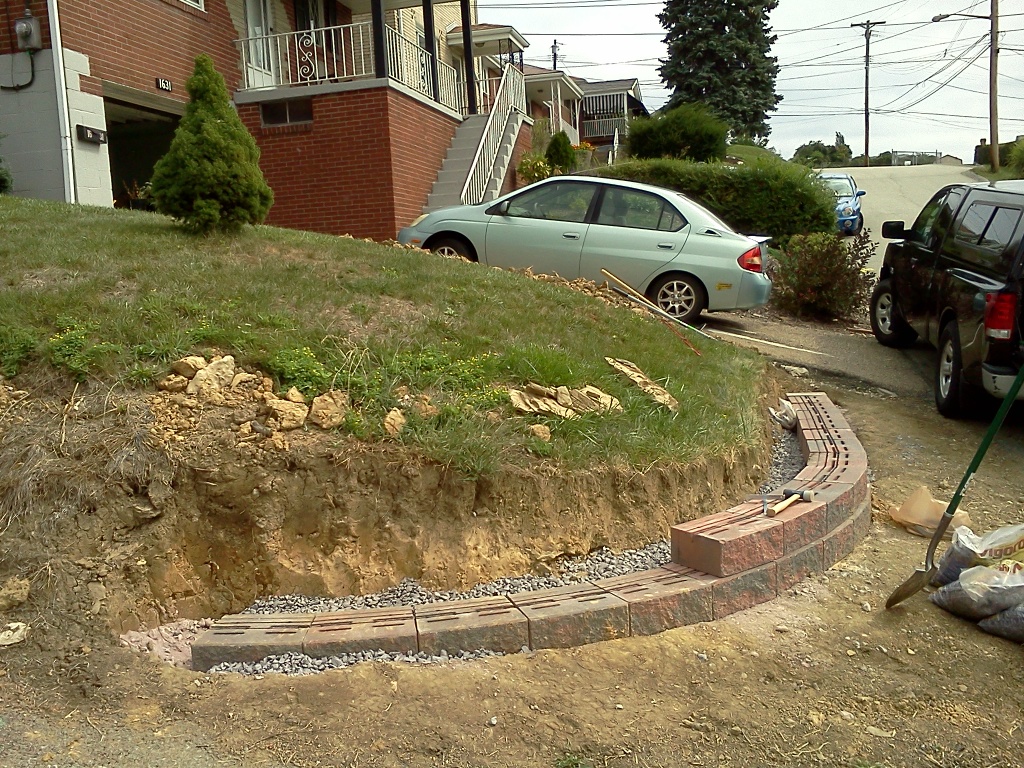 82 lbs. (the black plastic pins line the courses up at a 3/4-inch offset — they don’t really hold anything together): 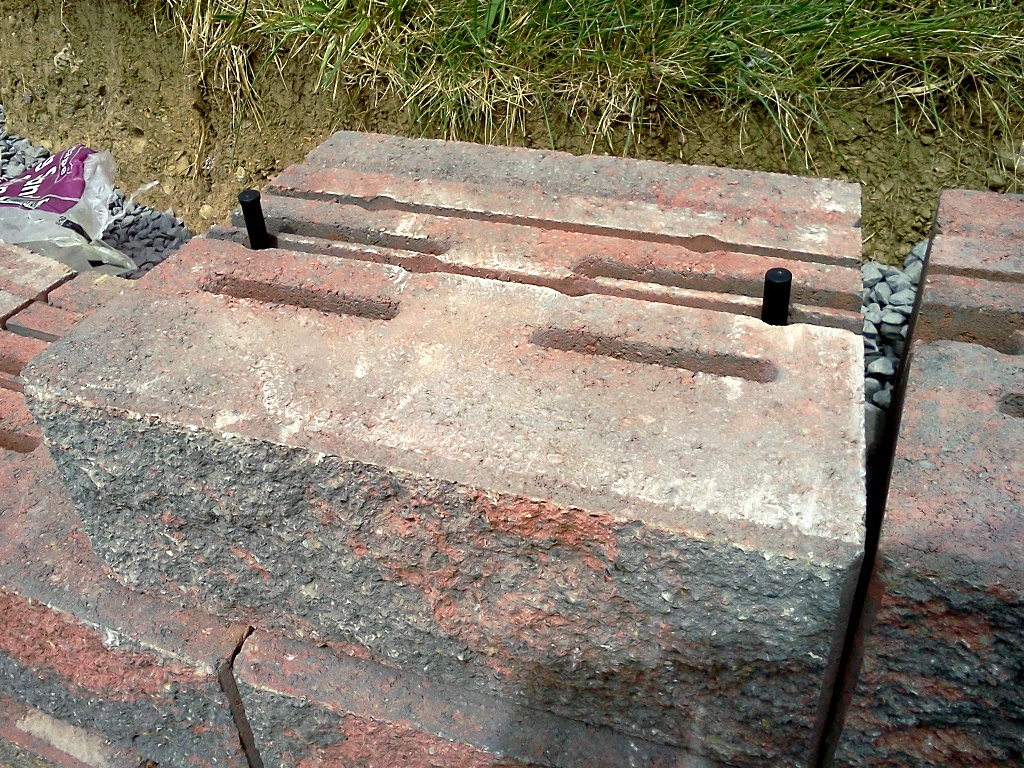 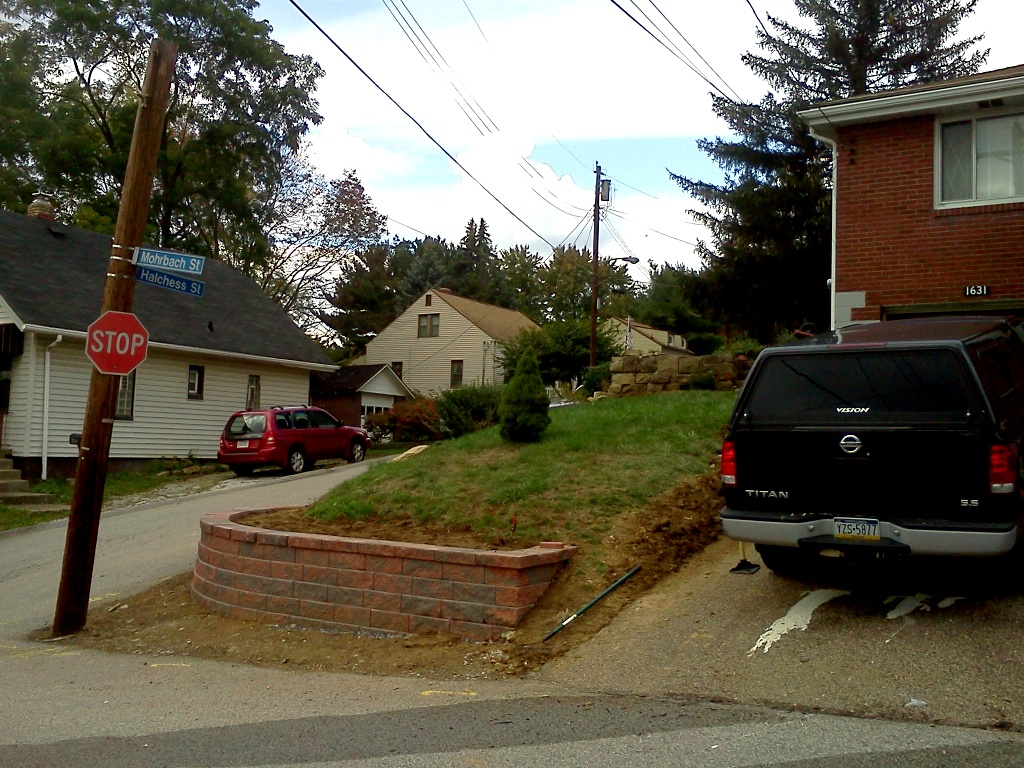 Some notes I guess:

In conclusion, the retaining wall represents another project at the house that’s 95% done, but not 100. I remain consistent. 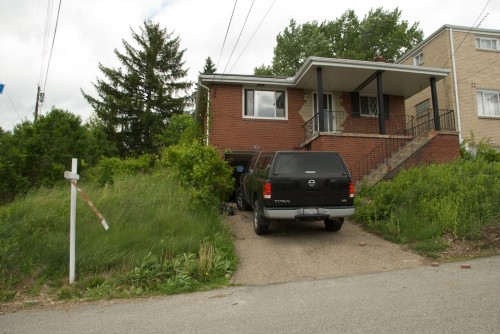 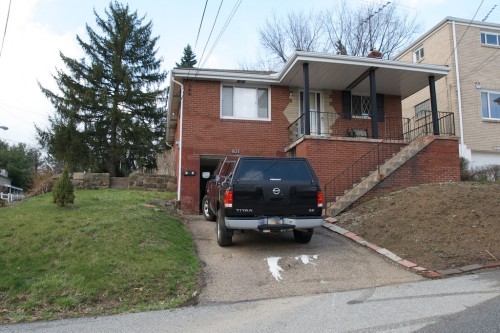 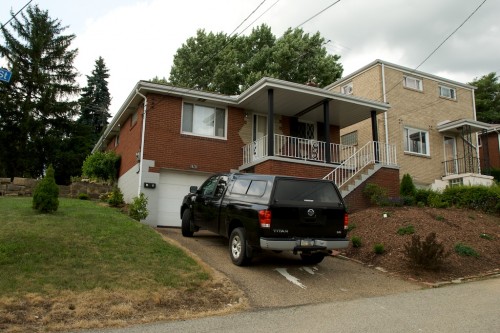 Most notable, of course, is the primer that spilled onto the driveway. I’ll enjoy putting an asphalt patch on top of that.

Here’s an up-close of the side yard in case anyone cares: 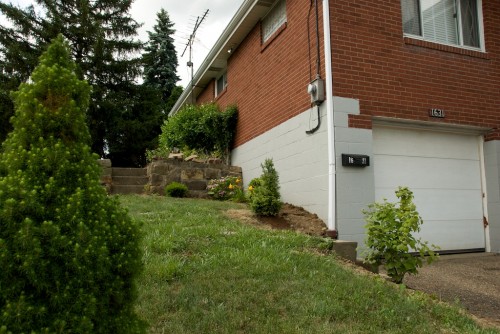 How many differences can you find?

Mostly for my own sake, here’s what I’ve planted…

The Things I Planted

When I moved in: 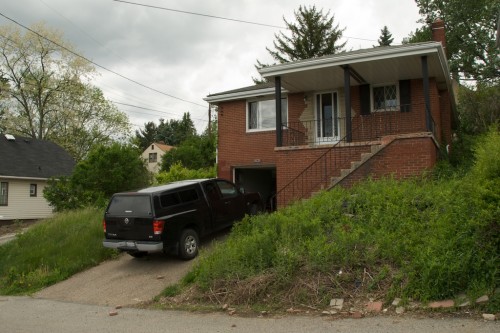 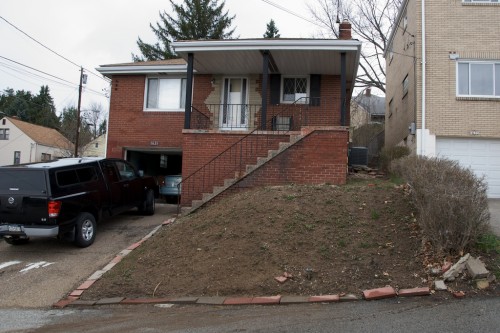 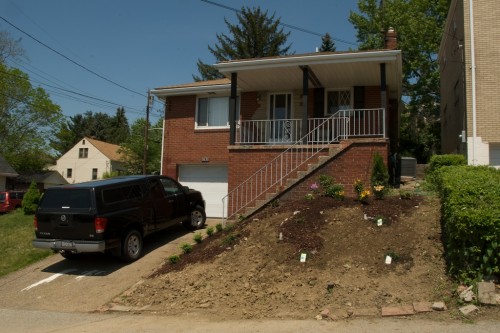 Finally managed to get the garage door closed.

There’s more progress than is obvious; I have most of the plantings done (in this part of the yard), just that they need to grow in and I need to finish mulching. Mulch spreading speed is hampered by lack of available old newspapers (although the neighbors are helping in this regard). It’s also hampered by how crappy-steep that slope is. I was tempted to give-in and get a local Lawncare service Georgia company.

Here’s what’s in there, if you want to get in on the front yard plant ghoul pool (strictly a “what dies first?” game; after the first fatality, we can reassess).

My money is on the hydrangea dying first.

Still need one more blue rug and probably a couple other bushier junipers or similar to plant next to the hedge at street level. The corner between the driveway and the street I’m going to use for a little flower bed I guess (daylillies? exotic grass? low-rise clumpy flowering things? mal sehen).

Here, this angle makes it look like I’ve done something: 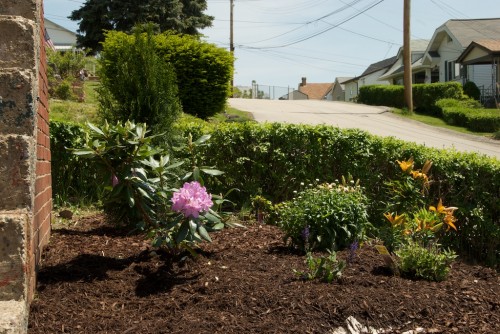 PS, I also bought a lawn mower. I almost enjoy mowing the lawn so long as it’s *my* lawn.