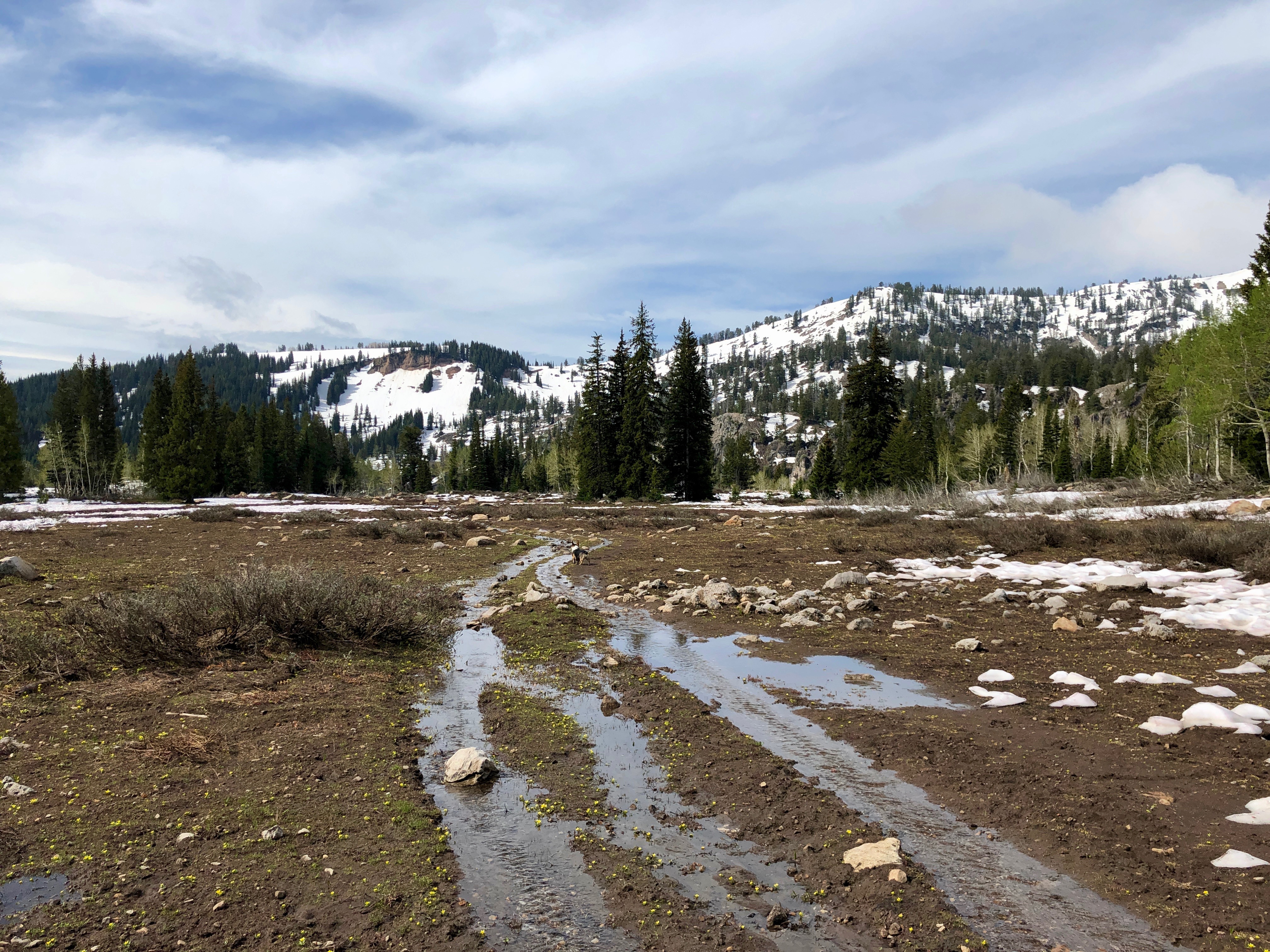 Snow on Snoqualmie and Mt. Rainier (and Mt. Adams I Guess)

One good thing about being a student is that you get a holiday break and you can take it for granted and no one’s gonna think you’re ungrateful. Except I was still working on my one paper, but whatever. By the time I turned the paper in, the weather was sunny, cold, and clear, so I took some pictures and stuff.

From Snoqualmie Pass (my dad and I went skiing there New Year’s Eve; I’d never been there before when the skies were clear AND the snow was decent): 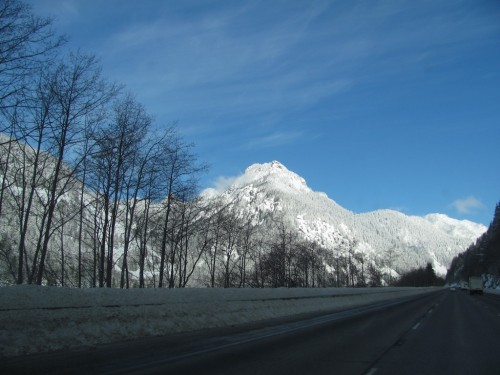 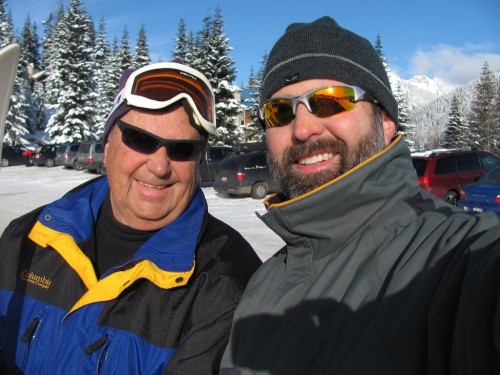 My dad’s lift ticket cost $12. Mine was somewhat more than that.

Drove up to Mt. Rainier. The Guardians of the Nanny State wouldn’t let us past Longmire without chains in the Jeep (not on, just *in*), but the area from the Park Entrance to Longmire was pretty nice. 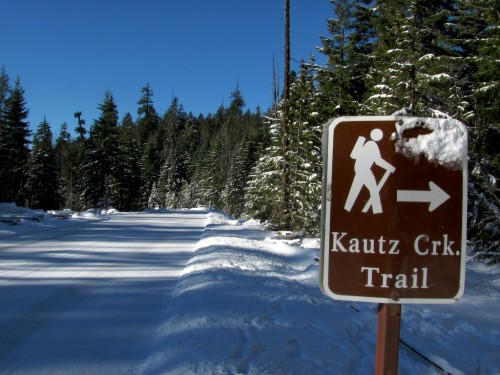 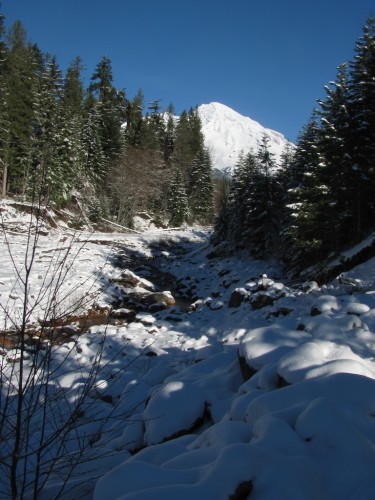 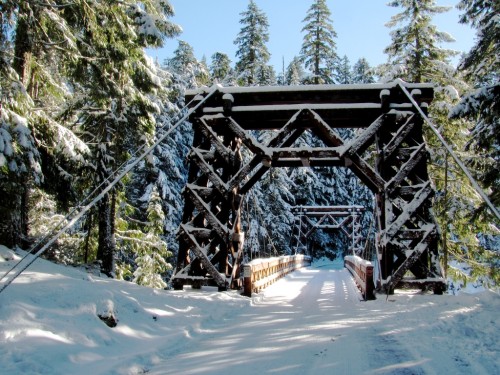 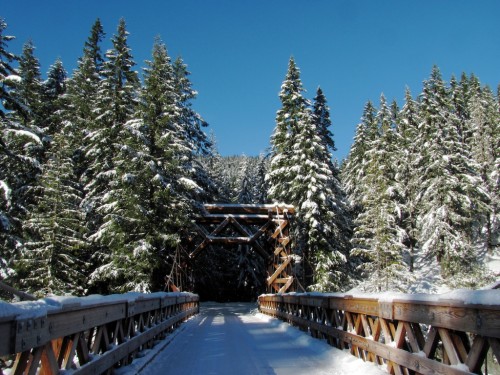 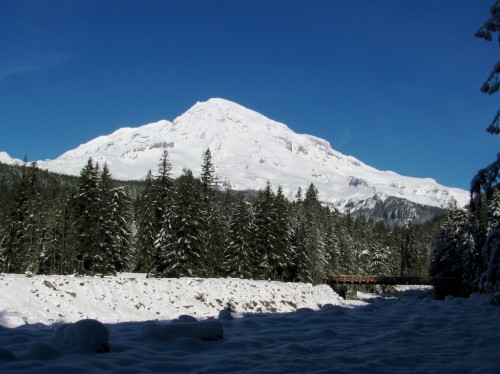 Then because it got mentioned in the title, here’s Mt. Adams (from Hwy 12): 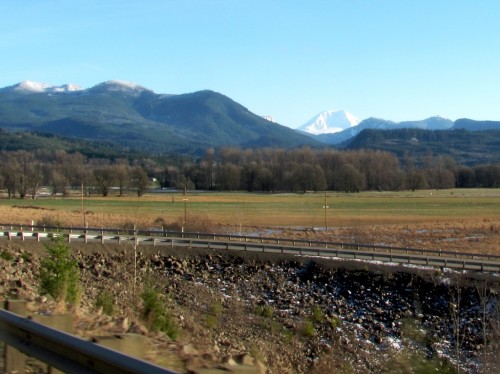 I guess that’s it. 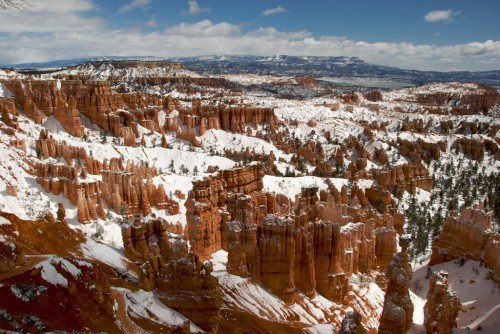 END_OF_DOCUMENT_TOKEN_TO_BE_REPLACED

Writing up blog posts for hikes that I’ve been on just feels really last-fall to me. And it will never stop bothering me that we capitalize days of the week, but not the names of seasons. When I’m king, whoever made that decision will be first against the wall. Or top ten anyway.

Red Canyon is in Southern Utah. It’s a little place that’s west of Bryce Canyon, which is a bigger place. Maybe. I haven’t measured. Bryce Canyon doesn’t seem all that big to be honest. While at Red Canyon, I hiked the Cassidy Trail up and then hung a left onto the Rich Trail (thinking this would help with my finances) and then, at the appropriate time, took the Ledge Point Trail.

It was snowing much of this time and about 50-percent of the trail was under snow. When I got done with the Ledge Point, I tried to keep going up Rich, but was thwarted by accumulated snow and an inability to figure out where the trail was supposed to go. It had all been so much easier when I could just follow the creek bed. So then I turned around and walked back down to my econobox. 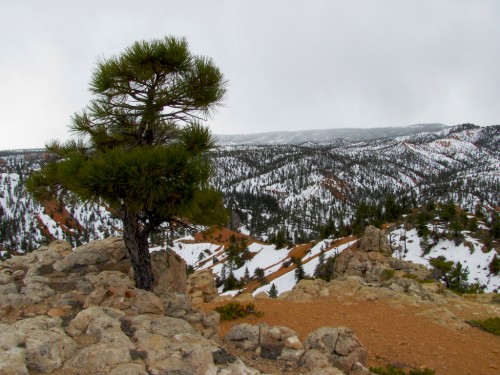 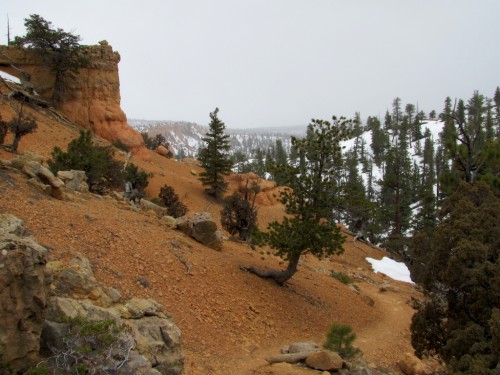 Some red rock, trees, and snow. 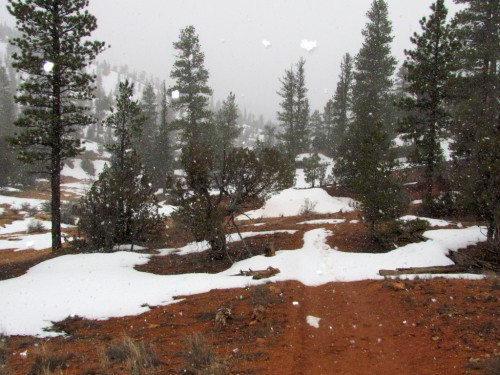 What the hike lacked in length, it made up for in cold, snowy conditions and gray skies.

And FWIW, here’s what Highway 14 looked like on Monday. 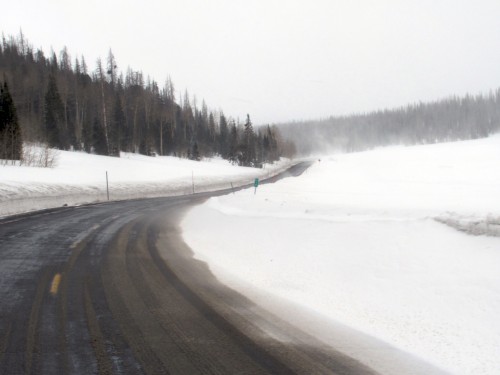 I suppose I could have bought chains before leaving Cedar City.