The Specific Ways that Recovering from an Adult Tonsillectomy Is Miserable

I wrote this on Day 9 after the surgery. Pre-surgery, I was trying to find info on what the experience was like. Everyone said it was miserable, but couldn’t explain anything beyond that. So, yeah. Read this, and then you’ll know.

To be fair, the pain started decreasing on about Day 10. And, about a month or so after surgery, there wasn’t any pain per se. But, two months later, my throat still doesn’t feel quite right — feels like there’s a layer of metal or plastic that someone put across it.
Even three and four weeks after the surgery, though, I couldn’t taste anything sweet. In fact, now, two months after the surgery, I’m still unable to taste certain sweet flavors — the ones that are most-disappeared are from unnatural sugars (so, for instance, diet soda just tastes like soda water), but there are plenty of random others also. Further, a lot of food is just gross to swallow (still, two months later). Particularly breads, chips, pasta, and other starchy things like Americans tend to eat constantly.
Anyway, those are my specifics. Enjoy my pre-op photo below. I don’t know what’s going on with my hand there.
bkd 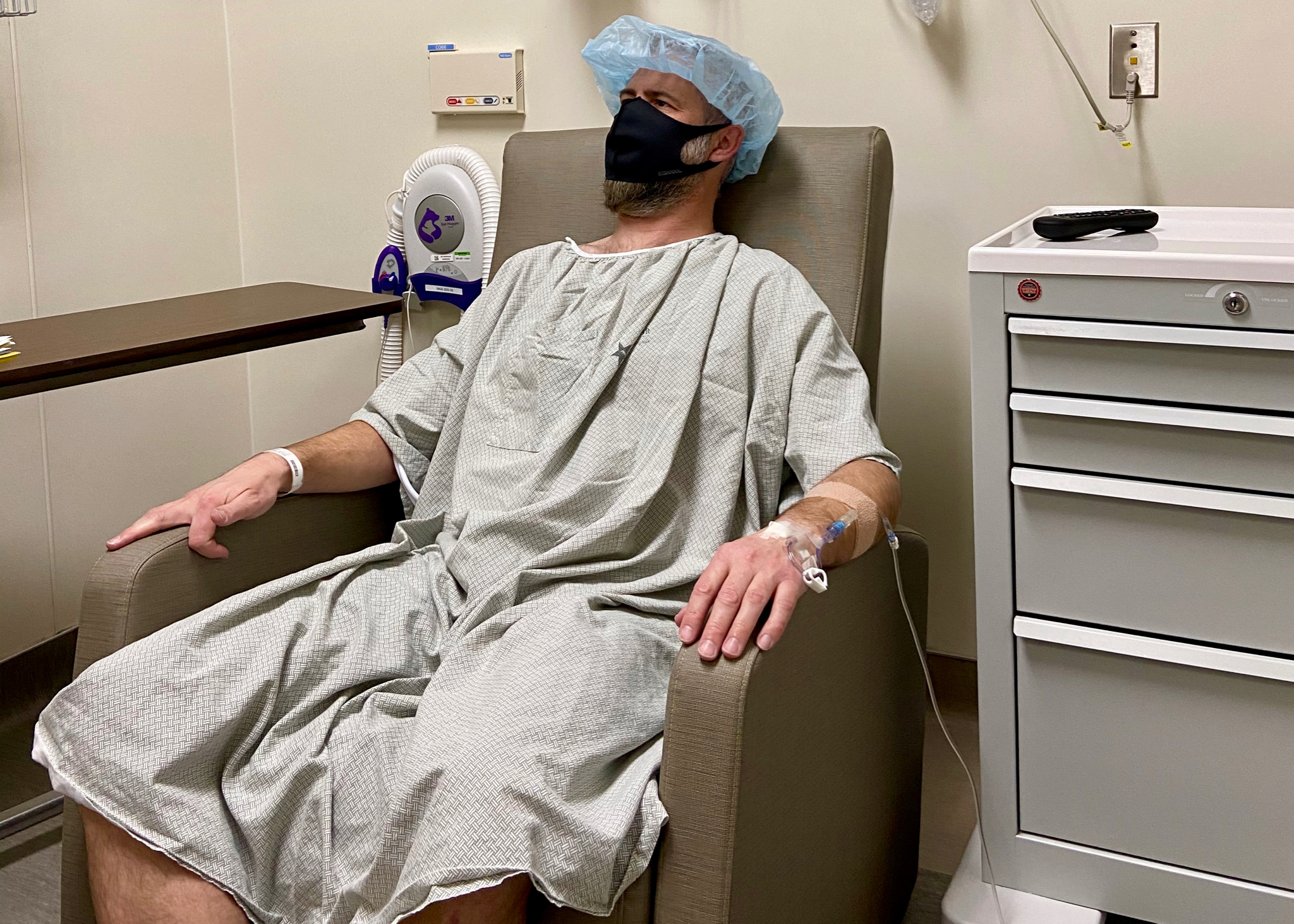