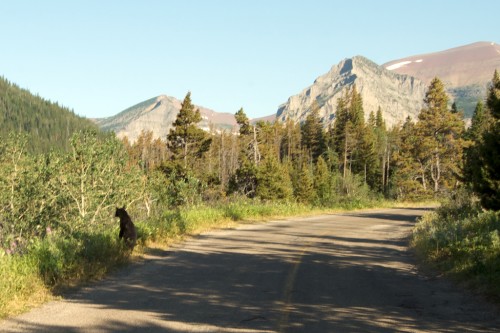 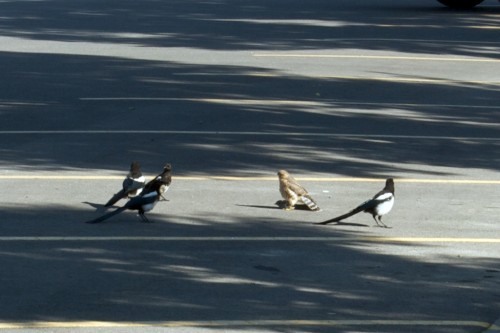 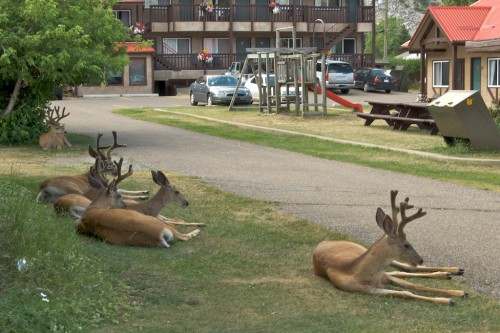 Crypt Lake Hike: A Study in Group Dynamics (and Fear)

I didn’t actually study group dynamics while on the hike, but it sure lends itself to some theorizing. Crypt Lake, then. This is sort of THE HIKE at Waterton Lakes. It’s the Half Dome of the place. I suppose you don’t *have to* do it, but then again you don’t *have to* hike Half Dome either. I think they’re analogous.

One way in which they are *not* analogous, however, is that the Crypt Lake hike trailhead can only be accessed by taking a boat over from the Waterton Townsite harbor. The boat runs twice in the morning, then picks people up again in the evening. Thus the group dynamic: when you get to the trailhead, there are 50 or so people arriving at the same time and, thus, starting their hike at the same time. And when they do, it looks like this: 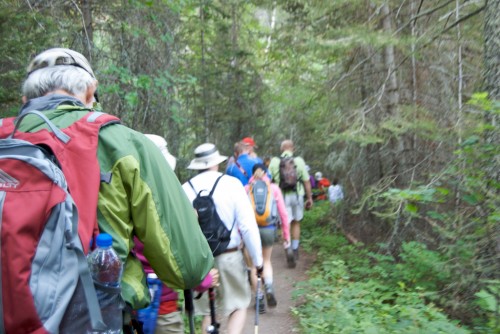 Speaking of bear bells, the first mate on the ship advised hikers against using them since bears do not associate bell sounds with danger, instead associating them with the bottom of the food chain. To little avail.

Everyone hikes together in a line. It’s like the Grand Prix of Monaco. Whoever starts out in front is going to stay there because the trail is too narrow to pass ever. And no one is going to move over to let you by since you’re all on the same lap. Exactly like Monaco. Anyway — enough crowd dynamics. Suffice it to say that you never walk alone (on this hike).

Also, if you don’t have your hiking legs, your altitude lungs, or your foot callouses, it’s a pretty solid warm-up hike. 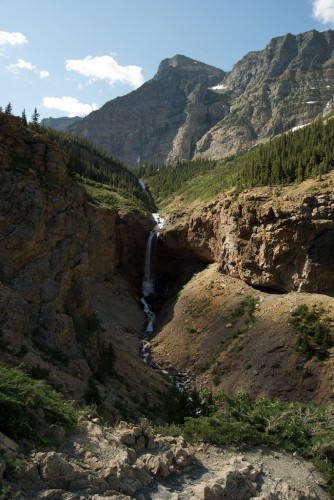 Twin Falls -- and, no, I don't know where the other one is either. 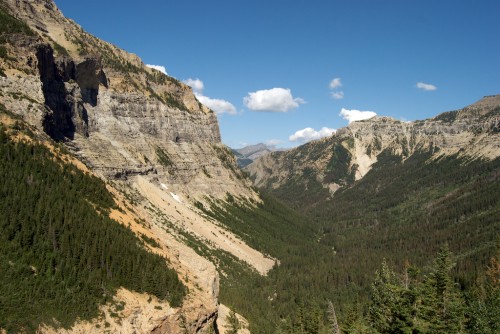 This is the valley (canyon?) you hike up. 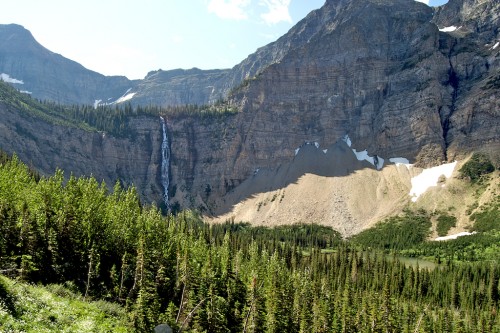 Then, once you get past there, the trail gets “interesting”, as (maybe) shown in the following photograph:

Note: Photo not taken for its aesthetic value.

You might have to click on that one a couple times to see the people there on that ledge/trail. If you get it zoomed in (click on the photo, then click on the photo again on the resulting page), you’ll also notice that the trail appears to dead end. But it does not! 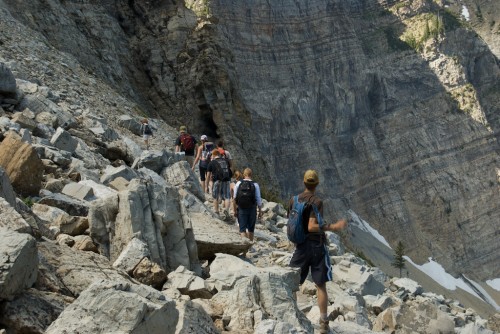 And: 5 miles from the trailhead and we're still bumper-to-bumper.

So there’s kind of that hole at the end, right?

This is what the valley (canyon?) looks like from the ledge, btw.

Anyway, then, there’s a ladder that gets you up into the tunnel. 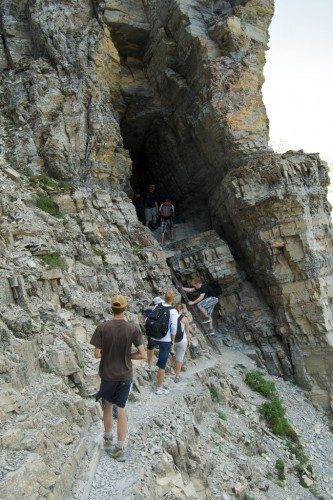 As evidenced by this photo.

But then, the tunnel’s not quite as big as it looks. 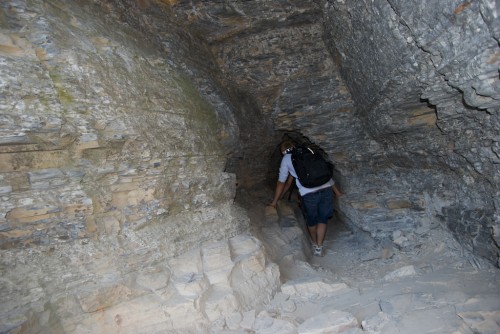 It gets tighter from there. Kind of like that one ride they had at Disneyland in the 70s. 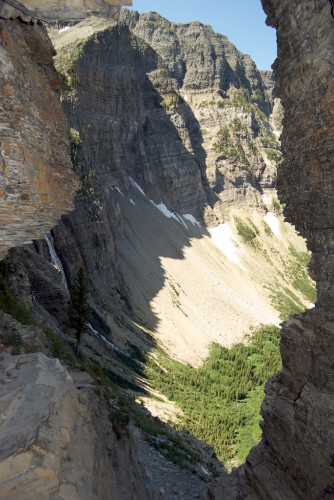 View from the end of the tunnel.

And then when you get out of the tunnel, there’s *this* ledge: 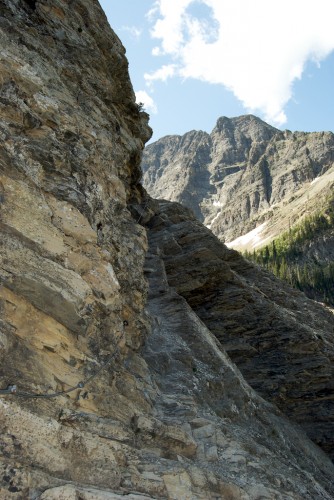 This is the less-hairy part. I wasn't taking photos during the portion where I was holding onto the cable with both hands and dangling my feet over the abyss.

Seriously. Although, to be fair, it wasn’t bad going up. Coming back down, though, when you can’t look at where you’re stepping without also seeing how far you’re going to fall if you miss your step, is somewhat more fear-inducing.

It's a long ways down.

And I’m kind of an acrophobe. Like, my palms used to sweat when I’d play Marble Madness on the XBox. Anyhoo: 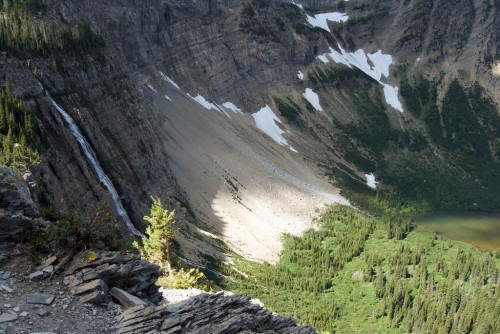 Another mile, another waterfall. That's not Crypt Lake at right, btw.

*This* is Crypt Lake: 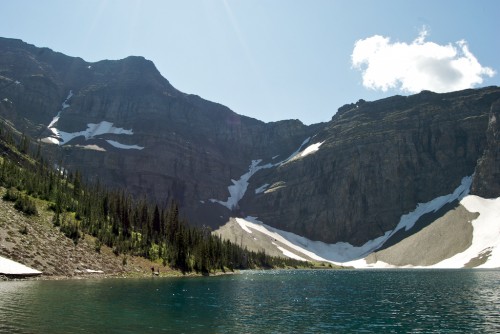 Which basically looks like other lakes that you can drive to.

It’s a little anti-climactic is all. And then you hike down the way you came. At the tunnel, you meet the people who came in the later boat. It’s awkward. Much dangling. And eventually the boat picks you up and takes you back to civilization. Everyone rides back together.

PS, The bottom 2.5 miles of this hike (each way, = 5 miles total) really suck due to tree prison issues. It’s an amazing set-up whereby the trees manage to block your view, but don’t block the sun. Stupid trees. 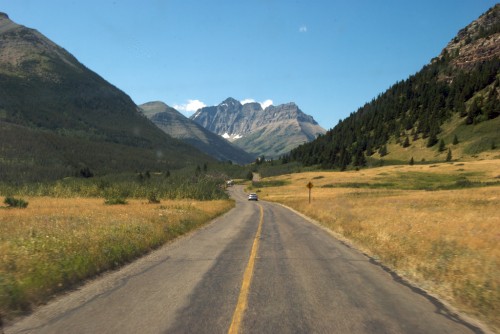 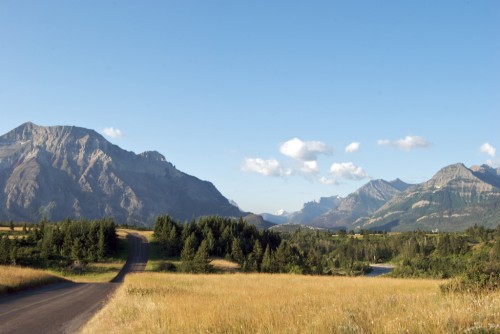 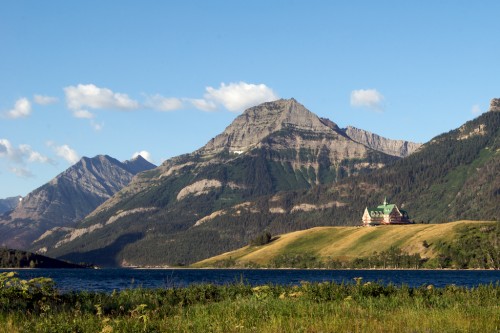 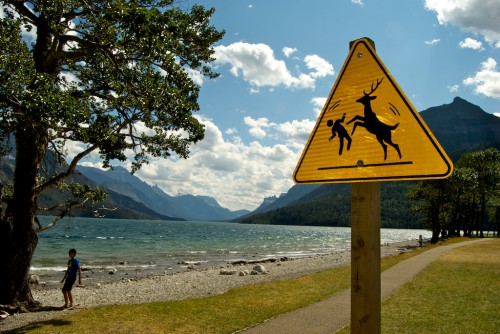 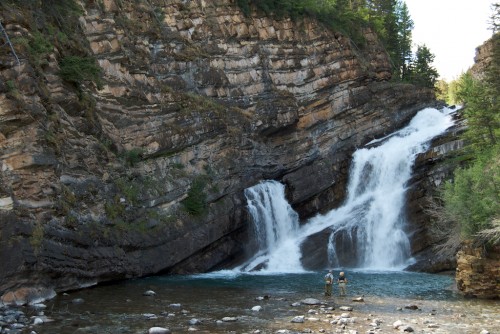 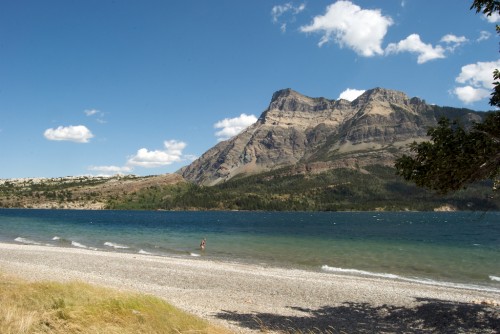