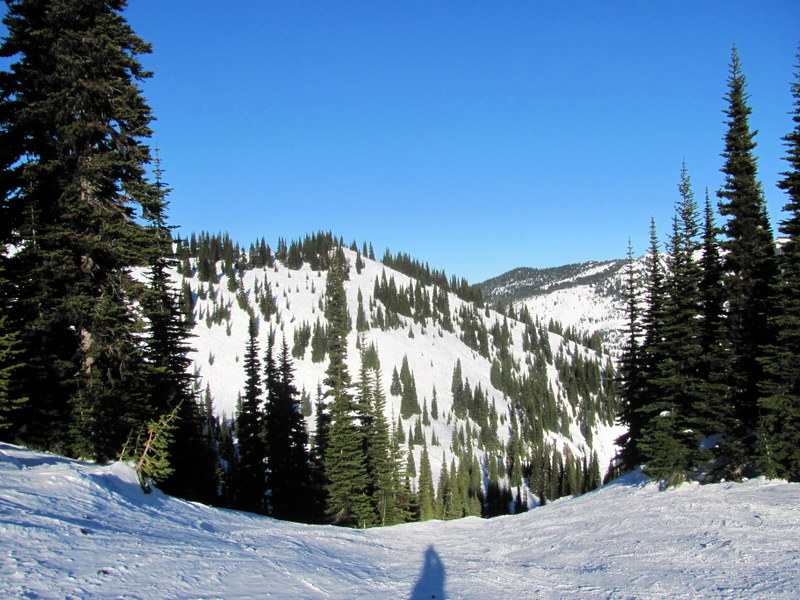 Headed up skiing to Crystal Mountain with my dad yesterday. I’m guessing I hadn’t been there since some time before 2000 (the year). Um. 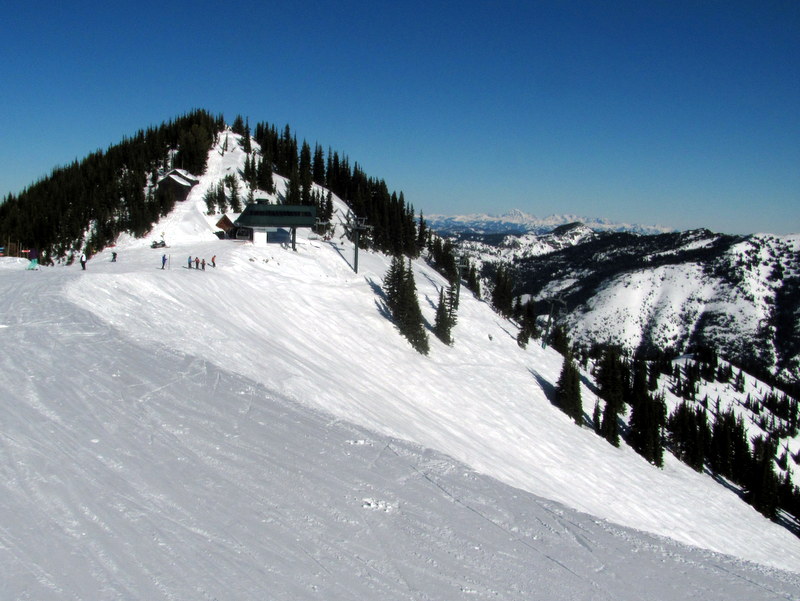 Here are some facts so that I can list here in order to break up the photos: 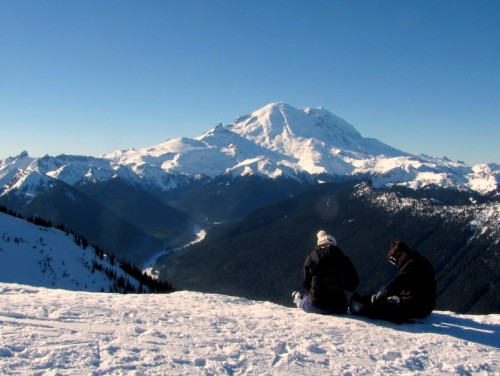 It feels like the top of the world up there. It’s also a little windy.

So then I spent most of the day skiing Green Valley. There weren’t crowds anywhere on the mountain, but there were especially no crowds in Green Valley. They have an express lift there now. I don’t know how long it’s been there. I could probably find out on the Internet. 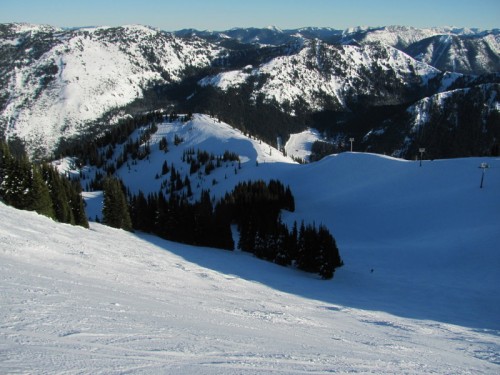 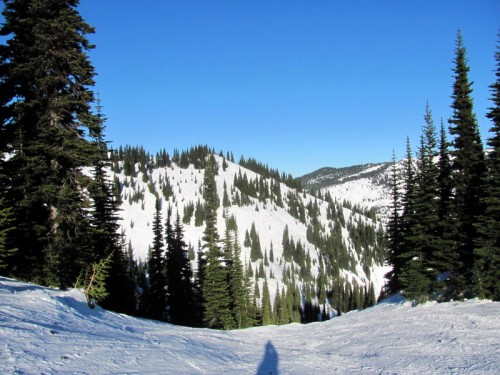 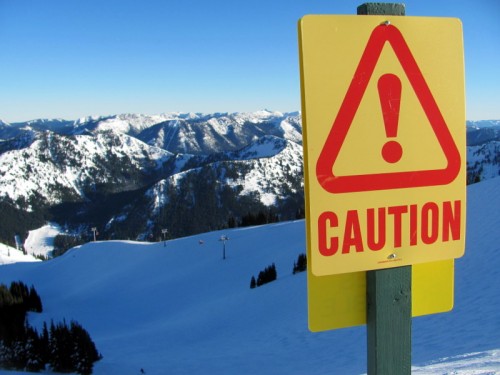 Presumably the caution was due to the presence of snow, a slope, and good visibility.

There’s also a gondola there now. It starts at the bottom (by the ticket booths, kind of below the lodge) and ends essentially next to the old #2 (Rainier Express to those living in the now). Here are three photos that include the gondola: 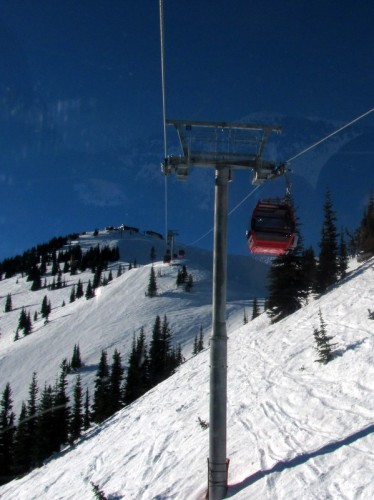 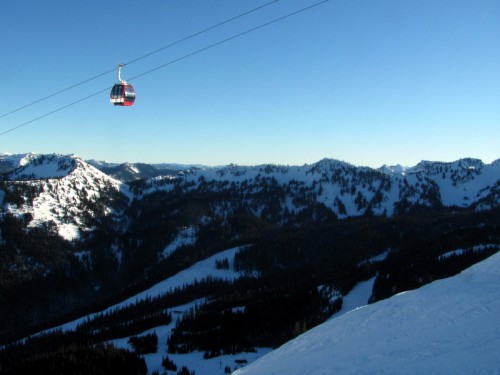 I’ve always been fond of those photos that make the gondola look like it’s flying at 30,000 feet. 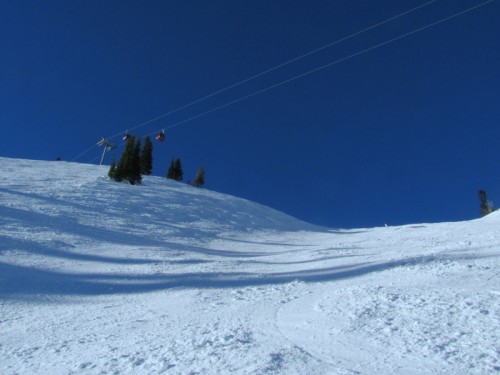 The view looking up Middle Ferks.

The gondola seems kind of under-utilized from a skiing perspective. It makes for a very long run, though, going top-to-bottom. Plus it costs an extra $8 on the lift ticket. I dunno. Neither Stowe nor Whiteface charged extra for their gondola. It doesn’t seem like the resorts’ cost-benefit analyses should actually be different.