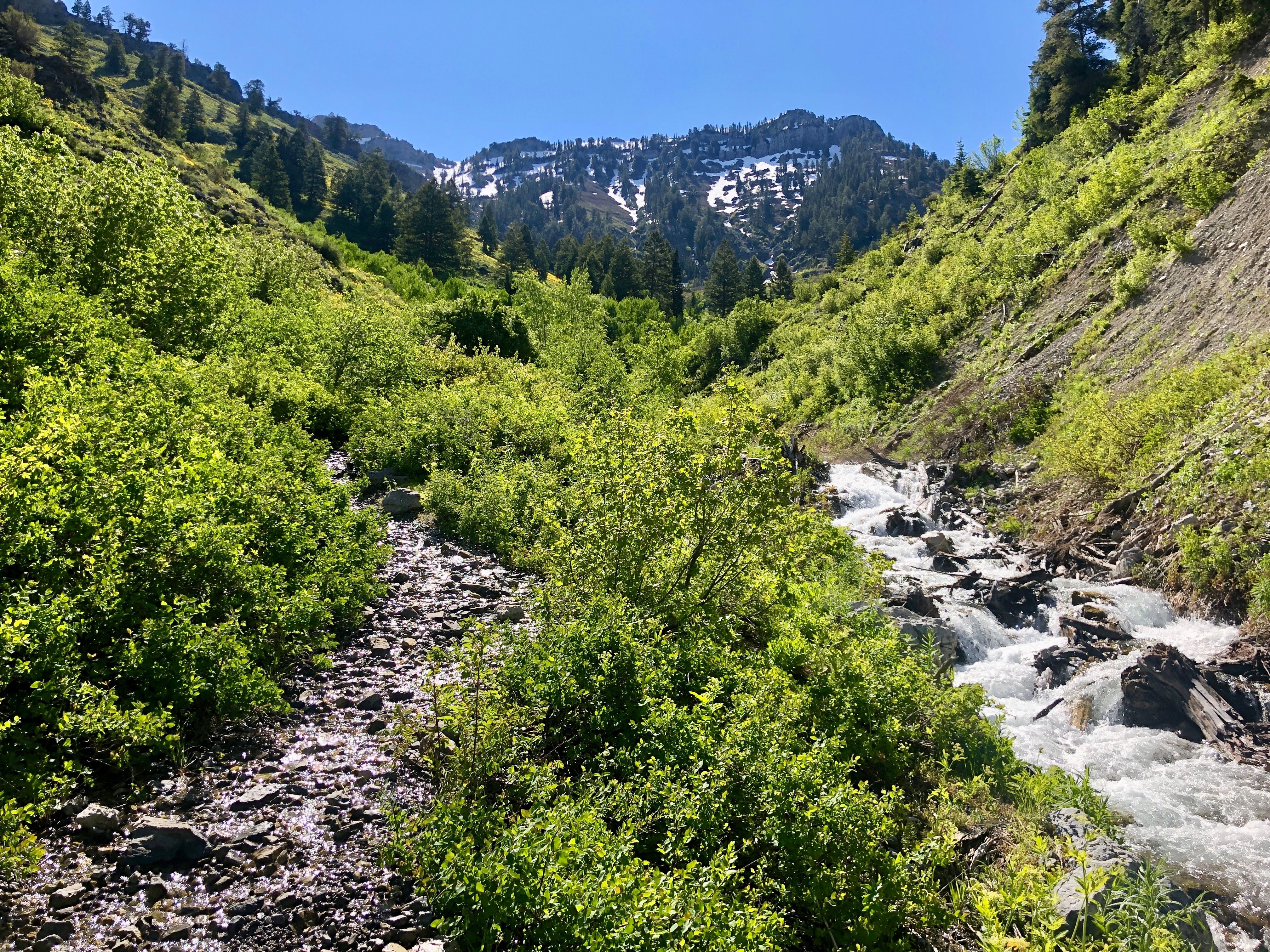 One day, I’ll look back on this post and be amazed at… I dunno. I can’t imagine what in this particular post is ever going to leave me thinking: yeah, that was a good use of a half-hour of my time or similar. Maybe I’m shooting too high.

This hike tl;dr –> Falls are nice, otherwise it’s kind of a steep tree prison with snakes. OTOH, lower starting elevation than a lot of the hikes around here, so it’s snow free when some other places aren’t. Also: what else did I have going on that day?

6 miles total (out-and-back), 2,000′ of elevation gain. Trail was a little overgrown with grass and weeds. Trailhead is at the Cherry Peak Ski Resort (there’s a parking lot just north of the base) near Richmond, Utah. Two creek crossings with narrow logs for bridges that the dog was too afraid of and so I had to wade across the creek both times while carrying her. Poor little dog. The water was high enough and fast enough that she made the right call.

So you spend the two miles or so in a steep tree prison. Can’t see anything but trees (sometimes the creek) and it’s pretty steep. Not my favorite kind of hiking. Eventually the trees get a little sparser and the scenery picks up.

A lot of wildflowers if you’re into that sort of thing:

Sun was in the wrong place for most of the hike. Maybe it’s more of an afternoon hike than a morning one. Is that a thing? I guess it can be now.

Here we go. Eventually I turned around so the lighting wouldn’t be a problem.

And then, eventually, there’s the waterfall.

So you got that going for you.

Hard to get from the waterfall viewpoint down to the waterfall itself, so we didn’t do that. Actually Aela kind of wanted to, but I didn’t want to go down after her — it was kind of just a cliff heading down there.

And then we got to the car and drove home.