The Evergreen Air and Space Museum

This is my favorite photo from there, but it’s not the most important thing in their collection or anything: 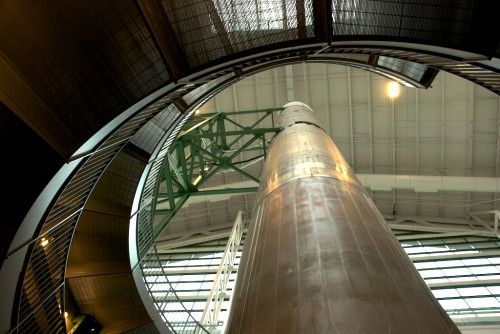 Titan II: Launcher of Gemini, Defender of the Free World

That probably begs a discussion on the meaning of the word “important” in this context and on the criteria and criteria weighting required to determine said importance. Or just: the Titan II may be the most important thing in the museum. It’s not the most famous thing there, though. This is: 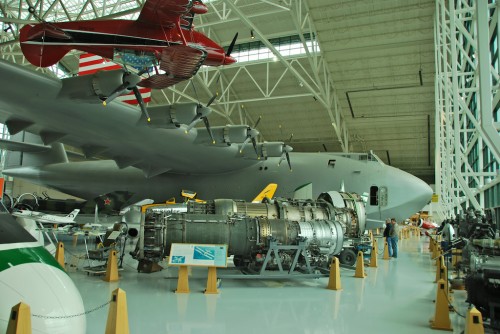 The Spruce Goose: Launcher of Howard Hughes, Defender of the Inside of the Museum

Which begs a discussion on the meaning of the word “launch”. Meh: life is imperfect. BTW, the important (or merely famous?) part of that photo is the big ol’ plane, not the two engines in front of it. And I’m sure the two guys in the picture are very important to their respective mothers. I tried to take a bunch of artistic shots of the plane, but they all basically look like a gigantic airplane with a bunch of other little planes around it. See above.

The Evergreen Air and Space Museum is “actually” two museums, meaning that it’s housed in two buildings (three if you count the IMAX theater) and they charge admission separately unless you buy admission for both together. Pretty museum, solid collection of stuff, and they have the Spruce Goose. They also have one of these: 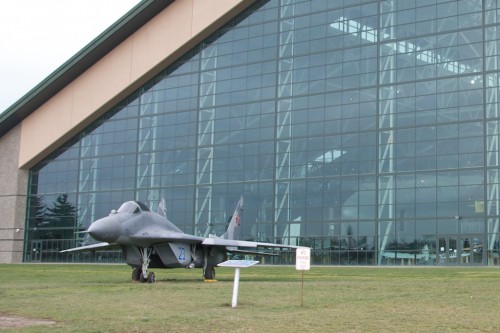 I dunno, I suppose the ominousness of the MiG 29 is probably lost on the current generation that didn’t grow up back before the West realized that the Soviets weren’t actually competent at stuff. But still, in its heyday, this airframe was the symbol of black-hat aeronautical engineering.

The museum is in McMinnville, Ore. and was sort of founded and is/was bankrolled by Evergreen International Aviation, which I think might do some cargo operations as well as, like, water-bombing stuff for (against) forest fires maybe. And maybe some contracting with internationally recognized clandestine service organizations — who’s to say? Wikipedia is vague in these matters. I skipped the IMAX theater. I should probably go to one again some day, but I established a precedent of not going to them during the road trip and I’d like to maintain some part of that road trip magic for a while longer, thank you.

Here’s an interior shot of a Ford Tri-Motor for some reason: 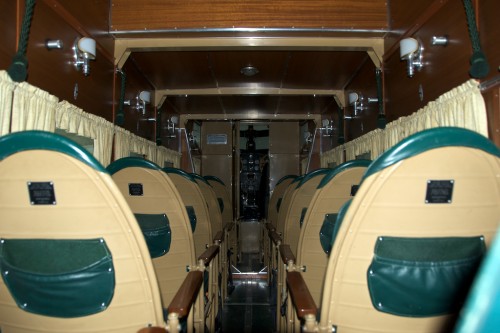 An interior shot of a Ford Tri-Motor.

They also had one of these at the museum: 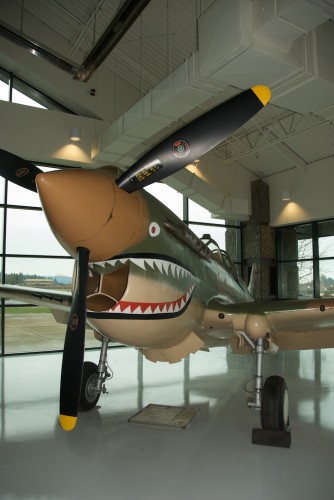 A P-40 Warhawk with Fighting Tigers livery and a handy drip-pan (which may have been made in China).

P-40s mostly flew for the British and Soviets. But the drip pan adds a lot to the composition. IMHO.