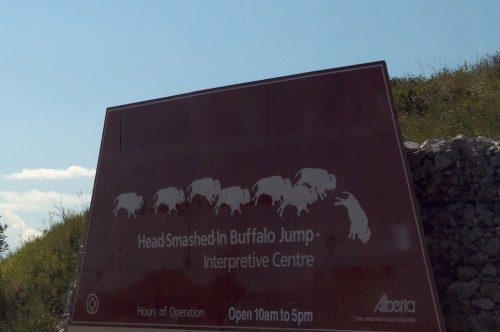 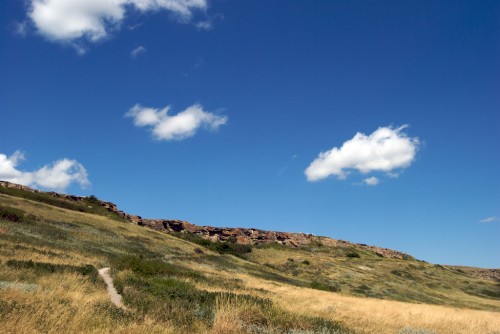 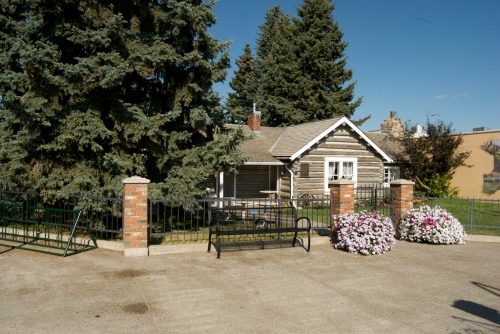 Crossing the Pacific in 1945 (A Letter My Grandpa Wrote)

My grandpa was in the Navy at the tail-end of World War II. A couple days ago, my brother sent me some page scans of a “letter” (it’s not a letter, but I’m not sure what else it is) my grandpa wrote while on board the fast attack transport USS Clinton. I’m not sure it has great historical significance, but whatever: old stuff is cool.

In case you care, here’s the text of the note:

The roar and rumble you hear are made by the diesel engine of a small tender. The boat on which your announcer is riding [is heading] toward the flagship of what will be one of the largest convoys yet assembled during this or any other war. We are seeing history made tonight. Before the dawn breaks, the big hulking shadow toward which we are headed will be leading 43 vessels, loaded with men and munitions, out to sea. And beyond the now-unseen horizon the enemy will learn again a lesson on American might.

The sky is clear, but no moon tonight. By the light of the stars alone we can see now one, now two, now three huge black shadows, which are hardly recognizable as ships. Some, as we pass them, are moving slowly, carefully in the darkness, maneuvering into position as the convoy pattern forms.

There’s a rumble of engines, perhaps you hear them, and a phosphorous-specked surging of white foamy water out of the inky sea as the big tub nearby swings ponderously around. On the deck, the sound of heavy chains and the shrill note of the bos’n’s pipe indicate the eager activity aboard.

Out of the black night before us looms our flagship in blacker silhouette. Our cox’n is throttling down already and is making his turn toward the ladder thrown over the side of the big black shadow now so close. He keeps the prop churning water though as the rise and fall of the endless swells keeps us bobbing first perilously close, then dangerously adrift of the ladder up which some are already scrambling to deck above. There’s activity up there. The growling sound of the winches and the whine of cable, the scrape of iron on iron tells us of final preparations for the hour we sail.

Up the ladder we go now. It’s catch as catch can and a quick jump, as the tender shifts close to the ship. Then on the ladder, hand-over-hand to the rail and onto the deck. There goes one, two, three men scrambling like monkeys up the side. Here we go!

Well, the crew is complete. We are all on deck now and the formalities of being welcomed onboard are taking place. May I come aboard sir? A snappy salute [is] returned by the Officer of the Deck and we are now a member of the convoy.

The ladder is being hauled aboard and below us now the tender, its prop revved up, is backing down. It is now turning to starboard and straightening away, sticking out across the bay toward shore.

Let’s move up now toward the bridge, the nerve center of the ship. In this cabin the ship’s wheel is located and the entire ship is directed from here. On this trip, the entire convoy will be directed from this deck, for as flagship we carry Commodore Beck, the man in command who will lead this convoy into the enemy camp.

There was also (apparently) a separate page attached to the letter that my grandpa had written (many years?) later:

Written aboard the USS Clinton while en route to Yokohama, where we said goodbye to the “guerilla soldados” who shipped with us and who were now denied their “hour of guts and glory”, but would now become the strength of a police action in the badly torn and crippled city of Tokyo (as was all of Japan).

It’s interesting. The thing that strikes me as particularly odd is that, according to the Navy’s record, the USS Clinton never went to Yokohama. Its travels per the Navy:

Later, the Clinton was used for target practice. Of course.

Like I said, though, no mention of Yokohama. I’m guessing the ship must have transferred troops from Saipan to Yokohama — that might explain what belongs in the gap between Saipan and Manila. A couple other things I was wondering after reading the document:

So I guess that’s it. Here’s a picture of the letter: 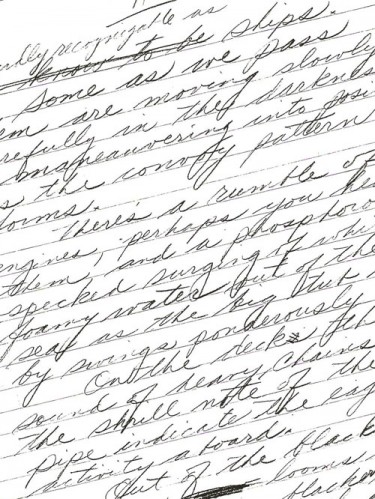