Banff without Getting Out of the Car 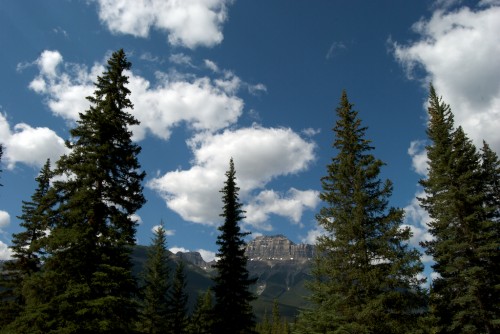 They have trees and clouds there. 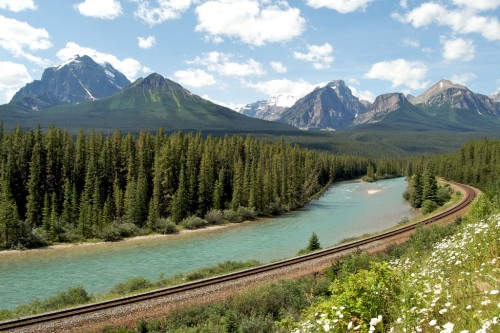 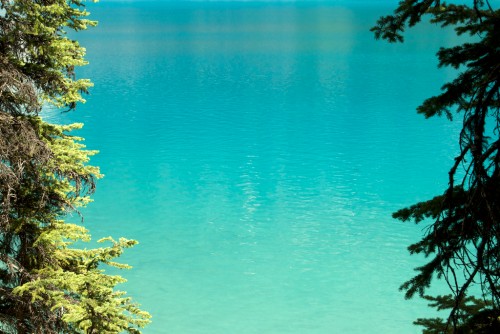 Moraine Lake is this color. 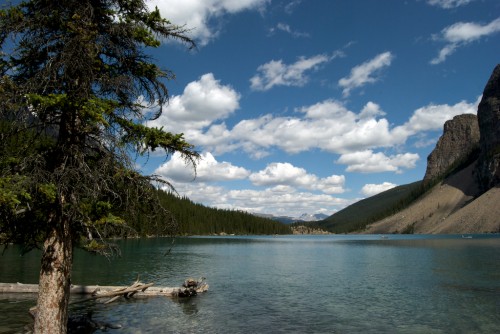 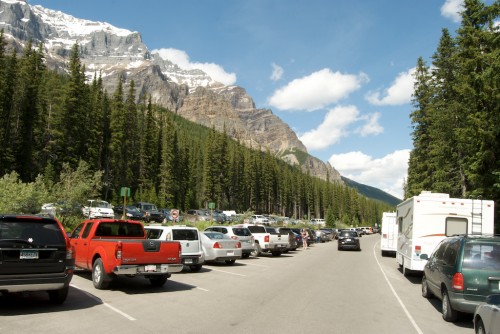 ...And tourists and their cars as far as the eye can see.

My friend Terry once told me about the reporter who was sent to cover the story of the Hindenberg landing. The reporter came back to his editor later that day and explained that there was no story there since the Hindenberg didn’t even land. Point being that if one arrives at Banff (or Jasper) expecting the story to be “getting away from it all in the rugged loneliness of high peaks and natural settings”, one isn’t going to get that story there. Downtown Pittsburgh is lonelier than anywhere worth seeing in Banff in August. Unless the Pens are playing.

Another unexpected story in the Canadian Rockies: the sun is always in the wrong place. 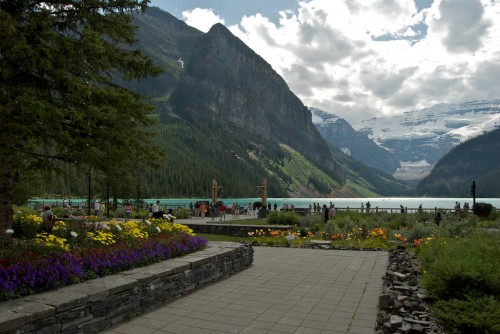 And there's only so much Aperture (bzw. Photoshop) can do.

That last photo is Lake Louise btw. I tried to get money in the ATM at the hotel there, but the ATM told me it couldn’t reach my bank. Coupled with my cell phone not working north of the border, it was times like that when I realized I was in a foreign country. That and when all the signs were half in French.