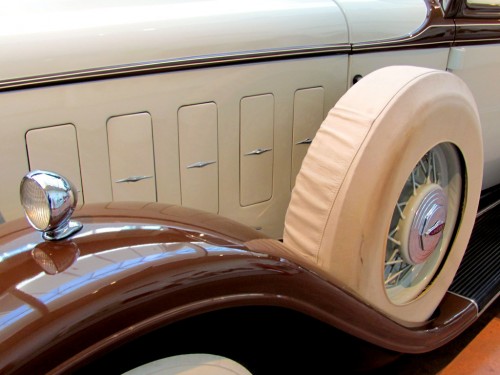 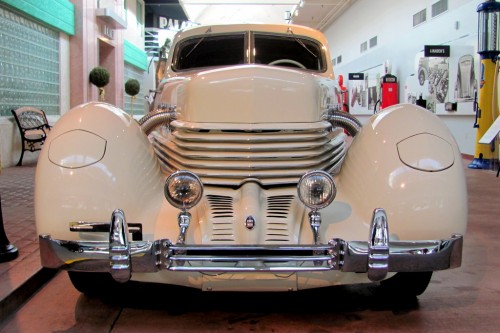 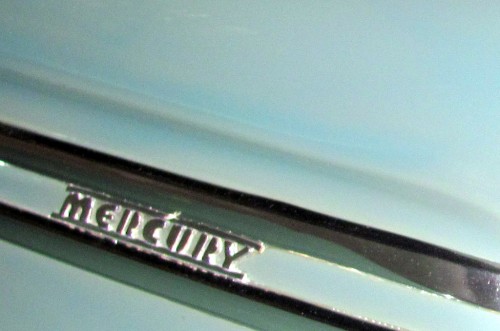 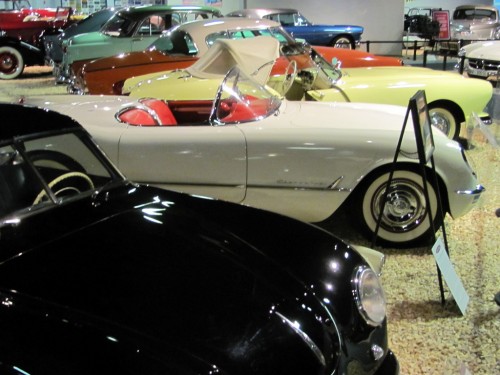 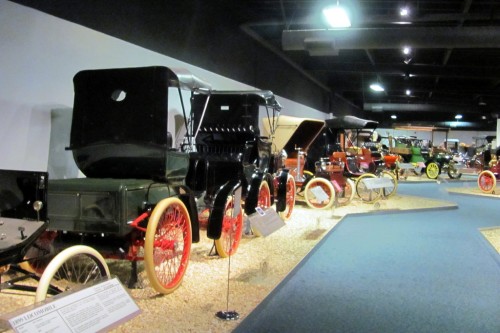 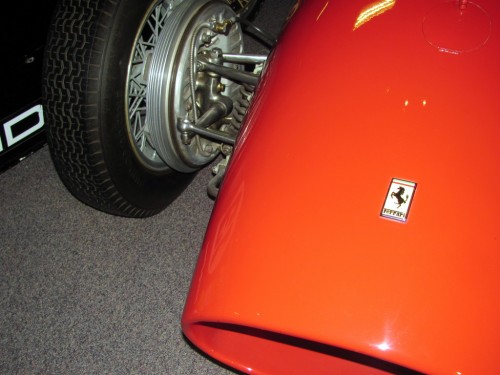 Weather: Sunny with high winds at the top.

Mt. Rose was exactly as advertised: unpretentious, locals-centric, solid vertical and elevation, and windy (although I think everywhere was probably windy that day). In terms of attitude and vibe, Mt. Rose was night-and-day compared to Heavenly (and Squaw) and, ceteris paribus, I preferred Rose’s relative easy-goingness – not that ceteris ever *is* paribus. Conditions were pretty firm (not icy) on-trail and off-trail was cruddy (this included the tree areas unfortunately). Mogul runs were carved deep with pretty inconsistent snow (thanks to the warm weather, lack of recent significant snowfall, and wind I’m sure). Spent all day on Northwest Magnum 6 (heckuva lift name) after hearing that the east-side runs were more scraped. 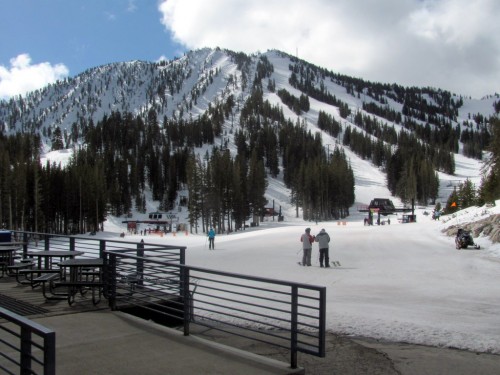 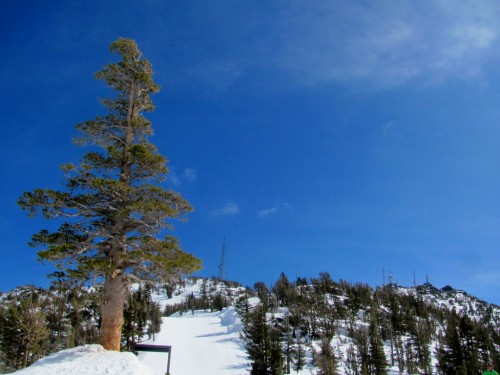 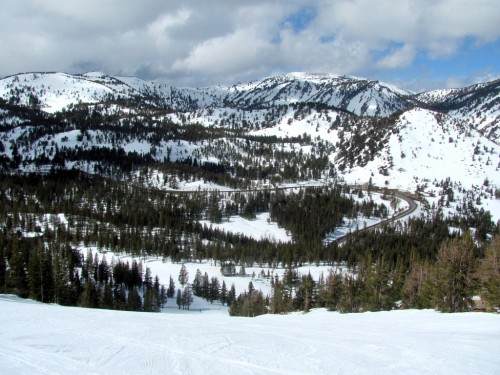 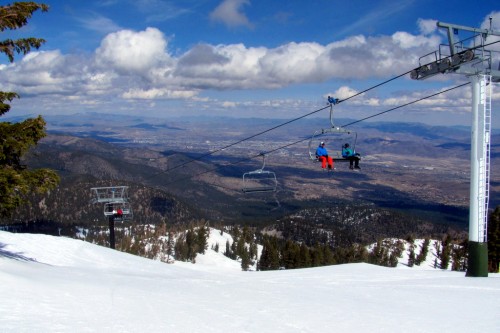 It was exciting to be able to see our hotel from the top. 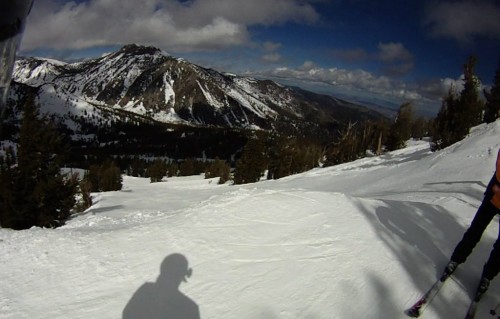 Conditions were definitely a little firm that day. That said, it was hilarious listening to locals complain about how terrible the “ice” was. At Blue Knob that’s called straight-up powder.