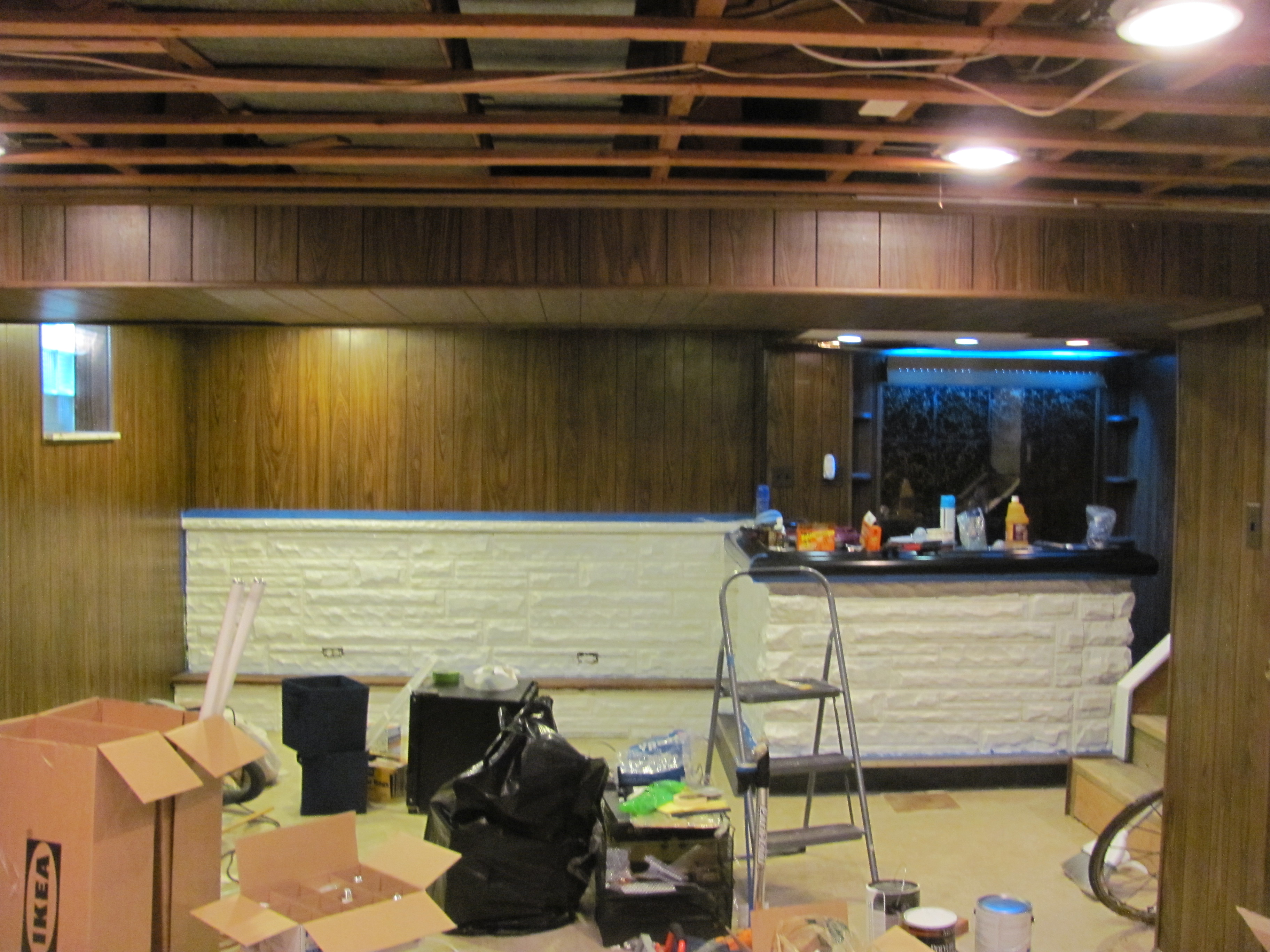 The basement was finished some time in the 1960s. I take it that odd things were in vogue in that time period. Plastic, for instance, was a miraculous victory of man over nature. Similar to TV dinners I imagine.

So the guy who owned this house before I did thought he would really Pittsburgh-up the basement by painting the fake plastic rocks in the basement game room until they looked like this: 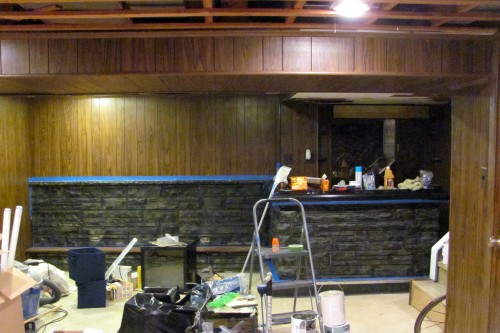 Then this is what they looked like after primer: 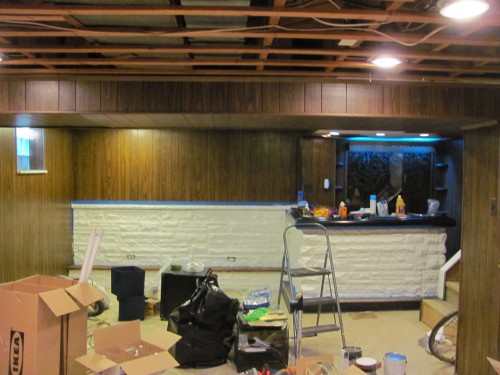 The Ikea box really dresses up the room.

Then a couple days of fake rock and grout painting later… 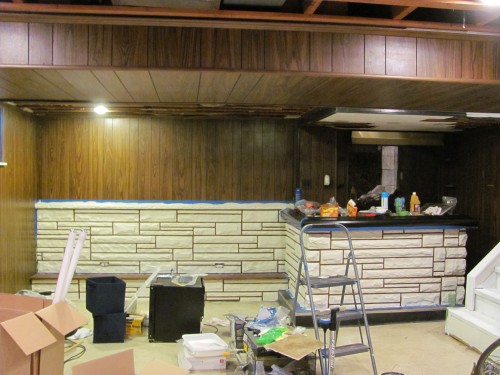 Painting the grout was irritating and sloppy. I need to still go back and touch up the rocks. The rocks are “white clay” and the grout is “chocolate sprinkle”. I don’t choose the colors by the names.