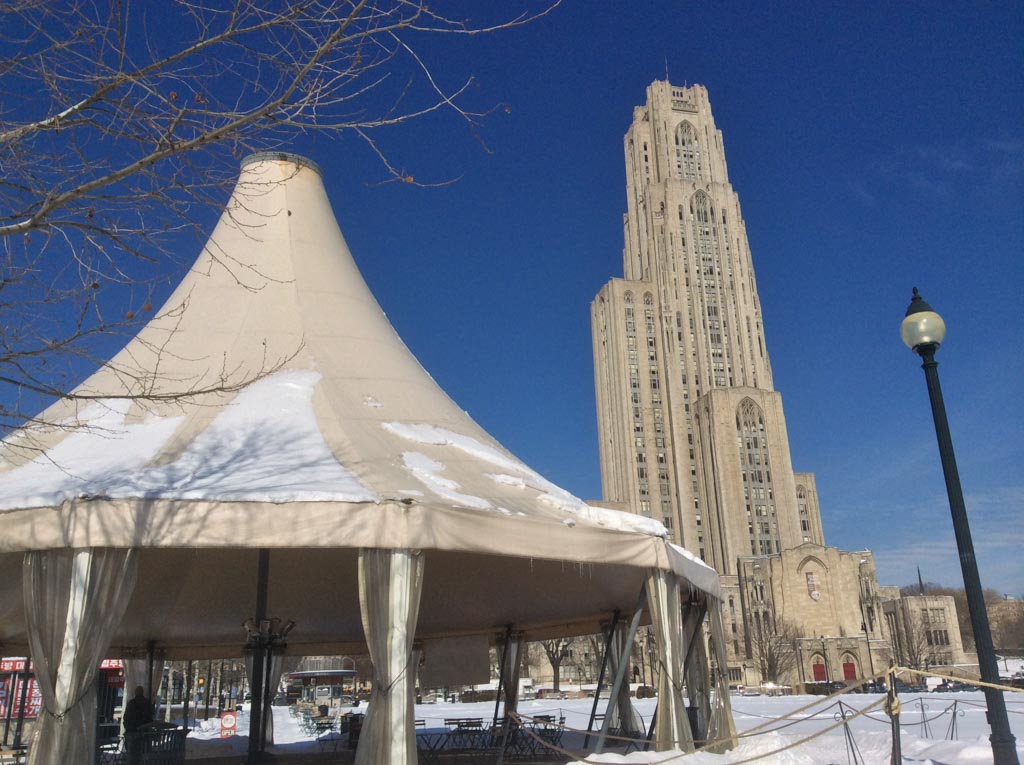 That One Time I Graduated for the Last Time (Probably)

This was back in April. Flew — man, I almost typed “home” — back to Pittsburgh for to graduate finally. I technically graduated in August 2014, but that meant that the next real convocation would be in April 2015. Ergo: this was back in April. Graduation was, I dunno, I guess getting hooded is more exciting than changing which side your tassel is on. I didn’t shake the dean’s hand on the way off-stage (everyone else did — sycophants). Went to dinner with my parents and Dennis the evening of graduation, attended the P7 ward barbecue on Saturday, then hung out with Shivendu and Shaadi Sunday morning.

Hotel was kind of expensive for Pittsburgh. Car was cheap as usual. Here’s a photo of me and Dennis, provided as evidence that something happened. 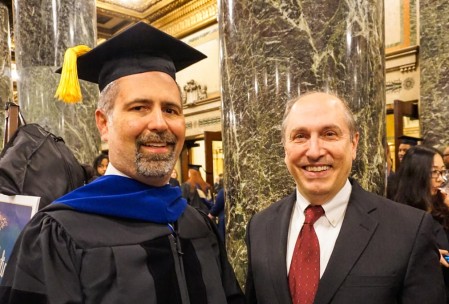 It was boring waiting for all the MBAs to walk on stage.