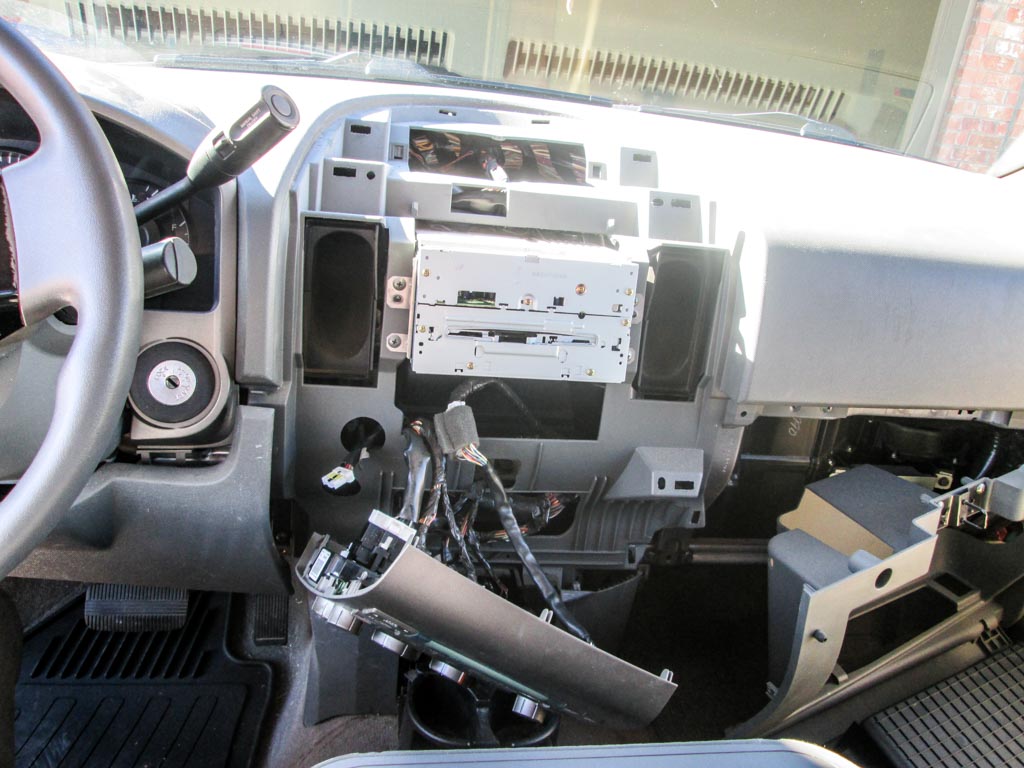 DIY: Fixing the Center Dash Bezel on My Truck

I recently became intimate with a lot of plastic. And all the dust hidden inside the dashboard. And sometimes little plastic tabs probably aren’t the best solution, even though they are the solution that was chosen for you 11 years ago or whatever and you don’t really get much of a choice about it.

My truck had this rattle for a few years in the dashboard. Usually I could get it to stop by hitting the top of the dash (there’s a tray above the radio head unit in the top of the dash) and re-settling whatever bits had gotten loose. One day, about, oh 15 months ago, the dash started rattling. I smacked the top of it and the plastic cratered. As a result, I had a large hole in the top of my dash where the tray used to be. I never took a picture.

I ordered the replacement part the next day. A mere 14 months later later, I opened the box it came in and decided it was probably time to stop driving around with a hole in my dashboard. It turns out that you can’t just replace the area behind the small tray. Instead, you have to replace the entire center dash bezel. Here are some pictures I took at various stages of doing so (but somehow none at all from the very beginning). 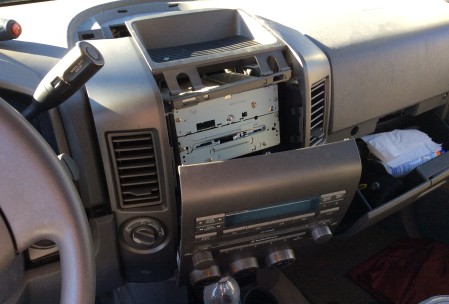 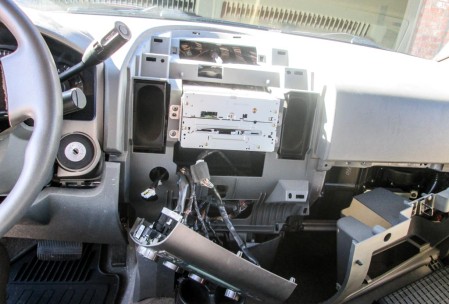 And disassembled. The radio head unit and HVAC dials are part of the gray thing hanging by wires in the middle. Taking the gray thing out required trusting that those particular plastic tabs wouldn’t snap. They didn’t (it actually shouldn’t have been much of a concern). 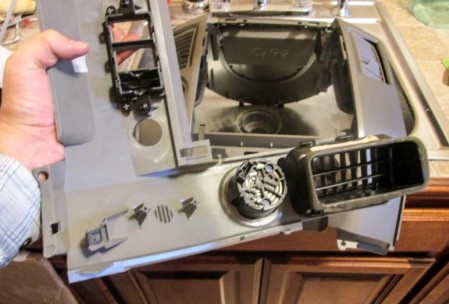 Foreground: old bezel. Background: new bezel. The old bezel kind of got broken in half when I was trying to pull it off, so it’s missing the top part. Also pictured: the 4WD selector’s back-side (the circular thing at the bottom of the photo). 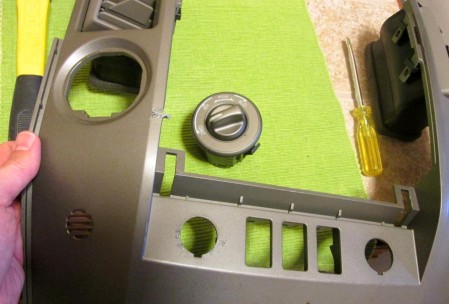 The 4WD selector, removed for reappropriation. You can see some struggle marks from a flathead screwdriver down by the left cigarette lighter opening. 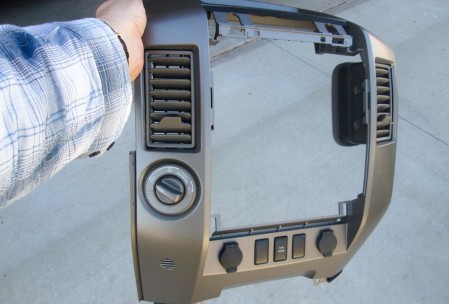 The new bezel after attaching the parts harvested from the cadaver (4WD selector, cigarette lighters, the three rectangular buttons at the bottom). 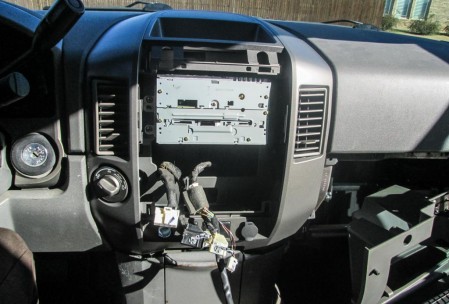 New bezel after being cajoled into place. There were a lot of plastic tabs that needed lined up. 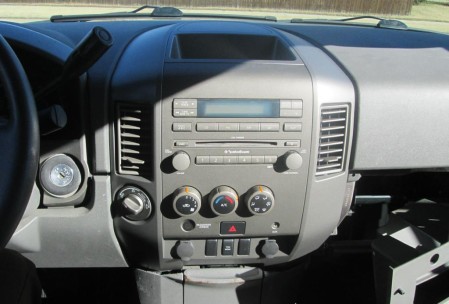 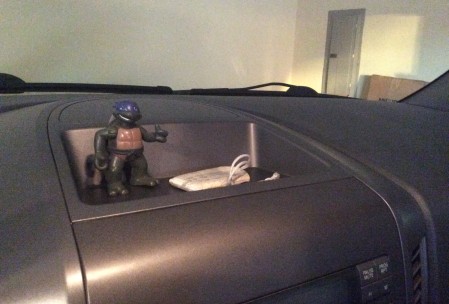