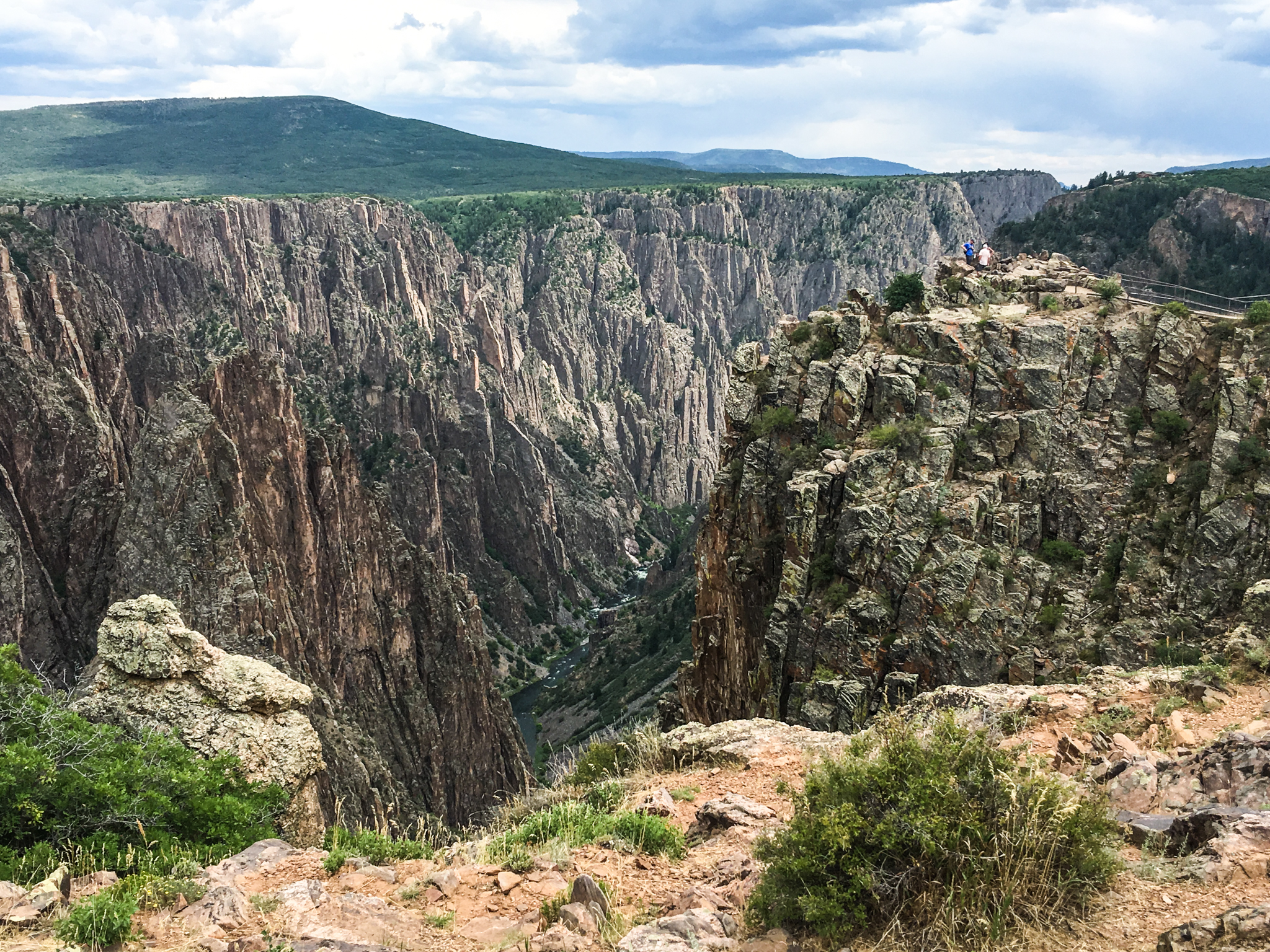 One of the primary goals of this summer’s road trip was knocking off a couple of theretofore unvisited national parks. Black Canyon of the Gunnison: knocked off (now). It’s one of the newer national parks and, common with other newer national parks, it’s not quite Yosemite or Yellowstone. It’s sort of like a much smaller, darker colored Grand Canyon to the bottom of which you cannot readily hike. I mean, you can do it, but you’re supposed to be rock climbing-capable. Anyway. It’s one of those parks, much like Grand Canyon or Bryce, where mostly all you’re doing is driving around the one park road and stopping at pull-outs to verify that, yes, there’s still a canyon down there. But smaller and less dramatic. 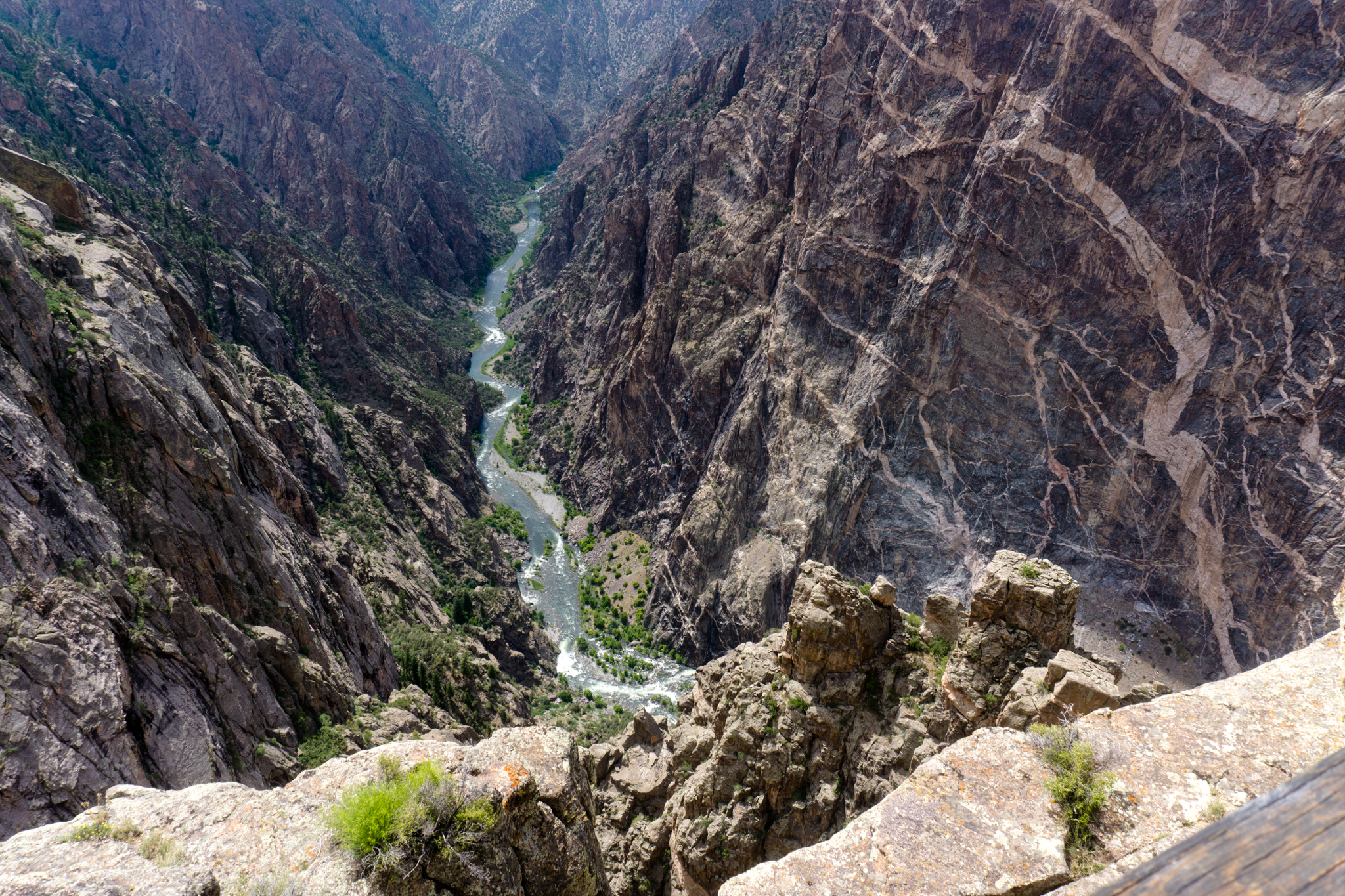 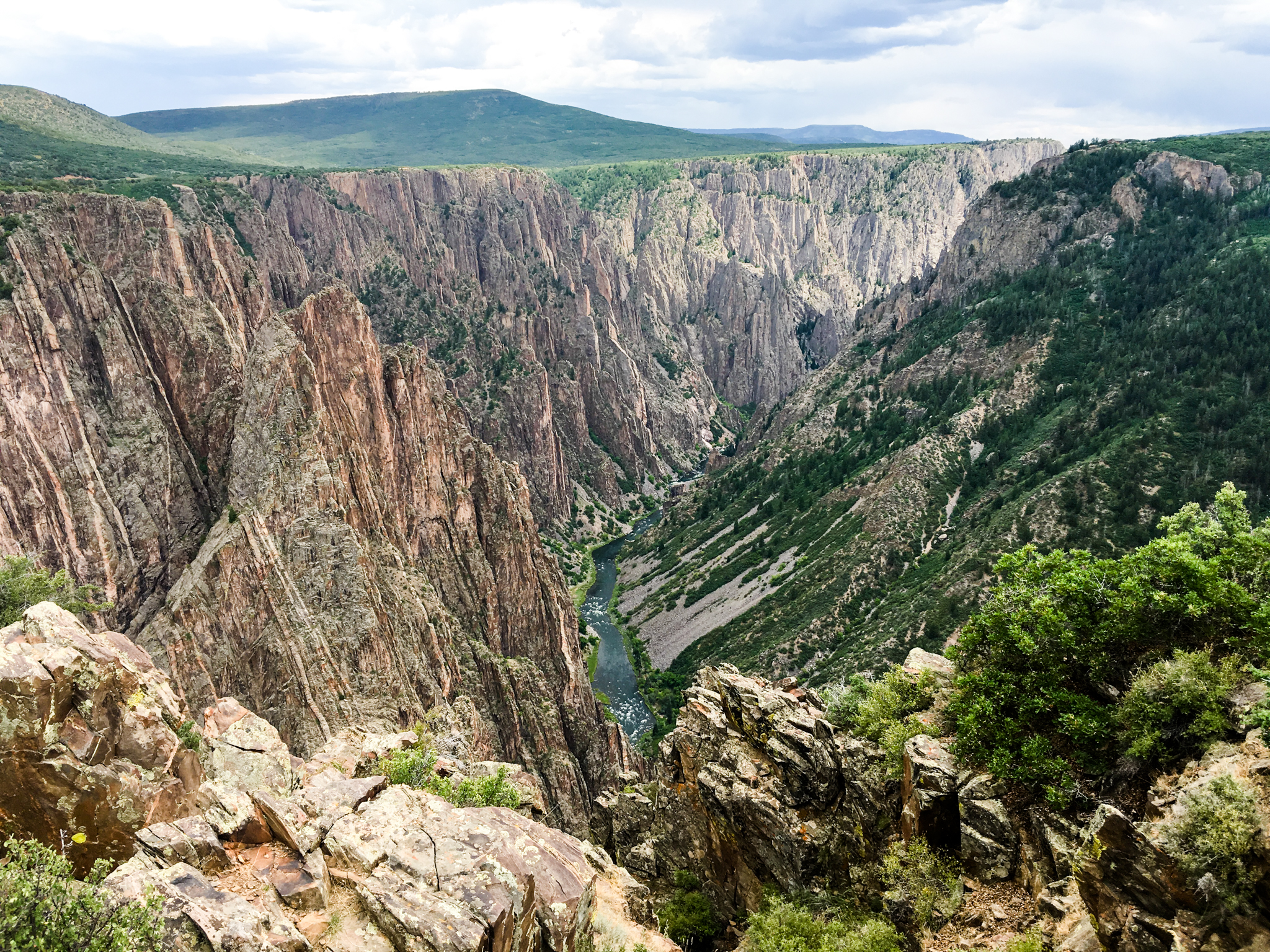 One of the two photos was taken at a pull-out called “Pictured Rock”. See if you can figure out which one!

It’s a pretty canyon and based on what some ranger said, the river is a technical one to have to navigate. They also have a “nature walk” there that’s like a 3-mile out-and-back. I went on it and, along the way, took this photo. 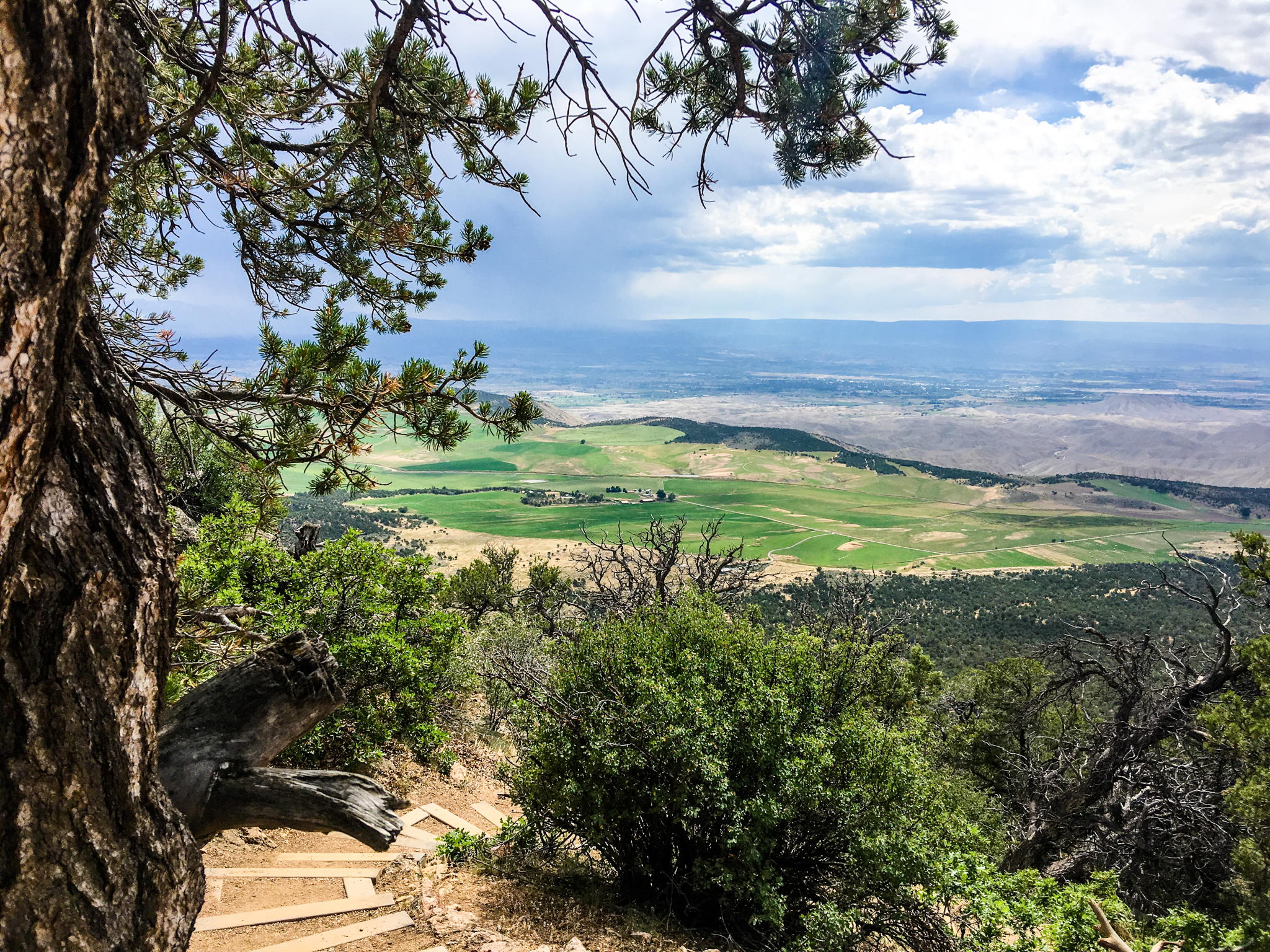 The photo is more interesting than the hike.

It was one of those nature walks where there’s a pamphlet that tells you what’s so awesome about everything. Except that on this one “everything” was mostly just junipers and pinyon pines. I mean, sure, awesome, but I shouldn’t have to walk around for an hour in 95-degree heat just so you can tell me about it.

Anyway, this is probably a national park best visited in the style of Clark Griswold. A couple good head-bobs and you pretty much have the gist of it.