Another Conference, Another Continent: 2.5 Days in Seoul

TBH, it was actually 73 hours. Just that it takes about three hours to get from the plane to town, then about two hours from town to the airport plus two more hours of “get there early” time (necessary at ICN). Anyway, about 2.5 days of functional time there, plus sleeping. Seoul!

It was supposed to be 3.5 days, but Delta did this:

And then I have to stand in line for an hour to get Delta to talk to me about re-booking, then it takes 45 minutes of the Delta rep being on the phone with another Delta rep to get me re-booked. Then I go to baggage claim to get my bags since I’m going to be overnighting and, just two hours after that, my bags appear.

At any rate, despite SLC being my “home airport”, I’m accumulating all my miles on Alaska these days. We’ll give them the next couple opportunities to be awful, meanwhile Delta can go back on the pile with United and American.

Korean Air was pretty great once on-board, though. Their economy-class seats have the same amount of room as every other airline’s economy-plus seats, the food was pretty good, and since Americans believe North Korea’s about to attack something, the flight wasn’t full and I had empty seats next to me both directions. 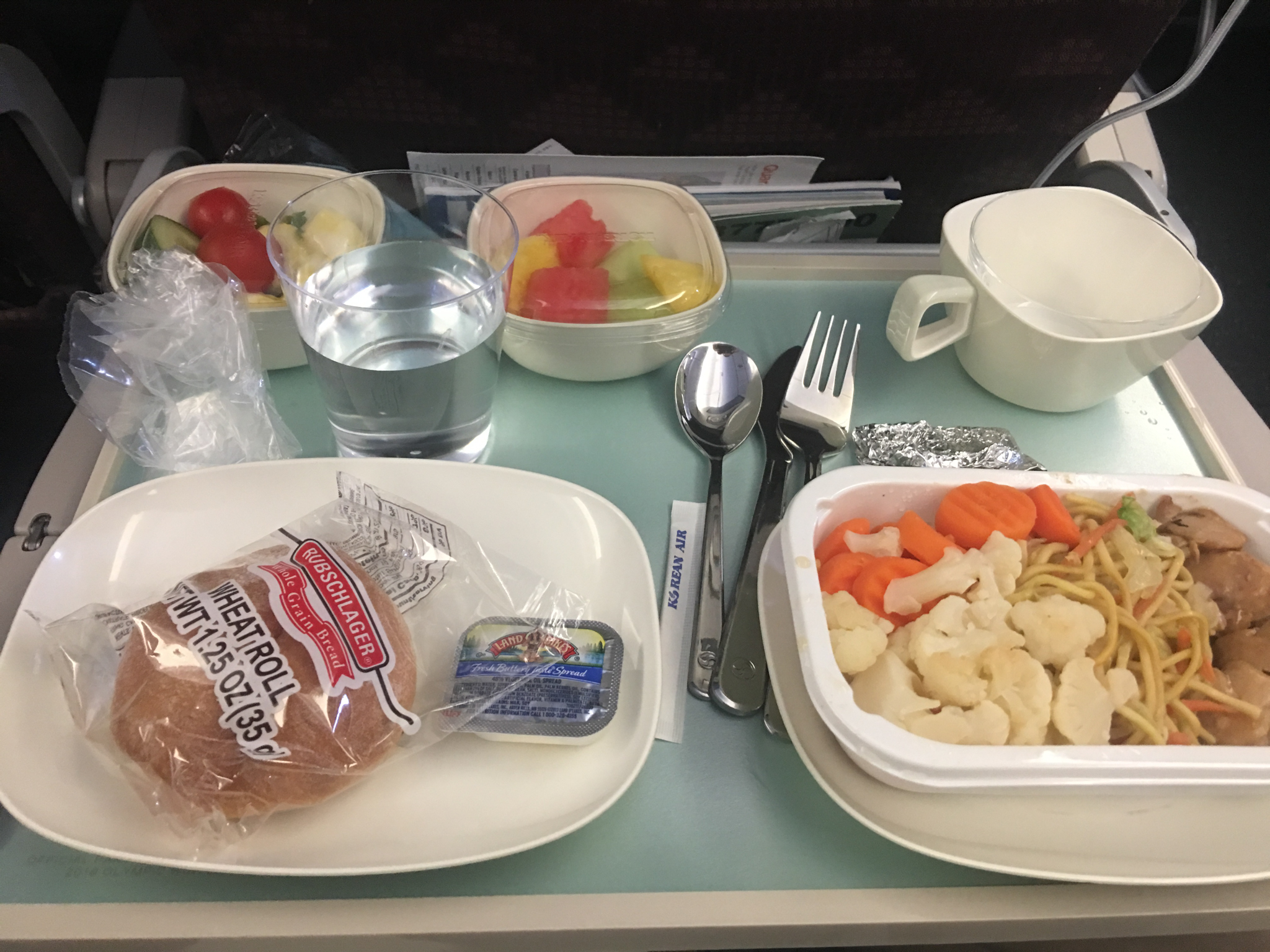 ^^ Dinner on KAL, the American option.

My hotel room came with a bidet. Most of the buttons seemed to do the same thing. 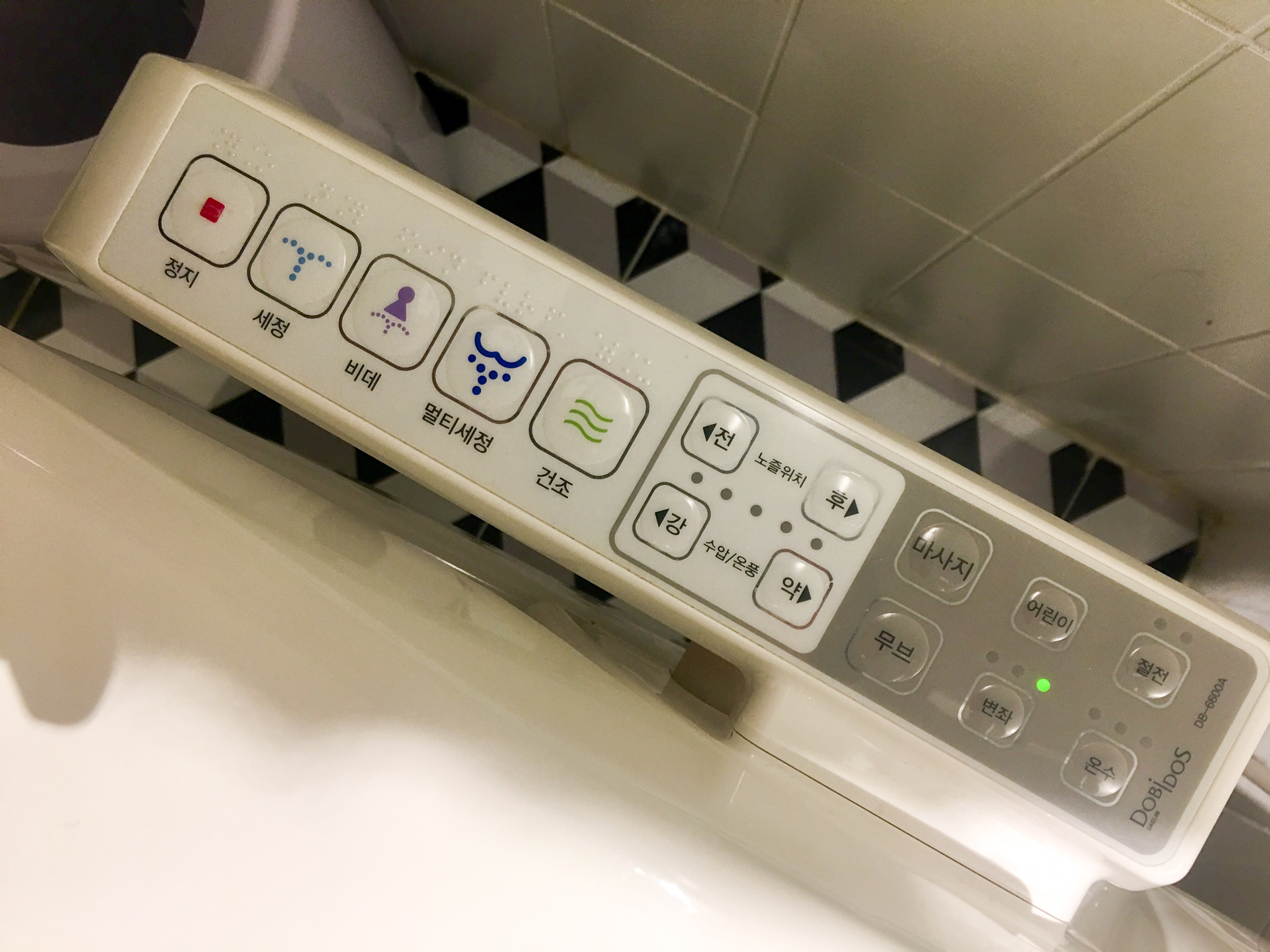 One of the better parts of the trip was having my good friend Inchan show me around some places and give me a “real Korean (tourist) experience”. For instance, here’s the palace that we didn’t get to until it was closed.

Then this is me getting an envelope of water at the Korean empire museum. 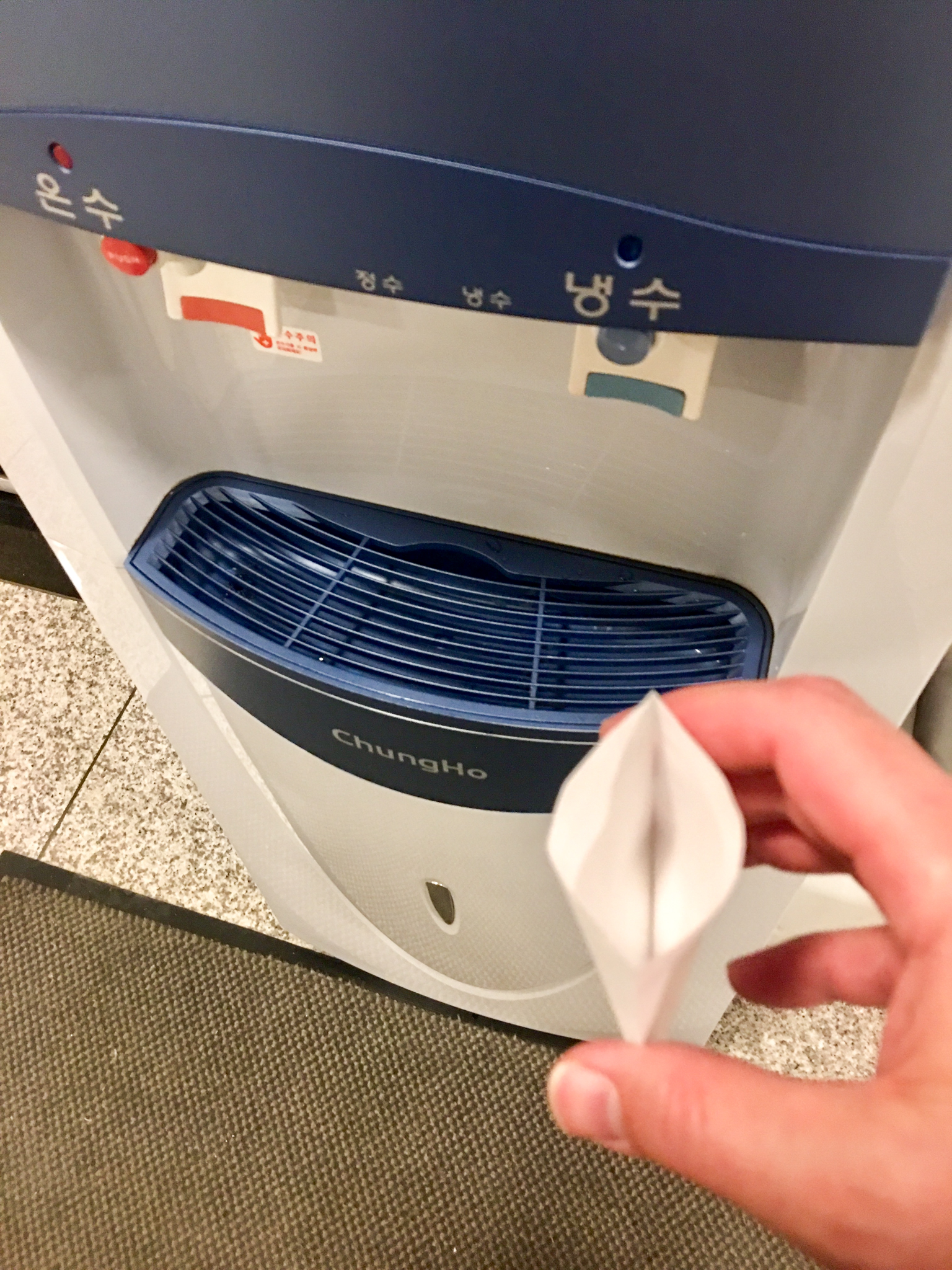 Inchan also made it a mission of his to show me where to eat. We didn’t eat dog. I was worried I might acquire a taste for it, which might really sour things for me back home with the corgi. Anyway. This was a back-alley barbecue place that was pretty fantastic. 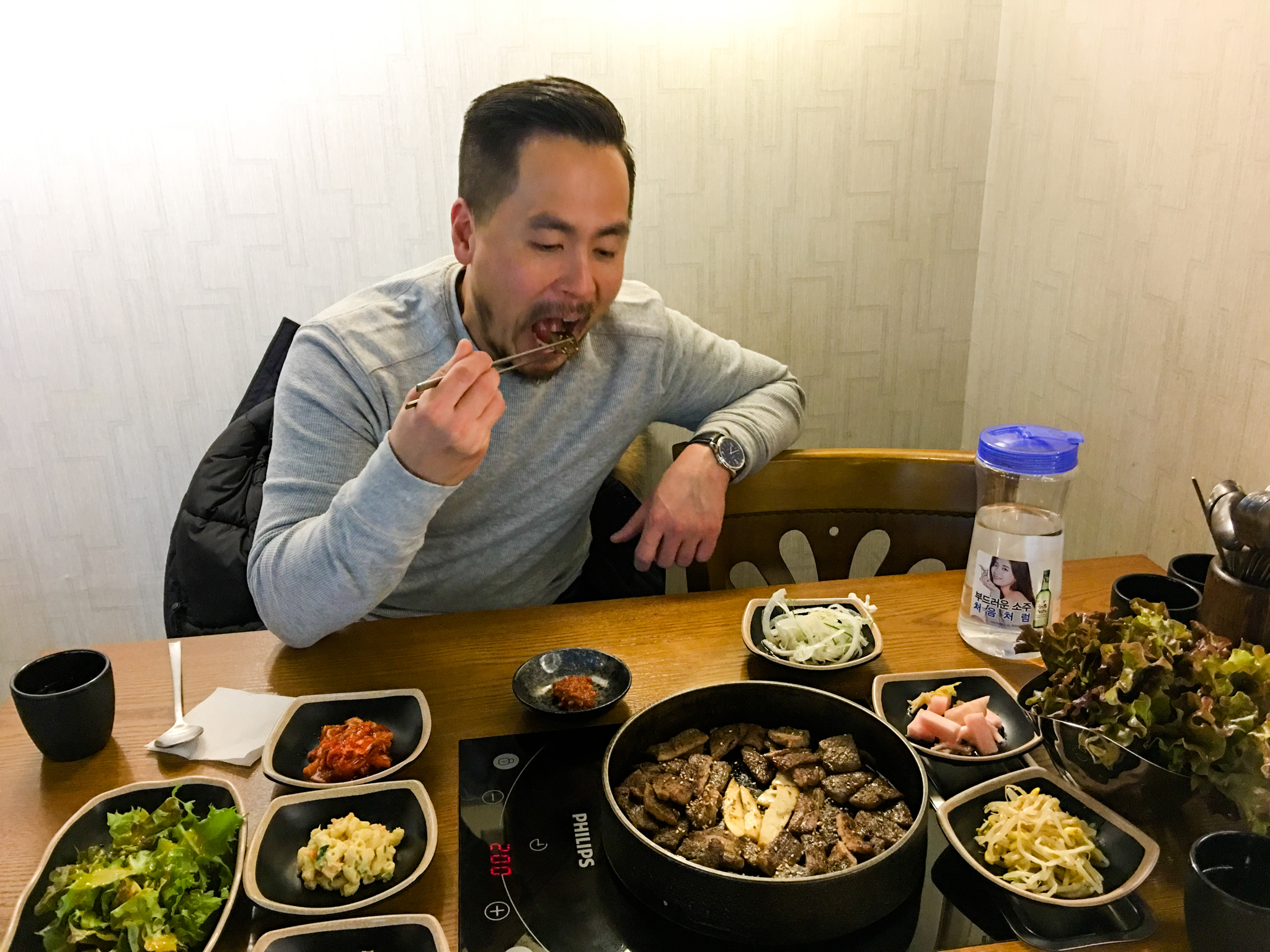 My buddy, Dave Eargle, whom I cunningly tricked into attending the PhD program at Pitt, and I went to the DMZ for about half a day. He worries that I don’t show pictures of other people on my blog, so: here you go, Dave! This is him waiting on the train to Pyongyang (which never did come 🙁 ). 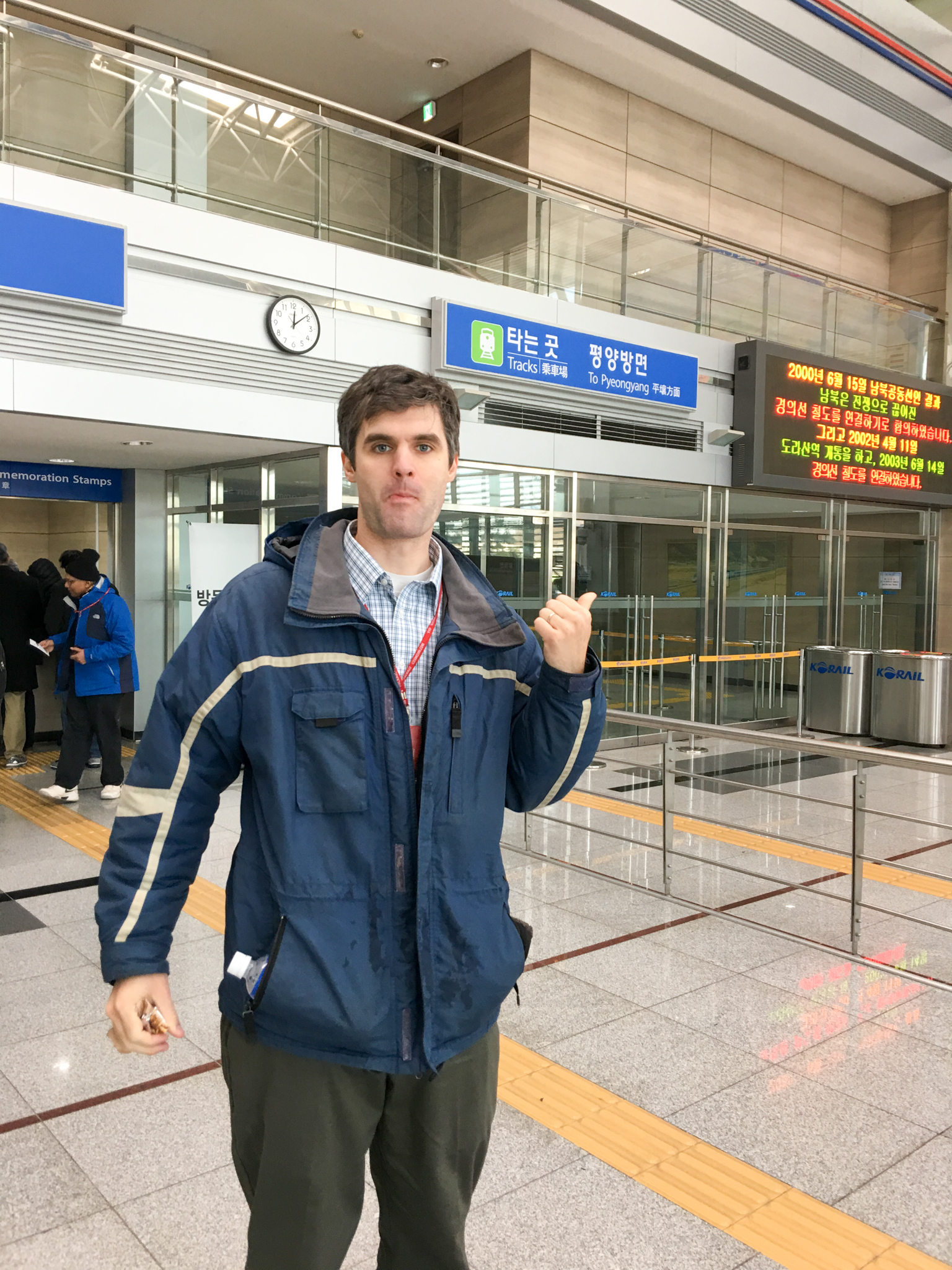 And then this is what mid-December in a large, Korean mall looks like. Long, dark coats are really the thing this year in Korea apparently. (Last year, sorry.) 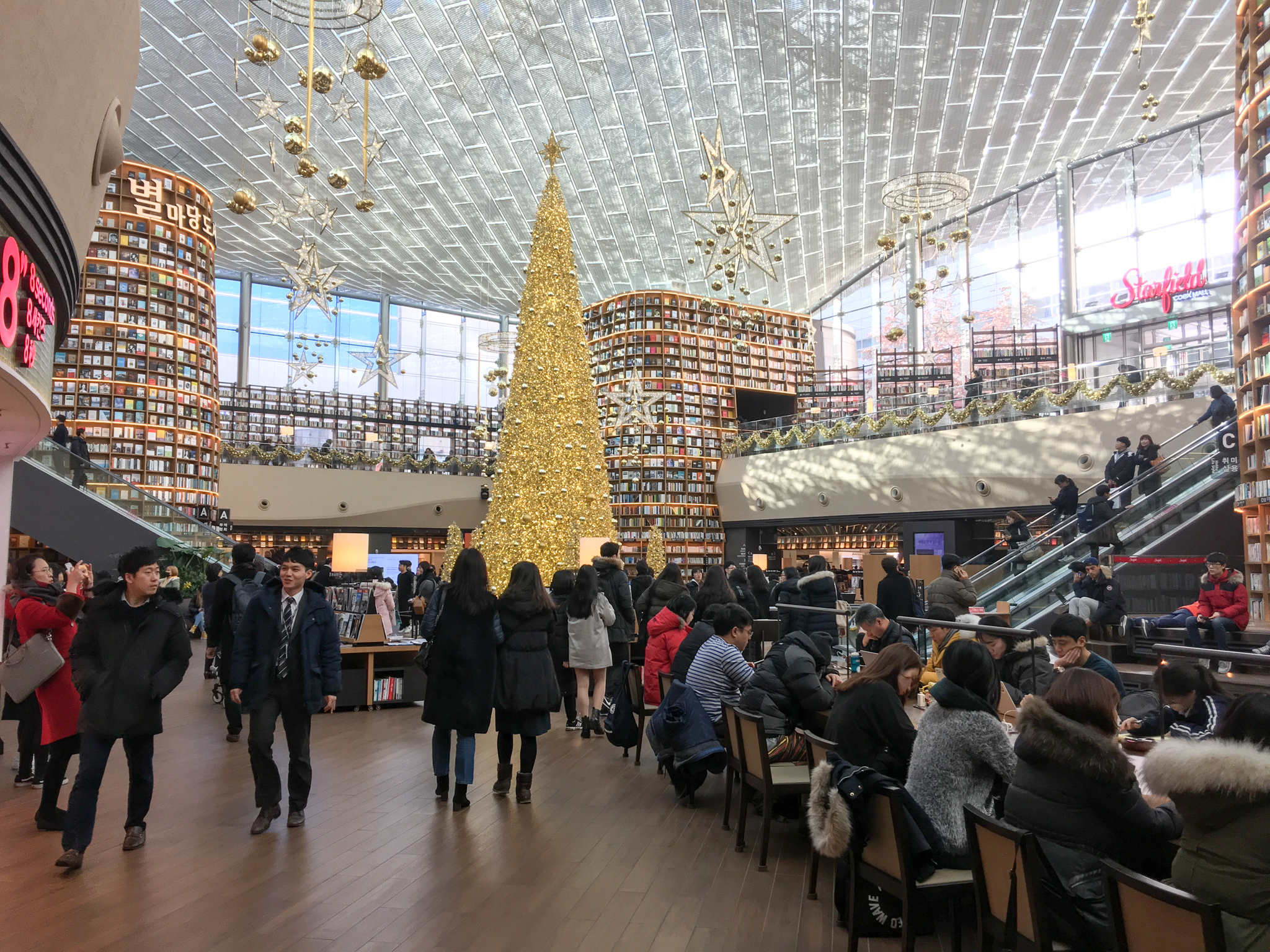 Finally, this is what my airplane looked like before I got on it. After? No idea. 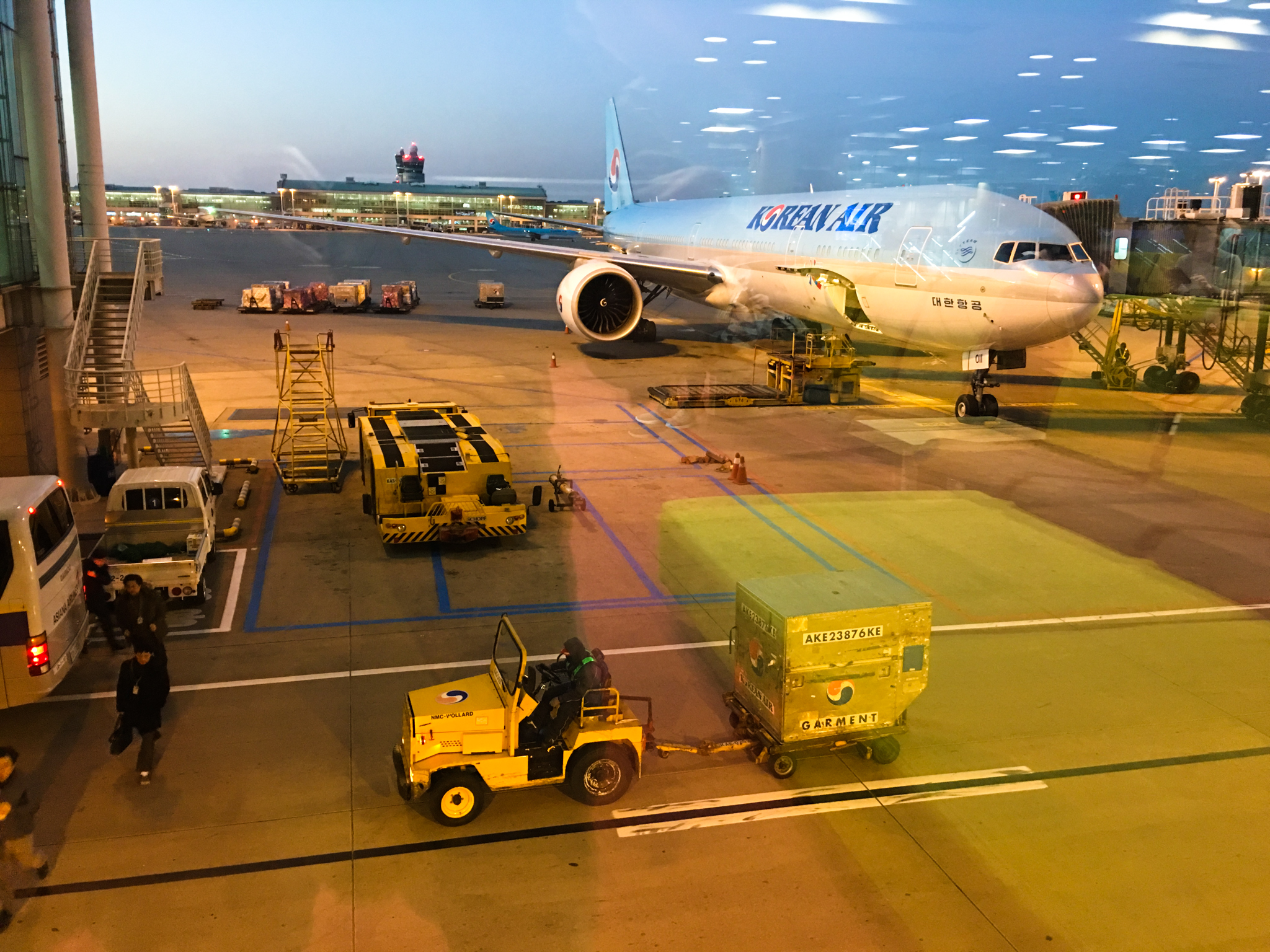 And when I got home, I still had the bronchitis I’d left with. But no jet lag either direction. Weird.