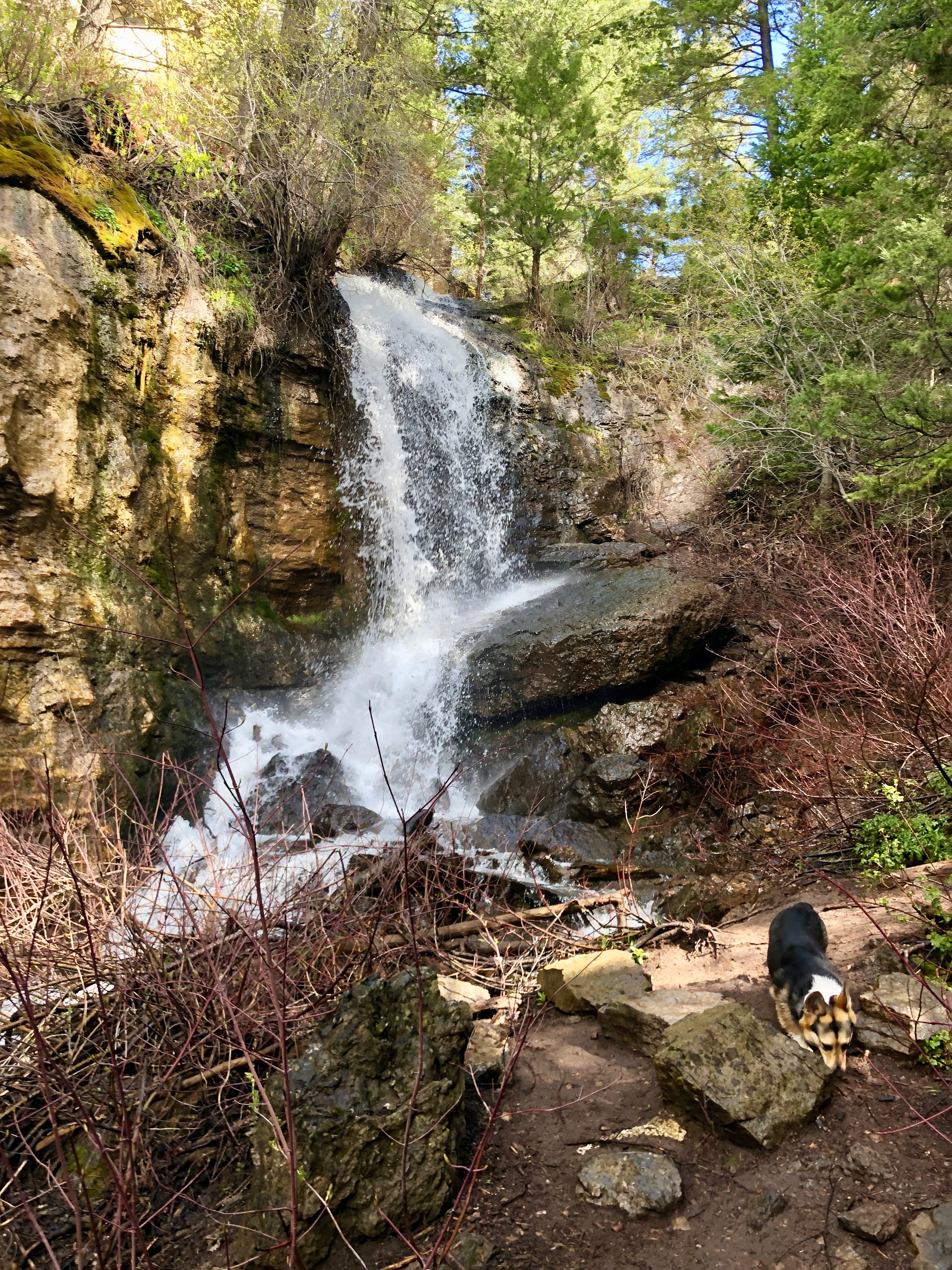 For whatever it’s worth, I have within the last 12 months gone on a dayhike and not reported on it. OTOH, I’m reporting on this one apparently.

Richards Hollow Falls is in Richards Hollow (!!), just up the Left-Hand Fork Road in Blacksmith Fork Canyon. These are all places in Cache Valley, a little south of Logan.

Three miles round-trip, IIRC it was about 1,000′ vertical gain so steep-ish, and not all that crowded I guess. I dunno.

Yet another hike,
Ends at a small waterfall.
Some river crossings!

Even haikus can be disappointing. The hike was fine, though.

You have to go down a pretty steep little slide to get to the place where I took that last photo. There was a log that had fallen over the slide, though, which stymied the dog. Which, I mean, good. Her life is way to easy. OTOH, I had to lift her over the log and she has muddy paws and can be a little squirmy.

It came out in the wash.

I’d never been up Blacksmith Fork Canyon before. The drive in was very pretty. It’s been a wet winter and spring, so everything’s green, which I like. If the climate here has to change, I’d rather it becomes more like Seattle’s than like Arizona’s. Much rather.

Also, once you turn off the main road and onto Left-Hand Fork Road, both sides of the road were turned into makeshift campgrounds for people with toy haulers and large RVs. It was a scene, felt a little like I was in the south, which… yeah. The folks flying the confederate flag kind of added to that. People are special, I guess.

And then I went home and continued doing nothing of interest.