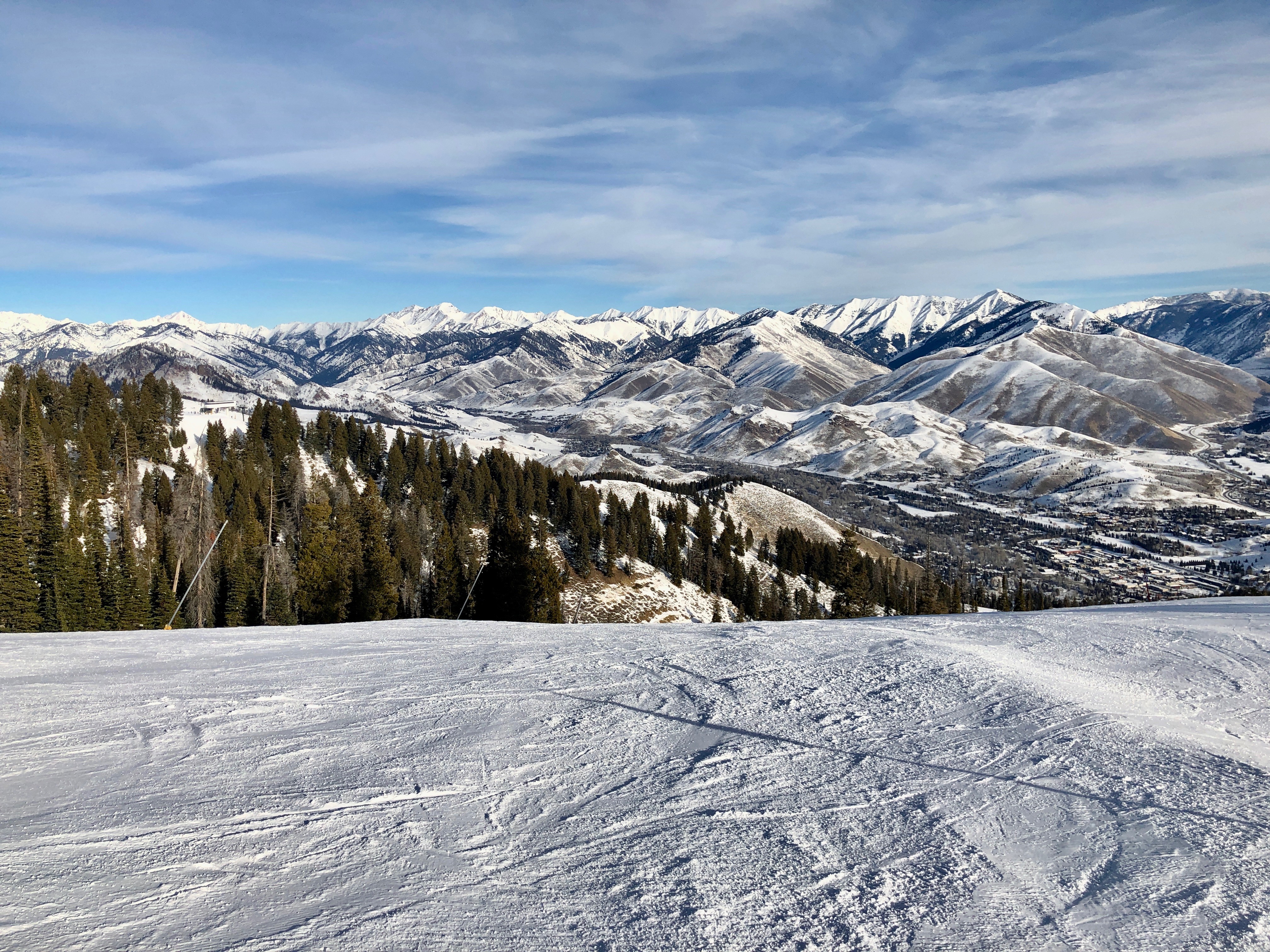 I had a Mountain Collective pass this year, which included two free days (I mean, free once you buy the pass) at each of Snowbasin, Snowbird, Alta, Jackson Hole, Big Sky, Squaw Valley, Mammoth, Taos maybe?, somewhere in Alberta, probably a couple other places, and Sun Valley.

I’d never been to Sun Valley before. It’s not that far away. I decided to make the trip.

It turns out that Sun Valley is the place to go if you want an east coast skiing experience without having to leave the intermountain west. The snow was fake and hard and good edges were all-important.

They don’t get enough snow there. IMHO. Here’s the artwork that was hanging up in my motel:

In which the place’s lack of snow has been memorialized as if it’s a good thing. The photo shows (a) which runs have snow-making and (b) what runs without snow-making look like. Neat.

Anyway, here are a couple photos, then I’ll complain more.

The worst part about Sun Valley was the regulars. If you ever want to see what 70-year-old trust-fund kids look like, this is your place. So much plastic surgery there and toupees there. Weird, weird scene. The random lift strangers, the locals at least, have a trust-fund attitude to match. They’re intensely crusty. Cranky, unhappy to meet you, and mad that you’re on their chair lift.

Sun Valley was like Pennsylvania’s snow with Aspen’s regulars (and, to be fair, Montana’s steeps). That’s not really an ideal resort.

Good luck with that ice chunk of a mountain.